How the Paris Panthéon Honors French Women (Sort of)

It’s historically one of the most difficult places in Paris for women to enter: and no, we're not talking about the Louvre or the French Academy. Defining the Left Bank’s skyline in Paris, the Panthéon is the resting place for some of the most revered men in French history. Women, however, have been notoriously unrepresented among the 78 tombs in the crypt—and it’s not because they never died. 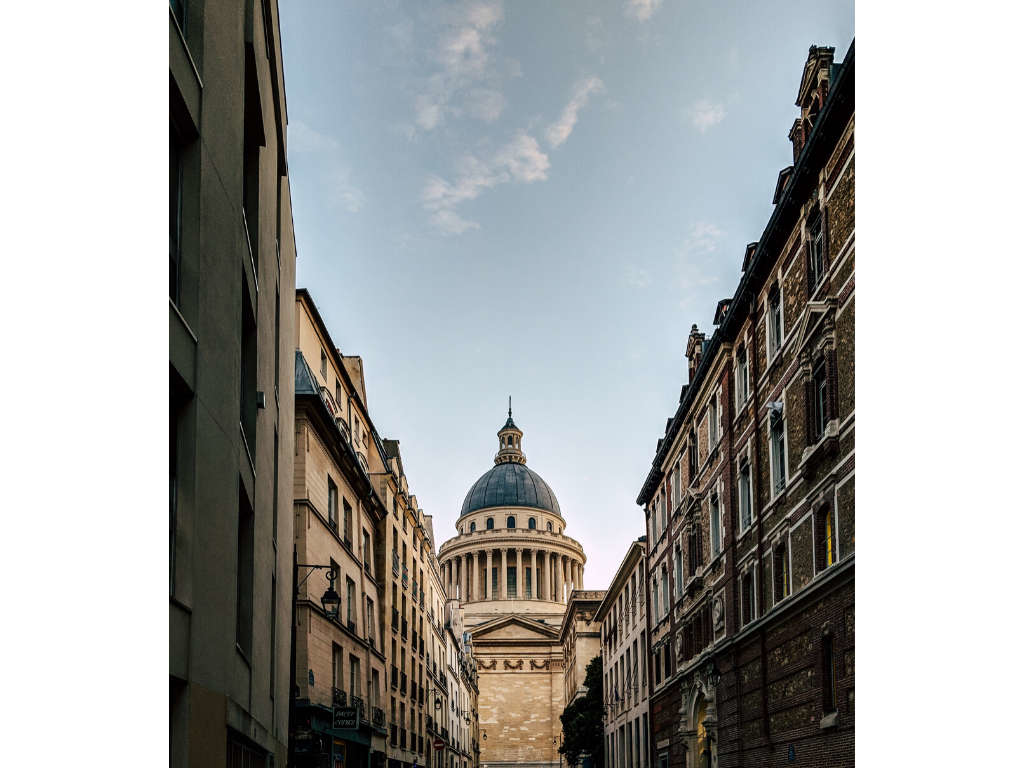 Standing on the Montagne Sainte-Geneviève in the heart of the Latin Quarter, surrounded by so many postcard Parisian sights, the Panthéon stands tall over the district. Construction began under King Louis XV, who reigned from 1757-1790. Modeled on Emperor Hadrian’s Pantheon in Rome, the building switched from church to mausoleum several times before settling on its current status as state-owned monument and crypt in 1885, when Victor Hugo became a permanent resident (in peace). While most visitors might recognize its unmissable silhouette and massive dome, not many will stop to ponder the sign over the entrance, which reads, "Aux grands hommes la patrie reconnaissante”. To the great men a grateful nation. But—what about the great women? 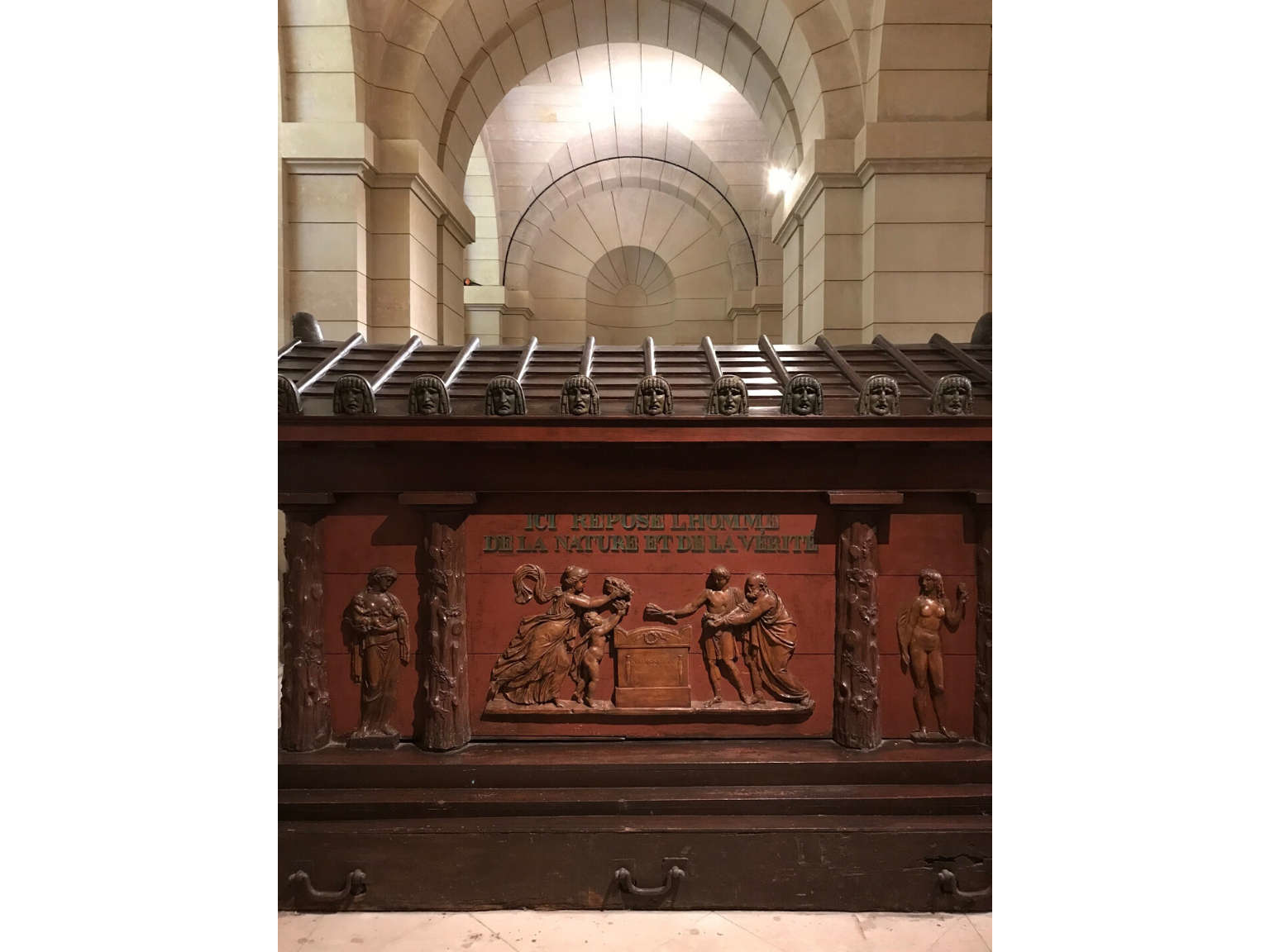 As if in answer, the monument's late 19th century interior murals illustrate the lives of two of France’s greatest female heroes, Joan of Arc and St. Geneviève. A decent start, though we'll find as we continue our visit that equal representation of men and women is nonetheless wanting.

Below the former church, the crypt houses tombs of French politicians, scientists, artists, and others that the state has officially recognized as national treasures. Among names of titans like Alexander Dumas and Voltaire, however, only five are women (that's right, countable with just one hand).

The first was Sophie Berthelot. In 1907, her remains were transferred to the crypt only because her husband, a famous chemist, was honored with a place in the Panthéon. His family demanded they be buried together, though feminists were hard-pressed to accept this as progress.

It was only in 1995—just as the Spice Girls were touting “girl power”—that the first woman was laid to rest in the Panthéon on her own merit. Marie Curie, née Sklodowska, the French-Polish physicist-chemist who studied radioactivity, was elected to enter the Panthéon independently of her husband, Pierre Curie—though he entered for his achievements as well (quite the Belle Époque power couple, n'est-ce-pas?).

Twenty years later, two more women made their way into the Panthéon. French Resistance fighters Geneviève de Gaulle-Anthonioz and Germaine Tillion were honored for their bravery in 2015 with a spot in the crypt, though their actual physical remains were not transferred upon their families’ request. 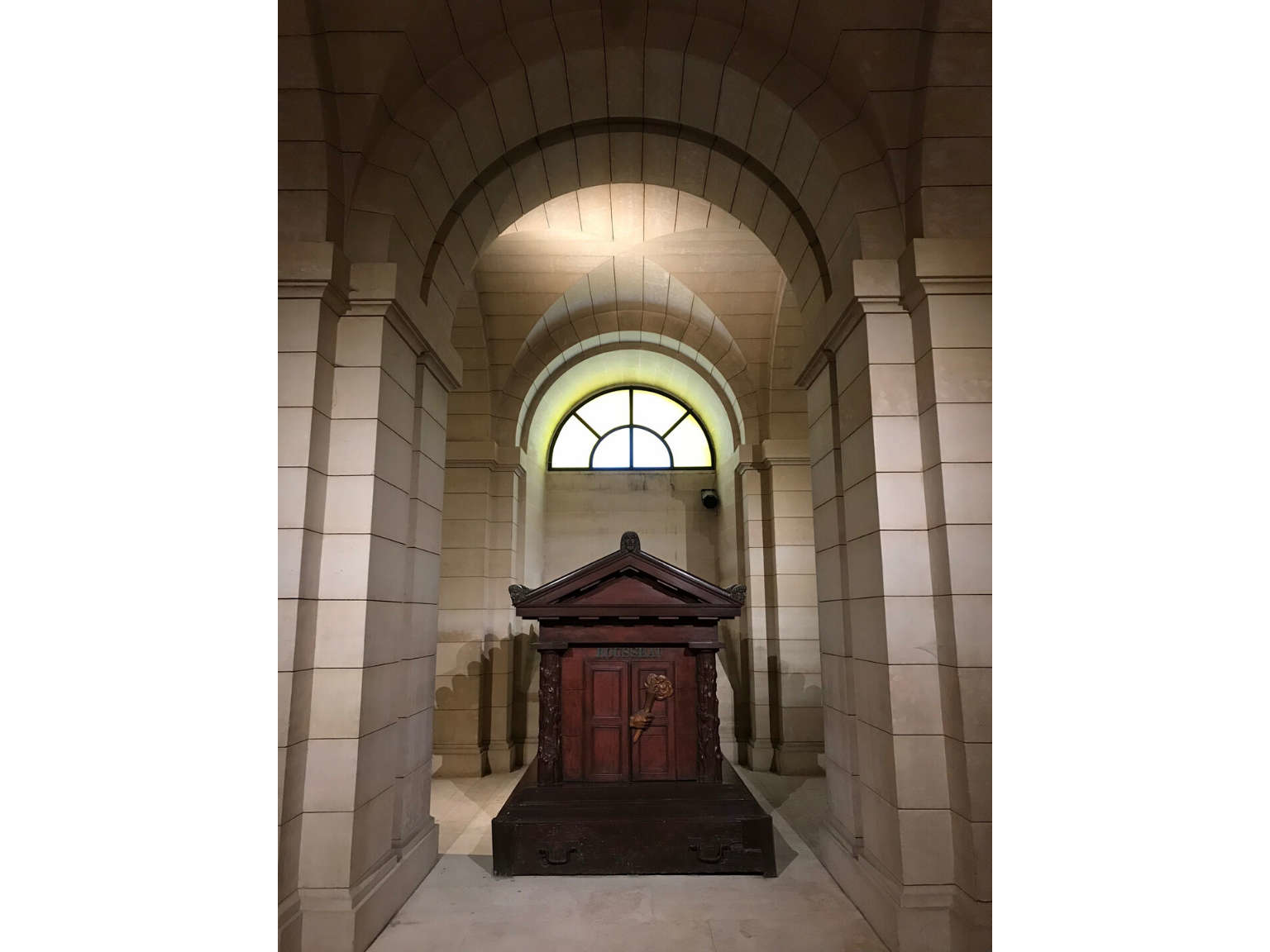 By 2018, Simone Veil became the fifth woman to rest in the Panthéon. A fierce lawyer and politician, Veil was instrumental in legalizing abortion in France. The Panthéon is only the last of many prestigious, male-dominated places that Veil managed to make her way into. Another one is the Académie Française—admission into which is only slightly less selective than the Panthéon. On top of that, Veil survived the Holocaust and served as President of the European Parliament.

Though there are active petitions for more women to be added to the Panthéon, we hardly think prospective residents are holding their breath for the day they're granted entry. That said—and with this context in mind—a visit to the Panthéon is an enlightening experience. Beyond the crypt and the stunning architecture, a replica of Foucault’s pendulum hangs from the dome, slowly tracing the Earth’s rotation. Statues and murals adorn the interior, a powerful tribute to all French citizens, and if you make your way up to the top of the dome, the view itself is an ode to the city that is second to none.

Many of Context’s private Paris tours, like the Paris by Night Tour: Left Bank or Walking with Hemingway: A Journey through Literary Paris, inevitably pass by the Panthéon.

Travel
The Local's Guide to the Best Gelato in Rome