This week, the 243rd birthday of the United States of America will be celebrated across the country, though perhaps no place more fervently than Philadelphia. As the official headquarters of the American Revolution, the City of Brotherly Love takes special pride in celebrating Independence Day—here’s how it all started:

In the seventeenth and eighteenth century, Great Britain ruled over the thirteen American colonies. After emerging victorious from the French and Indian War, the empire had amassed a large national debt. As a result, the British imposed a series of taxation laws, forcing American colonial subjects to pay taxes to King George III. The colonists protested this “taxation without representation," and by the early 1770s, tensions between the American colonists and the British authorities began to flare.

At the time, Philadelphia was America’s largest and most important city. In 1774, the First Continental Congress was held at Philadelphia’s Carpenter’s Hall (pictured below), bringing together representatives from twelve of the thirteen colonies to discuss British offenses and coordinate a resistance. They aired their grievances in a petition to the king, which ultimately went ignored. By then, a growing movement for independence was forming throughout the American colonies, and Philadelphia became the headquarters for America’s fight for freedom. 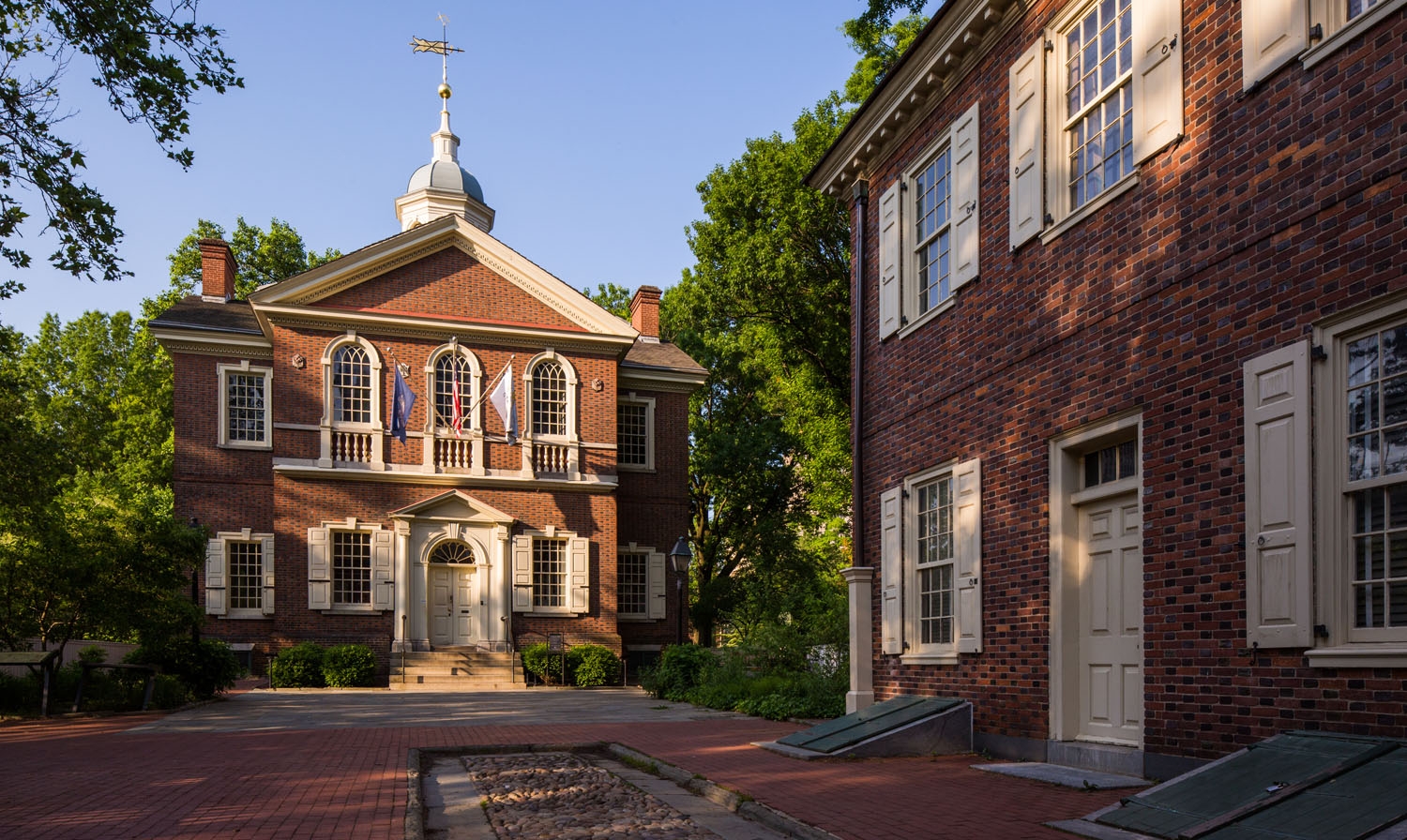 In 1775, the Battles of Lexington and Concord marked the beginning of the American Revolutionary War. Shortly after, the colonies’ Second Continental Congress convened in Philadelphia. A five person committee, consisting of John Adams of Massachusetts, Benjamin Franklin of Pennsylvania, Thomas Jefferson of Virginia, Robert R. Livingston of New York, and Roger Sherman of Connecticut, was tasked with writing a formal statement to declare American sovereignty and cut ties with the British crown.

Thomas Jefferson, who was known as an eloquent writer, took the lead in drafting the Declaration of Independence. The document outlined the reasons why the American states sought freedom from British rule. The preamble includes the text’s most famous passage: “We hold these truths to be self-evident, that all men are created equal, that they are endowed by their Creator with certain unalienable Rights, that among these are Life, Liberty and the pursuit of Happiness.” 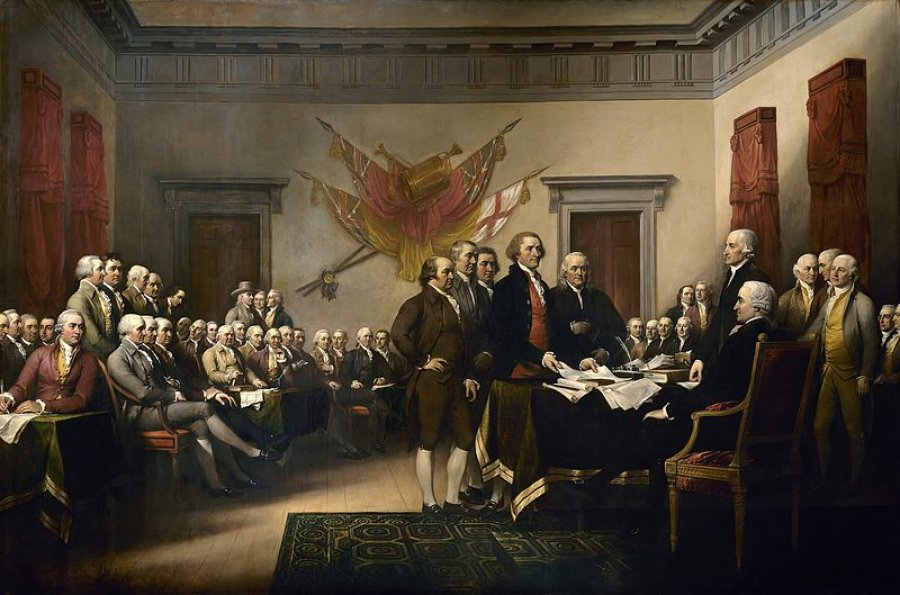 On July 4, 1776, representatives from the thirteen colonies formally adopted the Declaration of Independence at the Pennsylvania State House (now known as Independence Hall). Though the war continued until 1783, the adoption of the statement was a historic moment which paved the way to the formation of the United States of America. The Philadelphia Evening Post printed the full text in its July 6 newspaper. On July 8, the first public reading the Declaration of Independence took place by Colonel John Nixon in front of a crowd at the State House, followed by the ringing of the city bells.

In a letter to his wife, John Adams described the significance of the American separation from British rule, and presciently envisioned how the event should be celebrated: “It ought to be commemorated, as the Day of Deliverance by solemn Acts of Devotion to God Almighty. It ought to be solemnized with Pomp and Parade, with shews, Games, Sports, Guns, Bells, Bonfires and Illuminations from one End of this Continent to the other from this Time forward forever more.”

The following year, on July 4, 1777, Philadelphia commemorated the signing of the Declaration of Independence by adjourning Congress and lighting bonfires and fireworks, beginning a longstanding tradition that eventually spread to other states. However, it was not until 1791 that the Fourth of July was called “Independence Day” and the celebration did not become a regular observance until after the War of 1812.

By 1870, Independence Day had become the country’s most significant secular celebration, and Congress passed a law making it an official federal holiday along with Thanksgiving, Christmas and New Year’s Day. In 1938, the Fourth of July was established as a paid holiday for federal employees.

Today, the Fourth of July is a quintessentially American holiday, a symbol of the triumph of freedom and patriotic pride. Families and communities gather to celebrate the cherished summer holiday with a host of festivities, including picnics and barbecues, speeches, live performances, sports games, outdoor festivals, block parties, and more. Across the country, brilliant fireworks displays light up the skies, accompanied by the chanting of the national anthem and other patriotic songs.

As the birthplace of the nation, Philadelphia takes the holiday seriously, with citywide festivities held over the course of six days. The city celebrates with a massive parade, festivals, concerts, block parties, outdoor movies, free admission to museums, family-friendly activities, several major fireworks shows, and historic traditions like the reading of the Declaration of Independence and the ringing of the Liberty Bell.

Want to learn with a true expert? Get a comprehensive view with one of Context's private or small group tours in Philadelphia!