On August 15, the citizens of South Korea celebrate the National Liberation Day of Korea, a day that commemorates the independence of Korea from Japan. The day is marked with high spirits as citizens take to the streets, decorate buildings and spaces with the Korean flag, hold ceremonies both publicly and privately, and remember the fight under an oppressive rule.

How Japan Took Control of Korea

The word for word for the day of independence in Korean is 광복절, or Gwangbokjeol, which translates to “the restoration of light day.” A beautifully accurate word, August 15, 1945, signaled the end of a long reign of darkness for Korea. Japan and Korea have had tension for centuries now, their relationship characterized by menace and political schemes. The Empire of Japan annexed Korea in 1910 and imposed strict regulations on the nation until 1945 when Japan surrendered to Allied forces at the end of World War II. During this time, the people of Korea experienced a total erasure of their culture.

With years upon years of turmoil between the nations building up, Japan believed that the only way to exert full control over Korea was to rid the country of its culture, replacing it with Japanese traditions and customs. There were a couple of different ways that Japan enforced policies for Koreans to uphold the Japanese way of life:

The cultural genocide didn’t stop with school, the arts, and the military either. Other efforts to force assimilation included enforcing Japanese names, destroying historical Korean palaces, and forcing worship of Japanese deities. The icing on the cake might have been how the oppressive government preserved some Korean cultural monuments as propaganda to show other nations the peace that they’ve kept between the two nations.

Any organized rebellions, protests, and uprisings against these oppressive measures were instantly quelled by Japanese authorities. One major event of rebellion was Samil Day, which occurred on March 1, 1919 (more on that below). Since this first important movement towards independence, more than 1,500 protests broke out, but it wouldn’t be until the end of World War II that Japanese domination in Korea would cease. To this day, South Korea still endures the consequences of Japan’s ruthless occupation. Questions of whether or not to persecute those that had supported Japanese laws still plague Korea. In fact, these horrific policies of assimilation and cultural genocide that occurred in Korea are felt so presently that current events are wrapped up in the conflicts as well. During the 2018 Olympic Games, South Koreans justly demanded an apology from a commentator who stated that Korea’s transformation into a “global powerhouse” was due to Japanese intervention.

Regardless of how tense relations may be, what remains is that the resilient people of Korea not only remember the dark days of Japanese occupation with solemnity, but also as a moment of great hope every year on August 15.

How the National Liberation Day of Korea is celebrated

South Korea celebrates the day mainly with flags, activities, and an official ceremony. The national flag of South Korea is hung all over the country — on streetlights, public buildings, homes, and community spaces. Usually, there are flags from different countries around the world adorning the roads around the Jamsil area of Seoul, but these are taken down and replaced by the South Korean flag in anticipation of the day of independence. 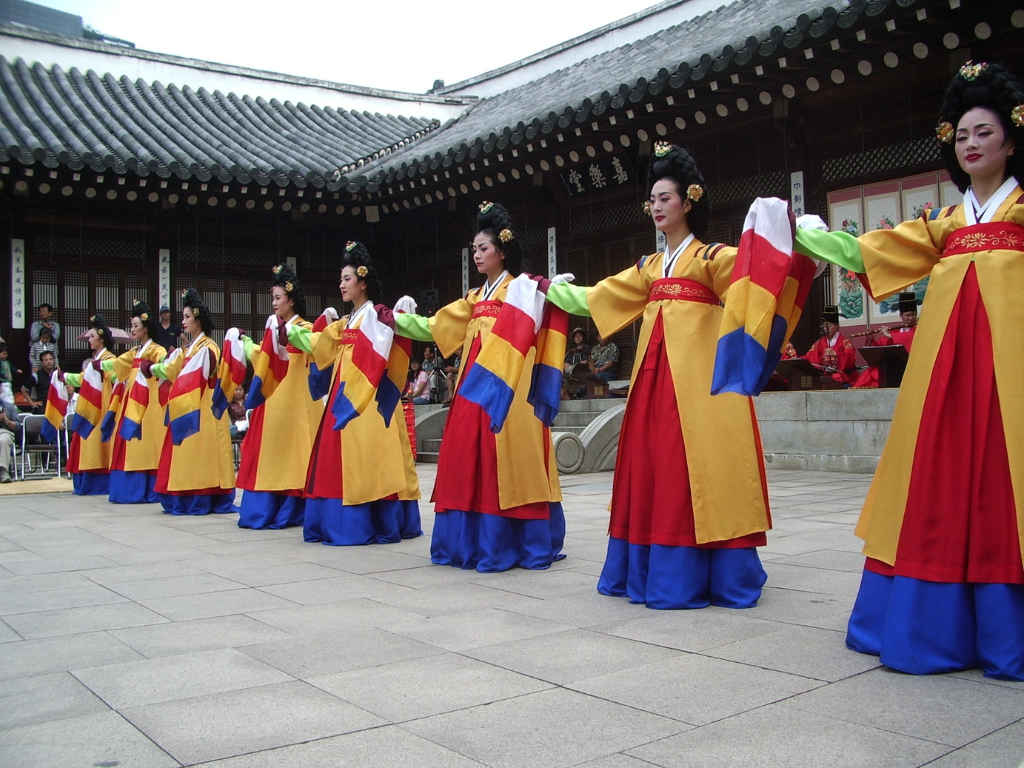 While some firework displays are held on Gwangbokjeol, a big show is mostly featured on National Foundation Day in October (more below). The official ceremony by the South Korean government is the principal event of independence day on August 15. This ceremony features a song about the hardships and hope during the 40 years of Japanese occupation.

South Korea also has a few other holidays around national pride and important events of the nation that are similar to its day of independence. We’ll go over the other two, Samil Day and National Foundation Day, below for clarity:

South Korea celebrates Samil Day on March 1st, which remembers the pivotal uprising in 1919 that called for independence from Japan. On that day, the people of Korea issued a proclamation, and over a thousand demonstrations occurred in various different cities across the country. The protests were met with brutal consequences from Japanese forces and the day aims to honor those lives lost during this historical event.

In contrast to the National Liberation Day of Korea, National Foundation Day in South Korea celebrates the beginnings of Korean history and focuses on Korea’s creation myth. According to the creation myth, the God-king Dangun established the first Korean kingdom in 2333 BC. This holiday features a fantastic fireworks display throughout all of South Korea, the more popular of which is in the Yeouido Han River Park in Seoul.

Travel
Visiting the Vatican with Kids