Vienna may be famous for its seasonal fog, but the Viennese truly thrive on chasing away the winter chill with food, drink, and entertainment that makes it one of the most festive cities to visit toward the end of the year. If you pass through Vienna during the holidays, here are a few of our favorite things to look for:

Winter in the MQ

From November 5 to December 23, Vienna’s Museum Quarter (Museumsquartier) is transformed into a winter wonderland, with six ice pavilions, a curling lane and audio-visual installations. We like to kick off our museum explorations with our Kunsthistorisches Museum Crash Course, putting the museum’s nearly seven millenia of art into the broader context of the Hapsburgs rule and its greater symbolism for imperial Austria the company of an art historian like Alexa. After the tour, we’ll round out this seasonal dose of culture with local punch specialties to keep us warm while meandering through the MQ’s other various venues, including the mumok (museum moderner kunst), Kunsthalle Wien, the Leopold, and the Architecture Center (Architekturzentrum Wien). 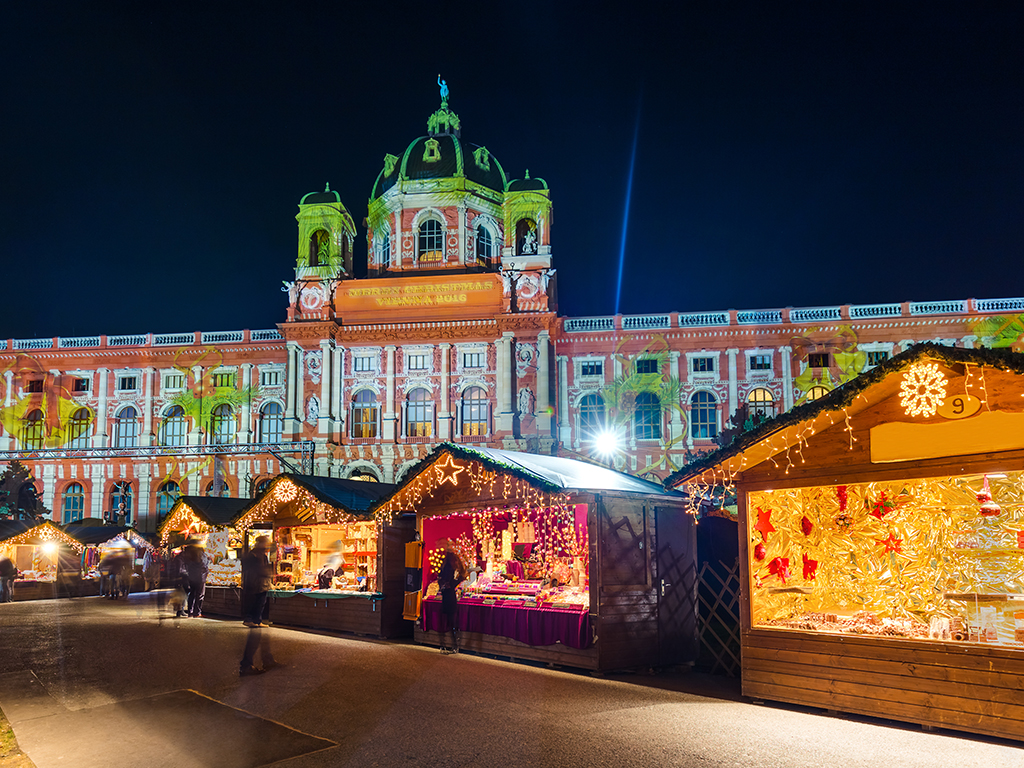 Vienna is in wine country, and in the colder months there are several potent, wine-based brews to warm you to your toes. The first of these, seasonally speaking, is Sturm—a bubbly wine made from the first harvest of the year and appearing in September in both red and white varieties. Despite its somewhat foreboding name—”sturm” means “storm,” a seeming caution against over-imbibing—it’s actually lower in alcohol than a typical wine. The best place to swill a bit down is in any of the numerous Viennese Heurigen—small wineries that, since being licensed by the emperor in the 18th century, have been serving their own homegrown vintages. There are Heurigen in many of the outlying districts of the city. 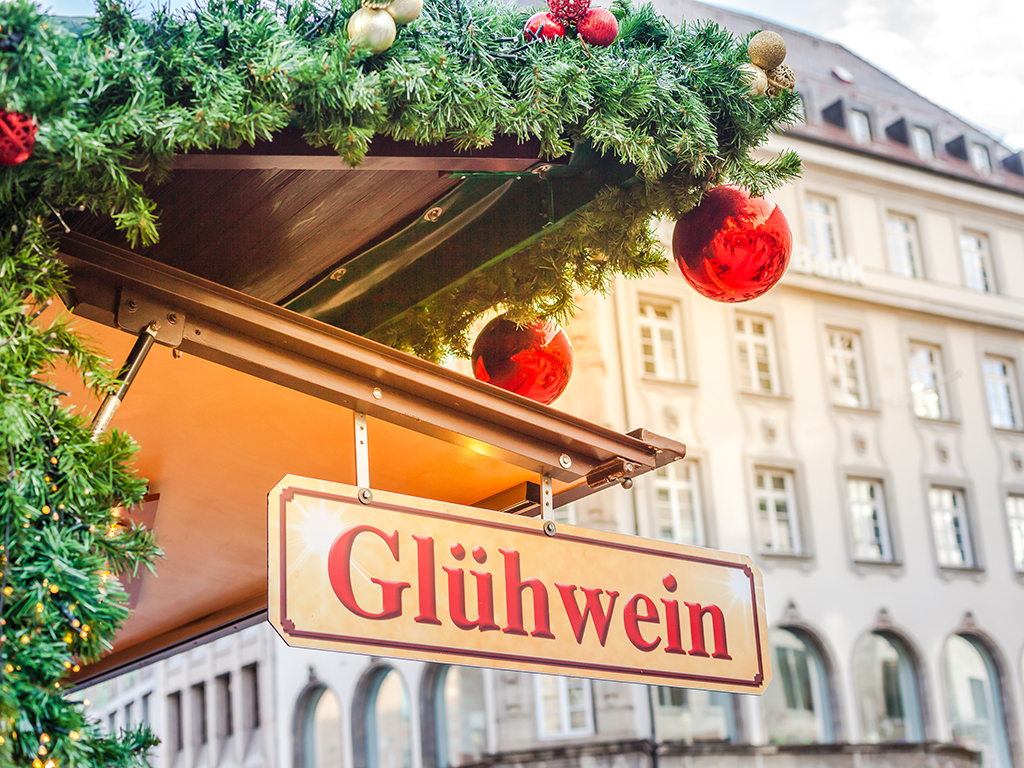 As the colder weather arrives, so too does the traditional Glühwein (mulled wine) and Punsch (punch). Glühwein has been served basically unchanged since the middle ages: it is mulled red wine, heated with spices. Punsch is stronger (and often deceptively so…trust us)—a heady mixture of red wine, rum, fruit juice, and spice. It comes in an astonishing array of flavors, and also in a non-alcoholic variety; look for signs offering “Kinderpunsch” (children’s punch). Both Glühwein and Punsch are served at open-air huts and sausage stands where their warmth is essential. While Glühwein and Punsch are surefire remedies for the cold, we’ve found that some traditional Marroni (chestnuts) straight off a fire or the gebrannte Mandeln (roasted almonds) served hot in a paper cone are surefire remedies against tomorrow’s headache. For a guided taste of these local food and beverage traditions, try one of our Vienna food tours with a gastronome.

Little advent markets befitting a postcard will spring up in about a dozen different locations around the city beginning in mid-November, staying open daily until Christmas (only one or two will continue briefly into the new year). With origins in the middle ages, these markets give a little taste of how the city might have felt in the era when Vienna only consisted of the current first district, a crowded warren of wooden structures within the city walls. Christmas markets in Vienna are miniature arts and crafts villages, where small stalls sell a variety of handmade goods (some local, some brought in from eastern Europe) and delicious treats. Christmas tree ornaments, pottery, toys—it’s a dream come true for the last-minute holiday gift-buyer. The food stands will sell plenty of the aforementioned Glühwein and Punsch, and with good reason: one eats outdoors, at standing tables. Dress warmly. 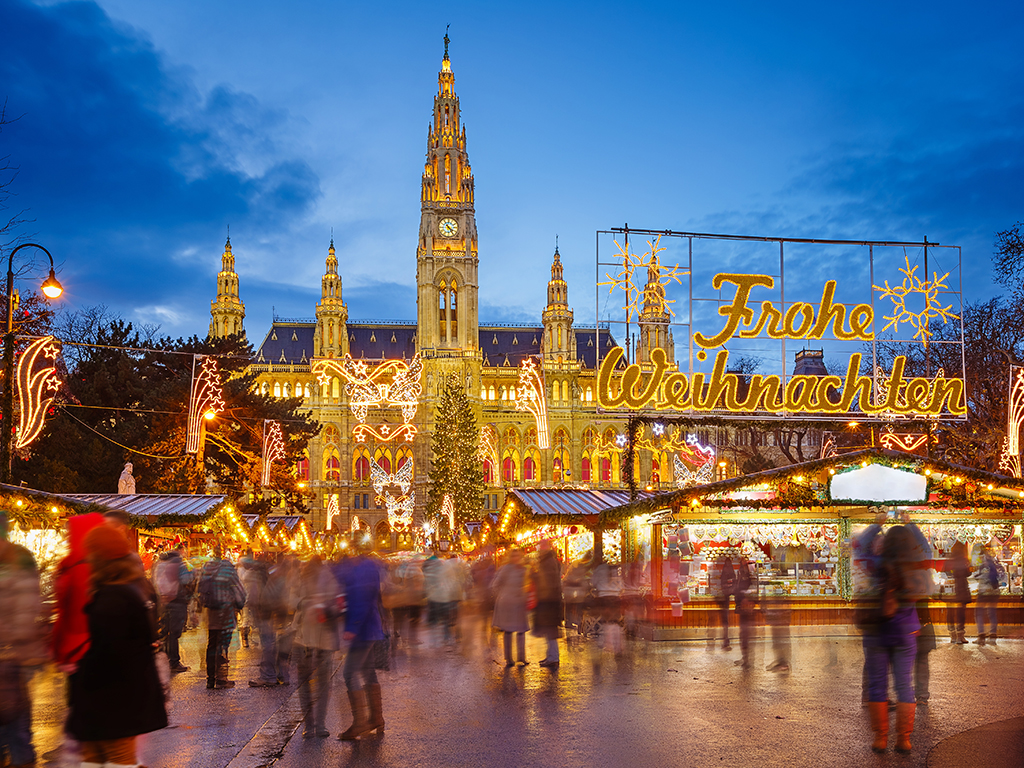 Our unique seasonal Christmas market tour takes place at the Christmas Village in Vienna’s former general hospital, now the campus for the social sciences and humanities of the University of Vienna. The quiet corners of this cozy local market give plenty of opportunity to pause and savor the various regional specialties that are only available during the holiday season. We take pains to arrive hungry, so that we can scarf down as much of the wide selection of savory dishes as possible—including a traditional main meal that features a selection of potato specialties, roast chestnuts, soup, or sausages. There’s always more than enough to sate large appetites or share with friends and family.

The markets range from tiny to sprawling, but all of them are extremely child-friendly. The Christmas markets are all worth exploring, and we can point out a couple particularly worth a visit: there are markets at the palaces of Schönbrunn and Belvedere, both of which can be combined with scholar-led visits to these historic sites.

It doesn’t actually snow much in Vienna itself, yet in the winter there’s always ice—in the form of several popular outdoor ice skating rinks. Two of them in particular have scenic and historic backdrops. The neo-Gothic Rathaus, Vienna’s late-19th-century town hall, provides a dramatic background to the Eistraum (Ice Dream), a large skating area ringed by stalls selling all of the usual winter treats, from the ever-present Glühwein to waffles and spiral-cut potatoes. The rink is hugely popular—it seems all of Vienna passes through to take a spin, and it’s an easy matter to rent a pair of skates and join in. 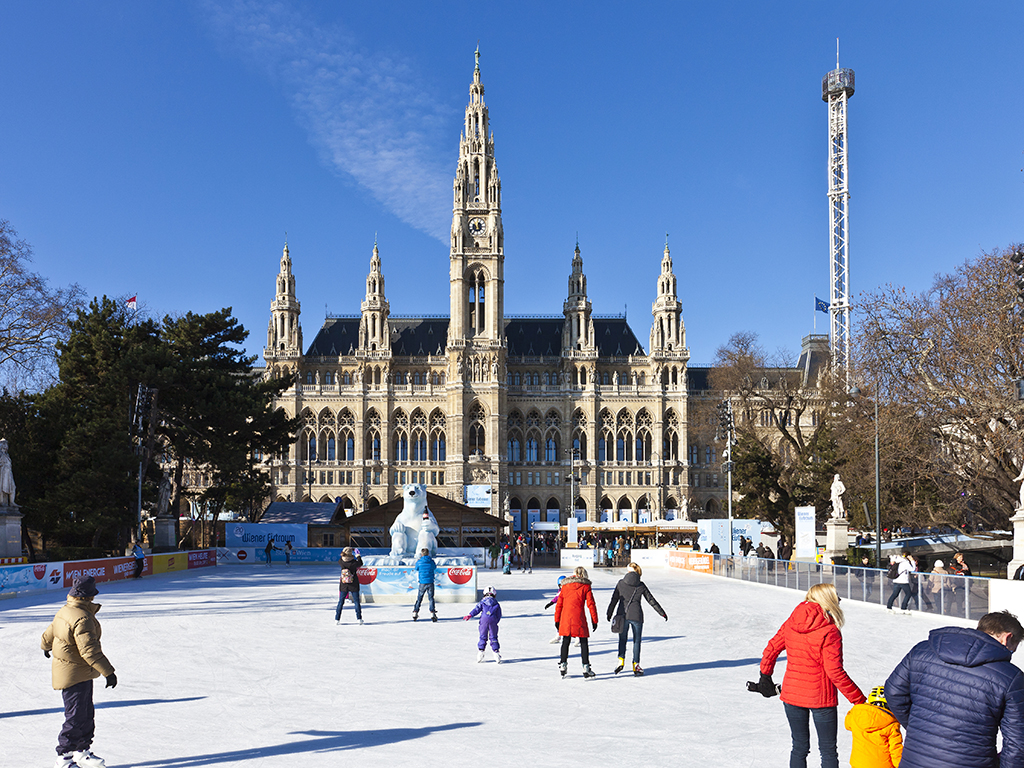 If you’d like even more of an ice skating adventure, you can take a combination of the U3 subway line and a city bus (or just a taxi), into the Wienerwald, the woods outside Vienna, to the Schloss Wilhelminenberg. This elaborate early-20th century palace (now a hotel) was the residence of an Austrian Archduke, and it gives a sense of the opulence associated with the very tail end of the empire. Beginning in late November, it hosts an astonishing ice skating rink, with a view out over the hills and down to the city below. 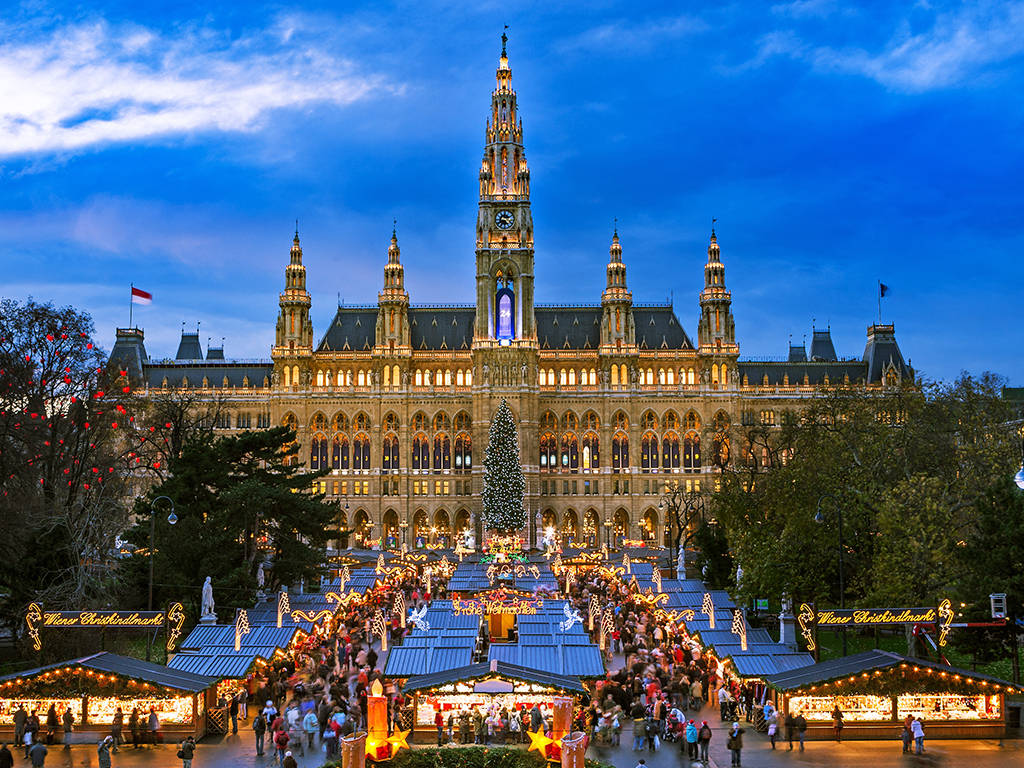 Want to learn with a true expert? Get a comprehensive view with one of Context's private and small group tours of the Austrian capital. If you're planning for an eventual trip, or are keen to learn more about the world, check out our upcoming seminars here. We're now offering holiday seminars and courses - are running for a limited time only - so book your next seminar today!