Reflections on the 75th Anniversary of D-Day

On June 6, 1944, shortly after midnight, the first wave of 160,000 British, Canadian and American soldiers swarmed the heavily fortified beaches of German-occupied Normandy by air, land and sea in a long-coordinated invasion known as Operation Overlord. In the intervening days, the Allies captured the coast in a victory that turned the tide of World War 2. The win did not come without a sacrifice: the Germans lost as many as 9,000 soldiers, while the Allies count as many as 10,000 casualties.

75 years later, Normandy still bears witness to this massive operation. Its craggy coasts and beaches remain dotted with bunkers, bomb craters, and other battle remnants, as well as cemeteries and memorials that, taken all together, form a piece of history. This week, people across Europe and America are gathering (there and elsewhere) to commemorate this historic occasion. And this anniversary is particularly somber—it is likely the last major one to include the few remaining survivors who fought on D-Day.

For those of you who can’t make it out to the Normandy beaches this week, we've brought in several Context experts who lead D-Day tours to share some of their thoughts upon this momentous anniversary. 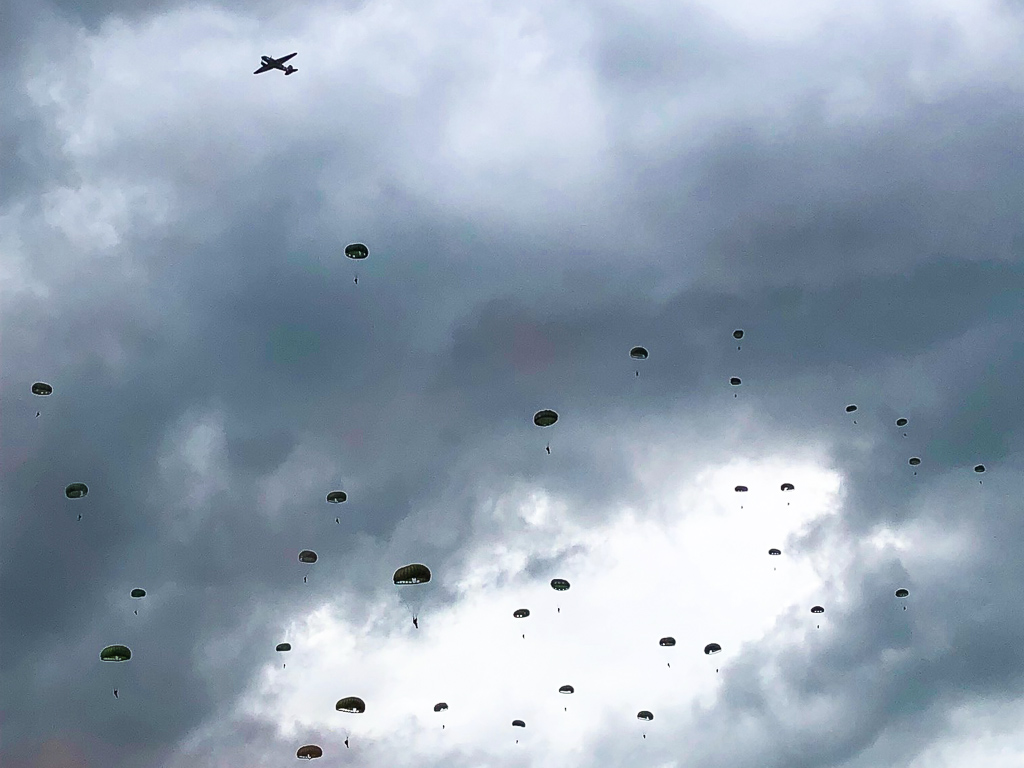 Nigel observes that everyone should see historical sites in person:

Historical accounts, personal testimonies, and photographs will give you the story, but to stand in the places where great human dramas happened gives you a unique perspective. Not only does it convey a sense of scale (particularly in the case of the Normandy landings), but it can also take you closer to what those people saw and felt, and even reveal hidden details seventy-five years on. To really understand an event, one has to visit the scene.

Samuél reflects on why it's so important to visit Normandy:

The allied invasion of Normandy was the largest military operation in human history. Most of the landing beaches remain unchanged to this day. To stand on Gold, Sword, Juno, Utah, or Omaha Beach is to grasp what humans are capable of when they are at their best, and their worst. To visit Normandy is to understand sacrifice in a way that few of us can ever experience outside of a television screen. There are still men and women on this earth who were in the maelstrom on D-Day, and we owe it to them, and to ourselves, to listen to their stories. 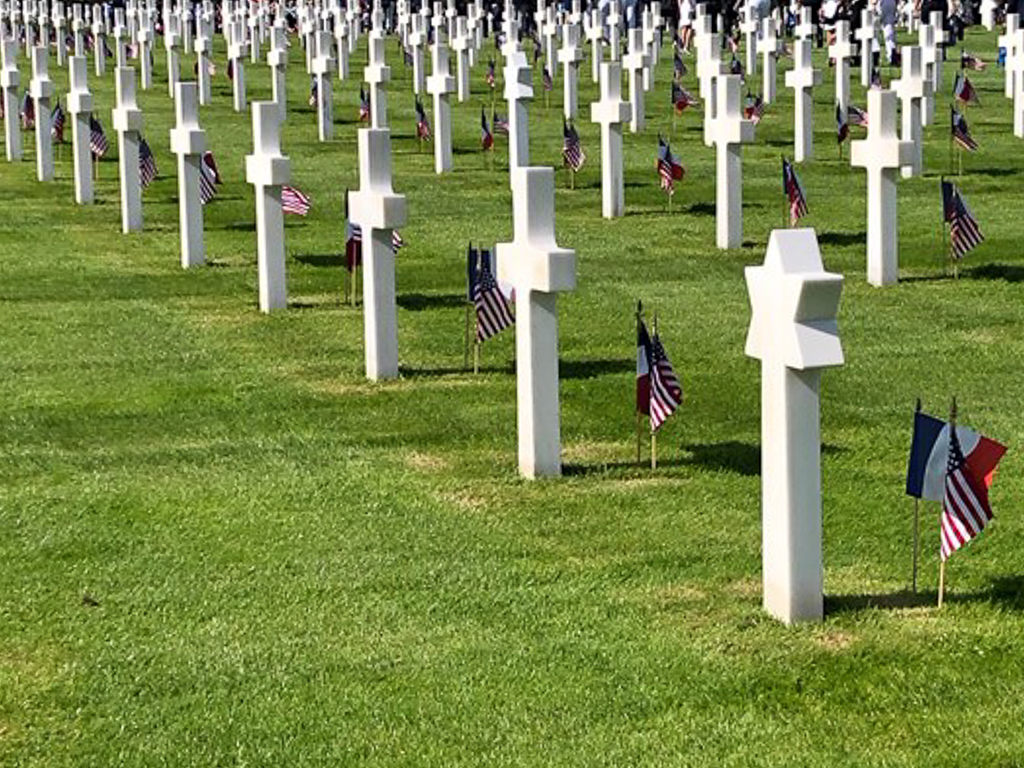 William recounts a survivor’s story, noting the challenge of preserving memories over time:

When I first went there [Ardenne Abbey, site of a massacre on June 8, 1944] with the farmer and résistant Jacques Vico thirty years ago, it was all I could do to stop crying. The man himself had, after the war, identified the unmarked burial sites by the disturbed flowering of daisies in patches of his lawn. He has now passed on. How this site will be memorialized in the future remains to be seen... 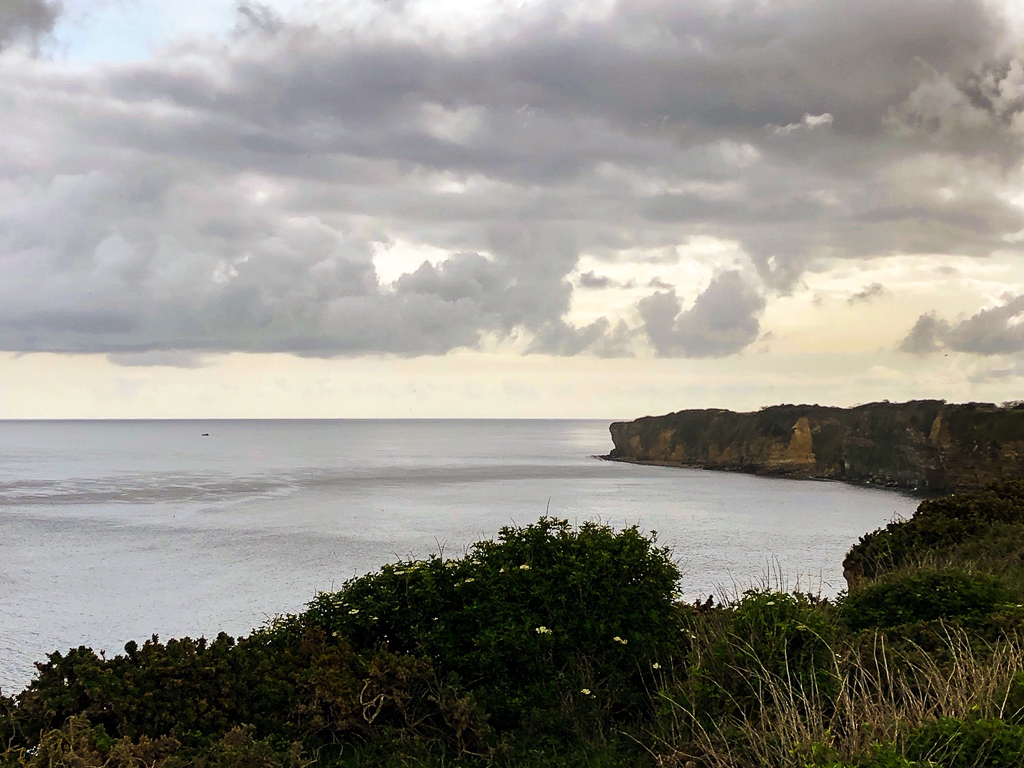 World War II was the watershed moment of the last five hundred years. It was the costliest war in human history, one that saw a global acknowledgment of crimes against humanity and the invention of the term “genocide.”...Much of the modern world was destroyed and then rebuilt in the shadow of the saturation bombings of Japan and Germany, and it is indeed impossible to understand current global politics without understanding the history of this war.

World War II is a fit setting for a mature reflection on what the issues were, what was at stake, and on the responsibilities borne by the British and by the United States to make for a better, freer, world. In a world where the moral compass and standing of both countries is much diminished, it does not take a lot of working out that the effort to learn about WWII is worth pursuing more than ever. 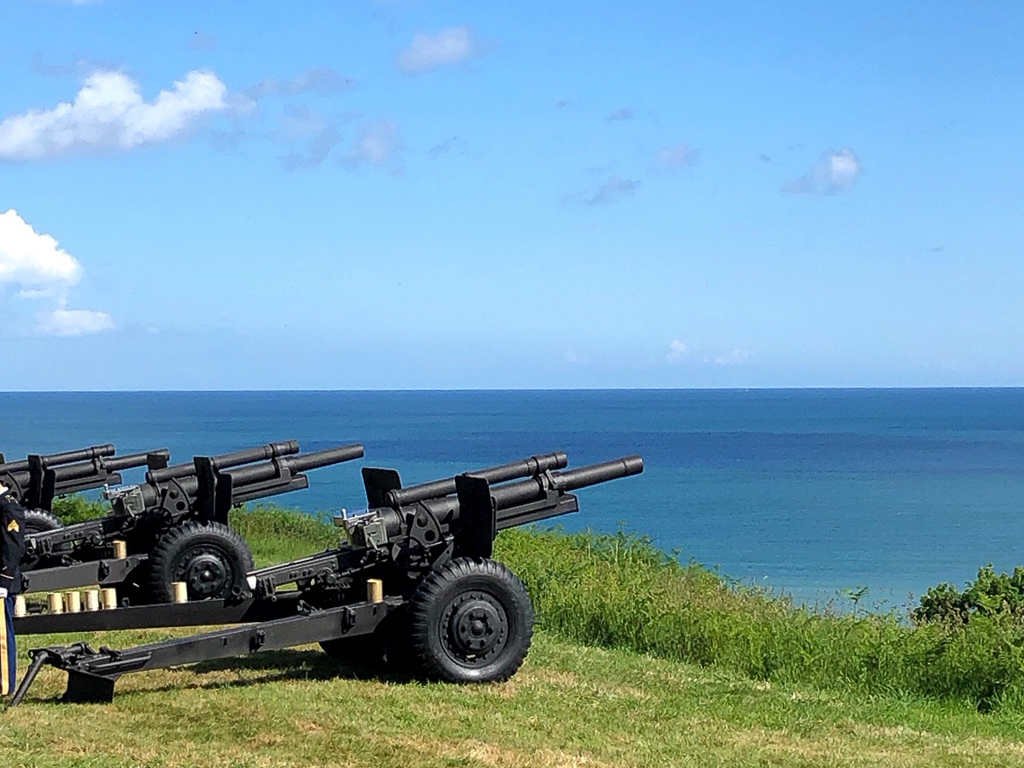 On a larger level, these sites of remembrance also remind us of the importance of keeping history alive. Samuél concludes:

The value of studying World War II sites goes beyond historical considerations, however, because the historical truism still rings true: history tends to repeat itself. The 21st century has seen a reappearance of isolationism, populism, xenophobia, fascism, and civil strife, and the world of 1933 was more similar to today than we would like to think.

If we hope to understand how to improve our world and the myriad challenges humanity faces, we must study examples of how similar societies turned much of the world into a moonscape. Visiting individual WWII sites allows us to better understand the individual stories of those who lived through and survived this crucible, making the history tangible in a way that is impossible to grasp through an HD screen.

Delve into the struggles and intrigue behind the invasion in a unique 2-day tour of Normandy with Context’s 75th Anniversary D-Day Private Tour Package and—in the meantime—take a moment this week to honor our fallen heroes.

Want to learn with a true expert? Get a comprehensive view with one of Context's private or small group tours in Paris!