What’s most compelling about the history of different cities in the US, and we're sure the history buff will agree, is that each region of the States represents a different side of the country. Taos, New Mexico gives us a snapshot of the Pueblo struggle with Spanish conquerors, Philadelphia shows us our colonial foundations, Chicago symbolizes our creative, industrial spirit, and Atlanta is the spurring of the civil rights movement. There’s no doubt that America is multi-faceted and layered in its history. Lucky for history buffs everywhere, we’ve got a list of the top ten cities to travel to if you want to get a taste of the country’s extensive past. 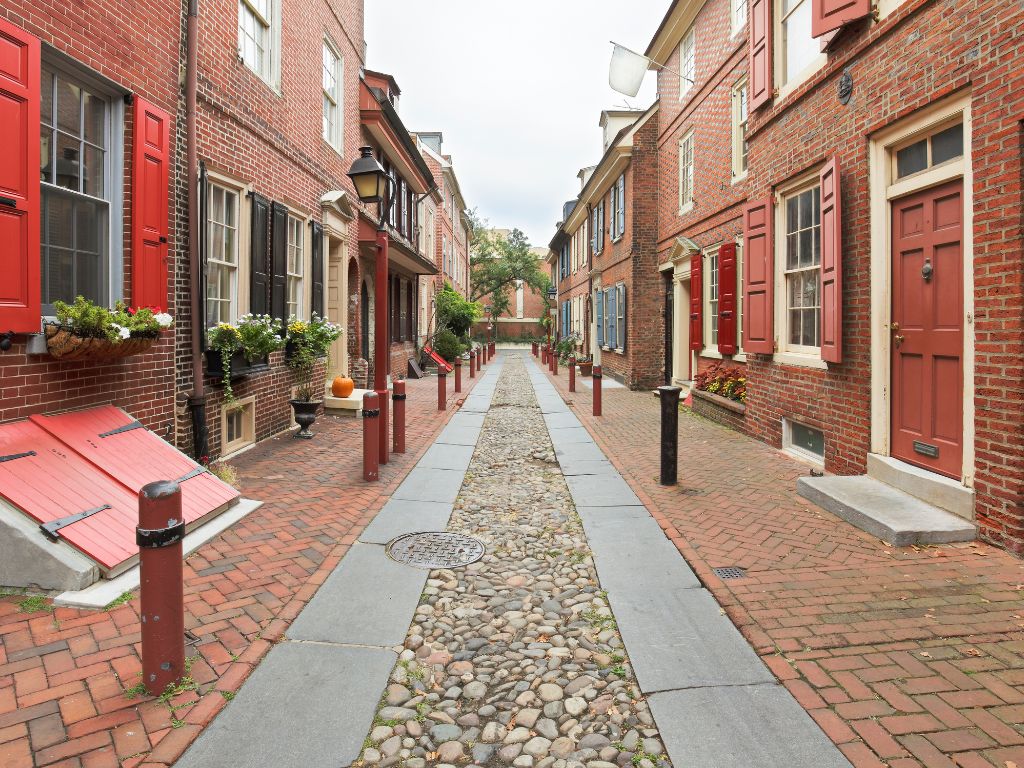 Philadelphia has a place in every history textbook for its colonial importance and pivotal role in the foundations of America. In a nutshell, the City of Brotherly Love was the site of many major events in US history like the First and Second Continental Congress. It was a meeting place for America’s fight for freedom and, most importantly, where the Declaration of Independence and the Constitution were signed. From the moment the Liberty Bell rang in 1776, calling all citizens to gather for the reading of the Declaration of Independence, Philadelphia forever sealed itself as the birthplace of America. More than that, the city teems with history in every corner and crevice — from the abandoned Eastern State Penitentiary (where notable crime heads like Al Capone were held) to Elfreth's Alley, the oldest residential street in America, Philadelphia is the place to go to unearth America’s past. 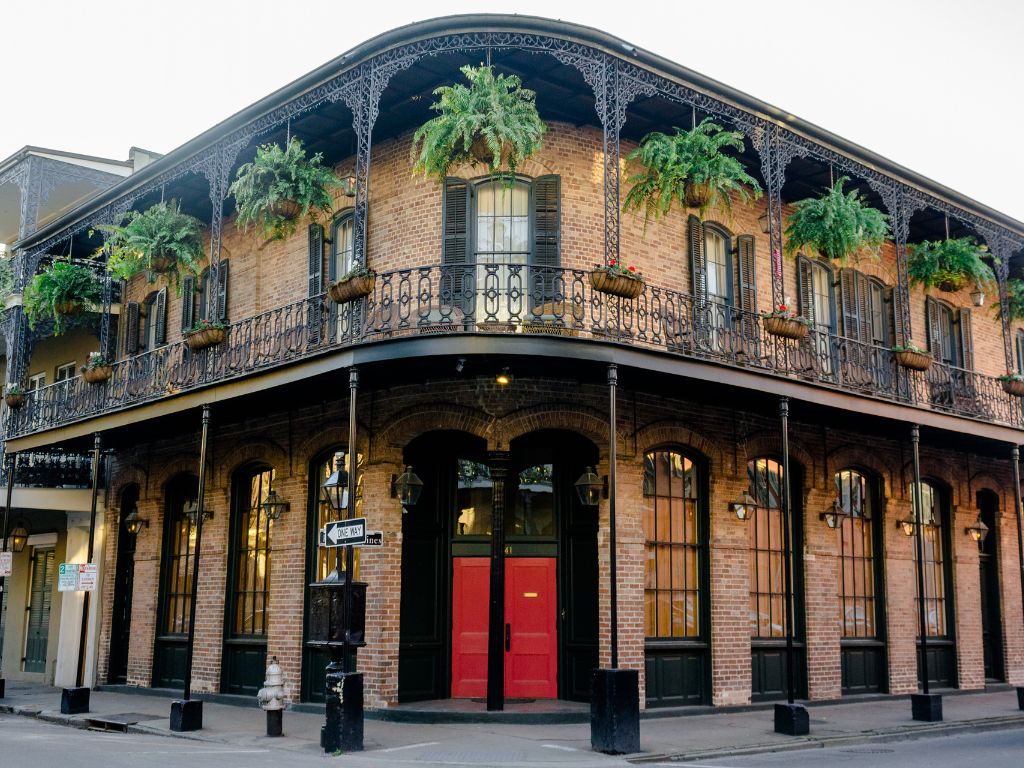 First founded by the French, then ruled by the Spanish, and since bought by America in 1803, the history of New Orleans speaks to its diverse nature in the present day. In 1717 the French, under the rule of King Louis XV, began to build the city with the vision of creating a transshipment center. Throughout this, however, the engineers were faced with a variety of problems: a lack of supplies, poor labor, and hurricanes in consecutive years (1721 and 1722). In 1726, France gave control to Spain which led New Orleans and Louisiana to near 80 years of peace and prosperity – bar a minor rebellion in the 60s. Spain then sold New Orleans back to Napoleon’s France, who then sold it to the Americans in 1803. 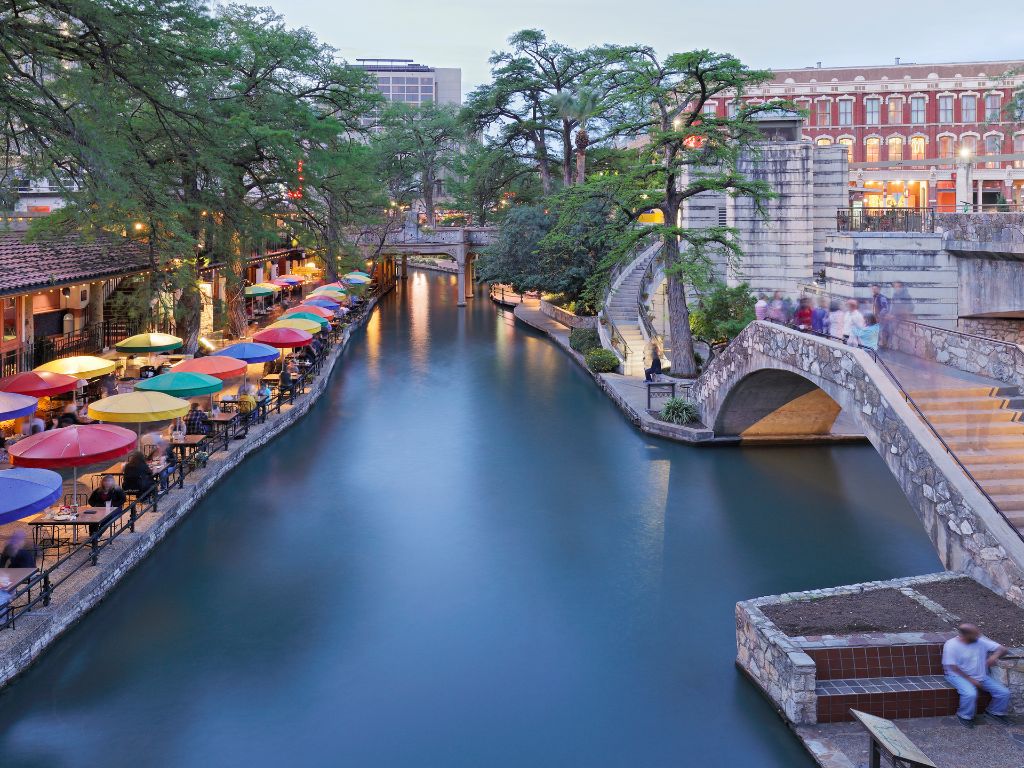 During colonial expansion by the European powers, a Spanish expedition from Mexico pushed into San Antonio and established the Mission San Antonio de Valero, now remembered as the Alamo. This eventually prompted the famous San Antonio line of ‘Remember the Alamo’ as in the Battle of the Alamo of 1836 it was a battle cry of those Texans fighting for their freedom against Mexico. Nowadays, there is a vibrant mix of both American and Mexican cultures throughout the city, although there remains pride regarding the history of the Alamo. The city is also filled with military installations in remembrance of the role San Antonio played during both the First and Second World Wars. 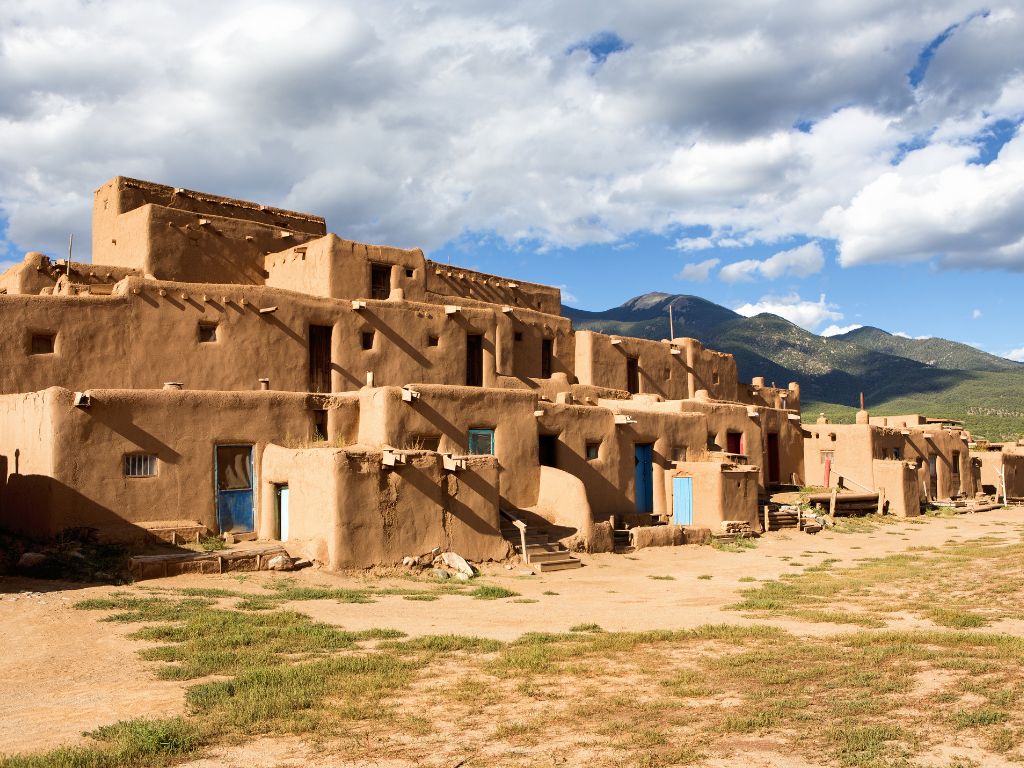 Located in northern New Mexico, Taos is home to an incredible indigenous history that dates back to 1000 AD. It’s estimated that the first pueblo was built between 1000 AD and 1450 AD. The Taos Pueblo was made a UNESCO World Heritage site in 1992, attracting visitors from all over the world. The city gives insight into both Pueblo indigenous settlements and Spanish conquests in America. In 1615, Don Juan de Onate established what is now Taos as a Spanish colony under the crown. Peaceful initially, the relationship between the Spanish and the Taos Pueblo soon took a turn for the worse after forced tribute and conversion instigated rebellions in the indigenous community. The Taos Pueblo joined the Pueblo Revolt and for the next couple of centuries, there would be an ongoing struggle between the two groups of people. Now you can visit the incredible Taos Pueblo, which is still a living indigenous community, and stands witness to the sheer history, culture, and heritage that it holds. 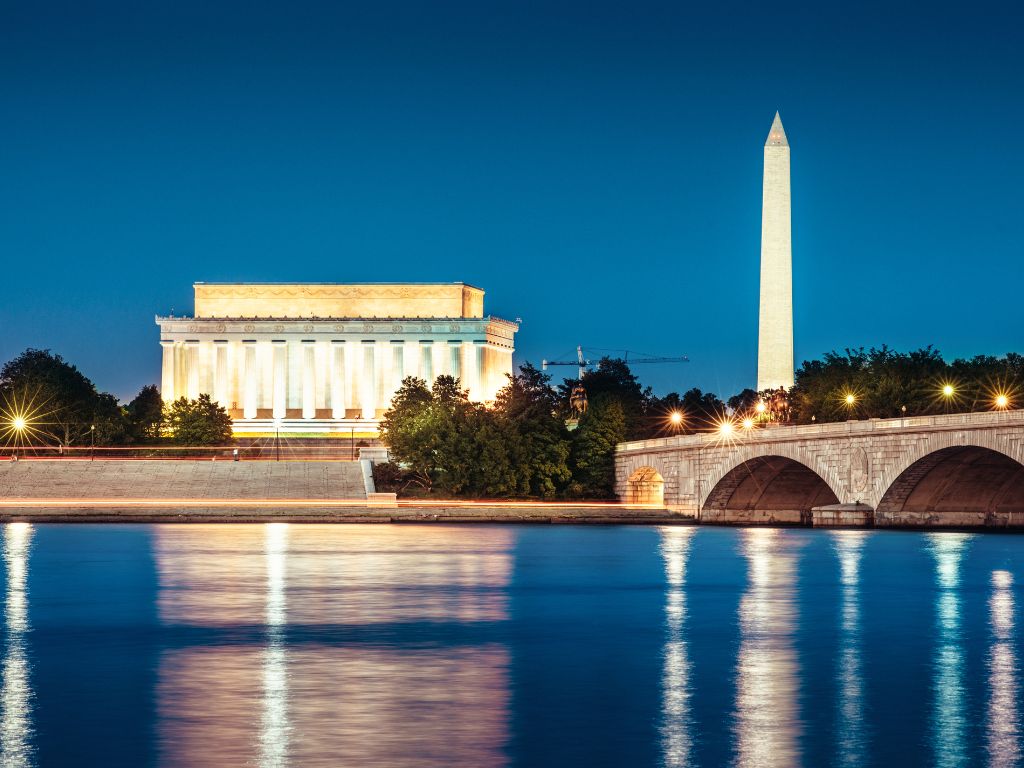 Of course, our nation’s capital will be top on the list of any history buff’s getaways. Home to national monuments, museums, foreign embassies, Congress, the Supreme Court, and the president, those interested in America’s foundation, the way our government functions, and free world-class institutions will have no shortage of excitement in DC. There’s just about every crucial historical event you can relive here. Go to the Lincoln Memorial and envision Martin Luther King’s speech and the ensuing March on Washington. Walk through the Smithsonian's National Museum of American History and see exhibits detailing America’s past. Maybe you can feel the flames of the War of 1812. From its street names to its government buildings to its many memorials, DC weaves the nation’s identity and history throughout the city. 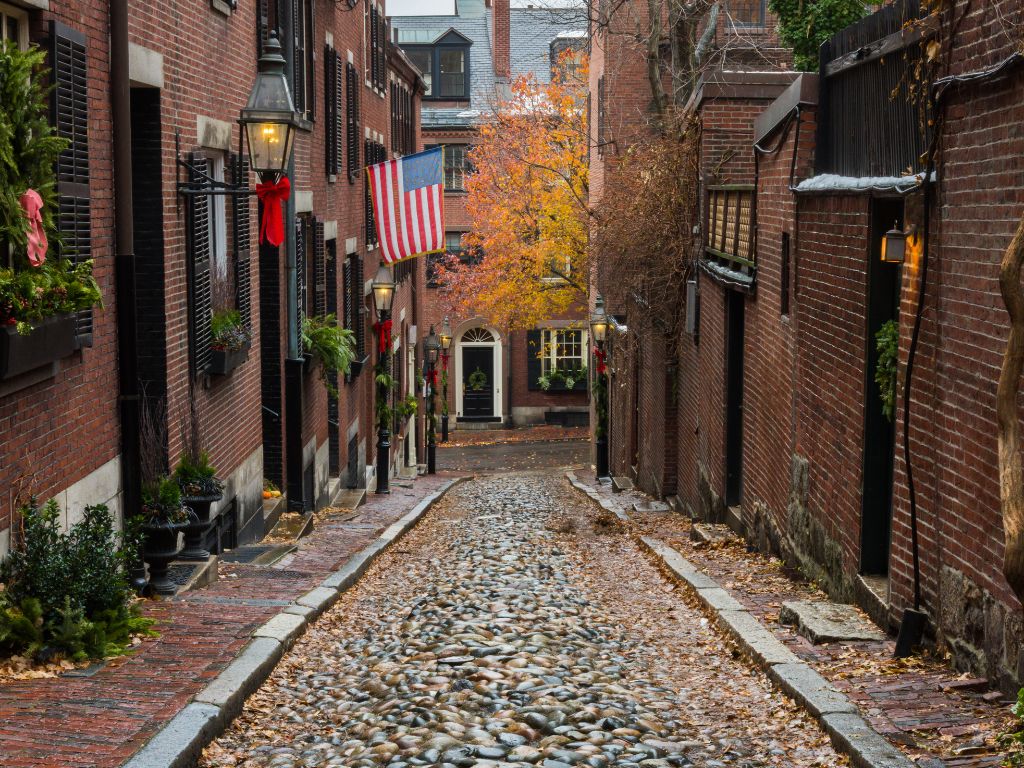 Like Philadelphia, Boston holds its claim to historical fame through its significance as the site of colonial rebellion. The Boston Tea Party and the American Revolution are primary draws to this big city for travelers interested in history. Sure, its colonial roots make Boston interesting and alluring to the history buff, but Boston’s past has transformed from the site of the first stirrings of the American Revolution to an Irish immigrant hub to an academic mecca, making it an even more fascinating destination. About a century after the Sons of Liberty poured 45 tons of tea into the Boston Harbor, William Lloyd Garrison spearheaded the first successful campaign to abolish slavery. Shortly afterward, Irish immigrants sought refuge in the city after fleeing the Potato Famine. The 20th century saw fires and floods in Boston, but through it all its prominent universities became more and more prestigious, cultivating a community of academia. Fitting for a city so steeped in history. 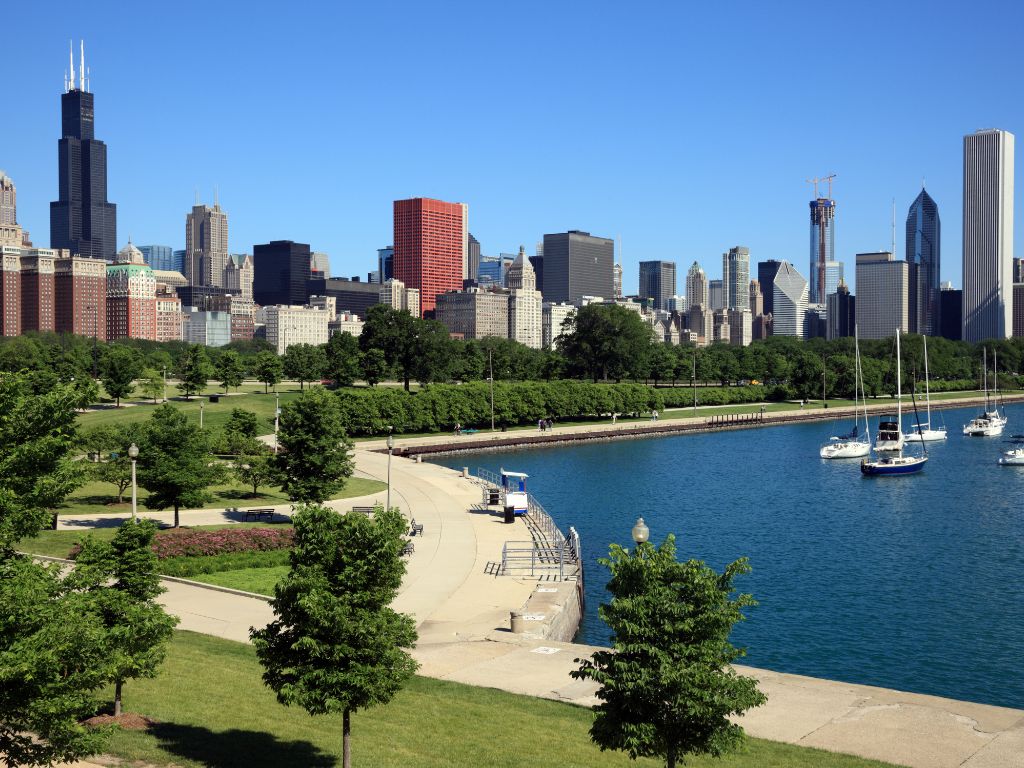 More than anything else, Chicago’s architecture reflects its wealth of history and heritage. The US saw the first skyscraper emerge in the Windy City and it's a fact that Chicago takes seriously. In the 20th and 21st centuries, Chicago’s spirit and creativity have transformed the game of architecture forever, cementing its legacy in the art form. A couple of different events spurred Chicago’s imagination — its emerging role in commerce in the 19th century, the Great Chicago Fire, and competition with New York City. With its crucial role as a trade route as railroads became the dominant mode of transportation to move goods, Chicago fostered economic growth and its population grew dramatically during the early 20th century. The city built its industrial foundations but then was soon met with a huge tragedy as the Great Fire ripped through its streets. Resilient and revolutionary as ever, Chicagoans built the city bigger and brighter than before, incorporating safety measures in elevators, fire-proof technologies, and mass-producing high-quality, low-cost steel. Soon, William Le Baron Jenney built the world’s first skyscraper, the 10-story Home Insurance Company. The Chicago World’s Fair of 1893 and the Chicago School of Architecture continued the energy around building the best structures in the world. 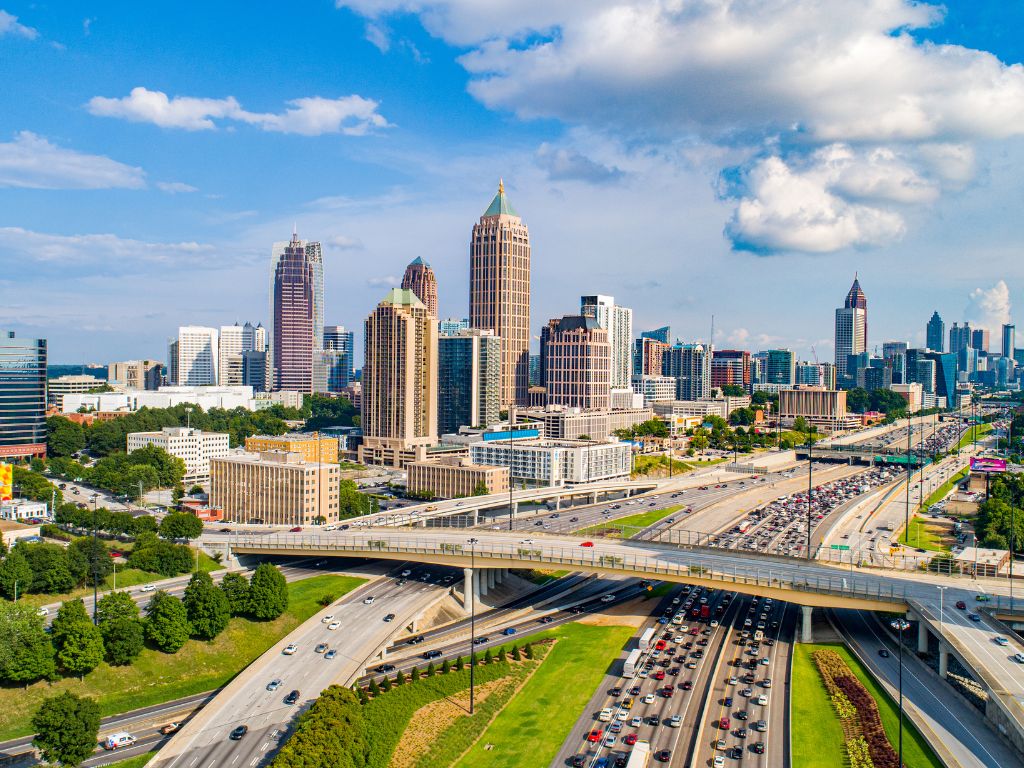 A hotbed of social activism since the mid-20th century, Atlanta is especially interesting for history lovers because it was the headquarters of the civil rights movement in America. Neighborhoods like Sweet Auburn and Cascade Heights in addition to Atlanta’s network of historically Black colleges and universities are exemplary of Black and African-American perseverance, struggle, and success in the face of adversity during Jim Crow era legislations. Key figures in the civil rights movement rose to prominence in Atlanta as well like Martin Luther King Jr, Andrew Young, and John Lewis. From memorials to national historic parks to museums to the National Center for Civil and Human Rights, there are plenty of ways to experience the history of Atlanta’s civil rights action. 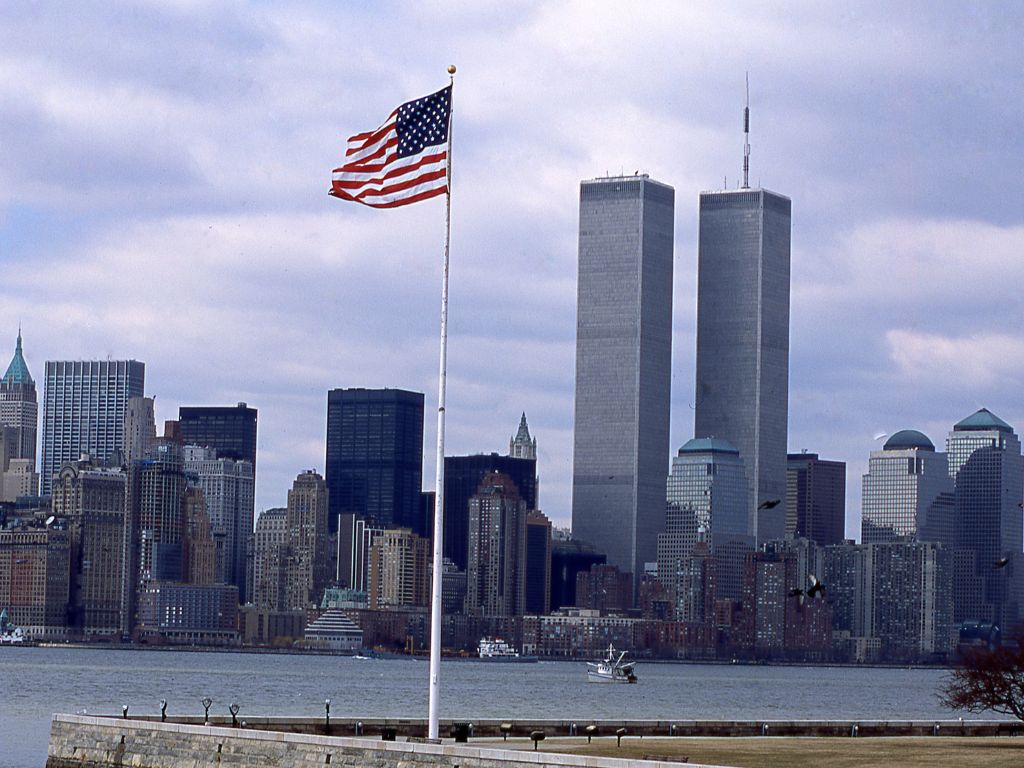 Everyone has their own black-and-white picture of what New York’s history looks like in their mind’s eye. First inhabited by the Algonquian people, New York City has seen many phases in her lifetime; at one time a Dutch colony, and then the next the financial capital of the world. What does your mind’s eye see when imagining the city’s history? Maybe it's the influx of immigrants at Ellis Island and their lives in tenements. Maybe it’s the city’s ritzy Gilded Age and its incredible buildings. Maybe it's the activism of Greenwich Village or the transformation of Brooklyn or the gastronomy of South Village. New York has many hues on her, and the history buff has many options to explore her colorful character. 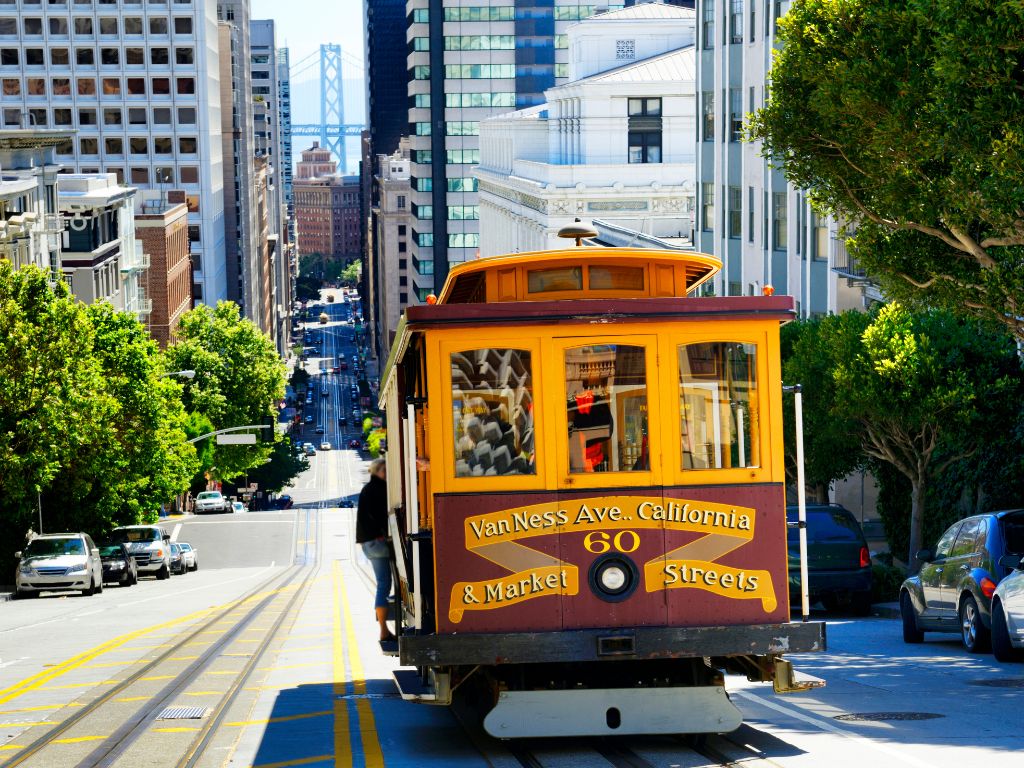 A city of constant transformation, contrast, and eccentricity, the foggy city of San Francisco is certainly chock full of history. Once a Spanish and later Mexican settlement, San Francisco is most notably known for its appeal for wealth during the Gold Rush in 1848. Around the same time, the construction of the Central Pacific Railroad drew Chinese laborers who were later forced to leave through exclusionary laws, which was also followed shortly by Japanese internment camps during World War II. However, San Francisco would soon be a haven for bohemianism, counterculture, and environmental, LGBTQ, women’s, and labor activism. This nonconformist and free-spirited characteristic that embodies San Francisco contrasts with the more recent rise in tech culture. San Francisco’s multitude of identities makes it a very attractive place for history buffs indeed.

Interested in more history about America? Head on over to Context Learning and join an in-depth discussion with an American history expert. Or dive into our other history seminars.

What Are 7 Wonders of the Ancient World?