Best Things to Do in Budapest

Budapest is one of Europe’s most beautiful cities and a fascinating place to explore for travelers of all ages. The city was formed in 1873 when the three towns of Buda, Óbuda, and Pest were unified. The Hungarian capital boasts historic monuments and stunning architecture that reflect the city’s diverse cultural influences. From taking in the magnificent skyline to learning about the city’s complex history to soaking in a thermal bath, visitors are sure to enjoy their stay in the “Pearl of the Danube.” 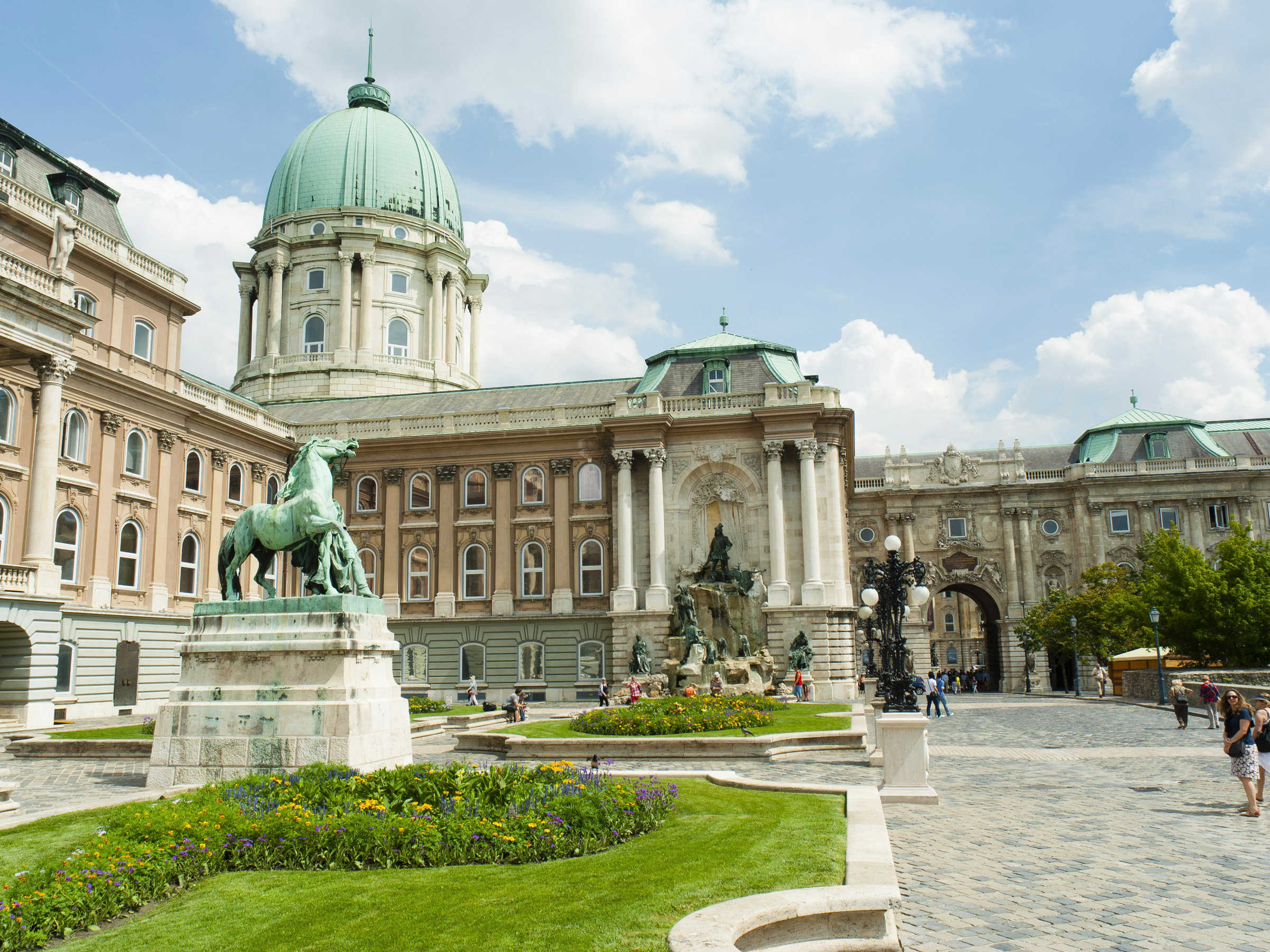 Located on Várhegy Hill, the Castle District is one of the best things to do in Budapest, offering spectacular views of the city while walking amongst architectural attractions. A visit to the district should include Fisherman’s Bastion, a panoramic terrace that offers spectacular views of the Danube and the city. Although it looks much older, featuring neo-Gothic and neo-Romanesque style, the terrace was actually completed in 1902 shortly after Hungary’s millennial celebration. Its seven towers represent the seven Magyar tribes who first settled in Hungary in 895.

While much of the original thirteenth century architecture has been destroyed, the site of the former Buda Castle today is home to the Hungarian National Gallery, the Budapest History Museum, and the Széchenyi Library. After your visit, check out Faust Cellar, a historic wine cellar located underneath Buda Castle. To learn more about the history of the Buda side of the city, join our Budapest Castle District Tour led by a local historian.

Opened in 1849, the Chain Bridge is the first bridge to connect Buda and Pest. The picturesque suspension bridge is flanked on each side by a stone lion sculpted by János Marschalkó. Perhaps a little touristy, it's worth a quick stop as one of the city's most famous landmarks.

A visit to The Citadella after dark is one of the best things to do in Budapest. From the top of Gellért Hill, you can take in sweeping views of the city’s major landmarks lit up at night. Built by the Habsburgs in 1851, the historic fortress was occupied by the Austrians, the Nazis and the Communists.

The Hungarian State Opera House is Hungarian architect Miklós Ybl’s most famous work, and has some of the best acoustics in the world. Built between 1875 and 1884, the neo-Renaissance style building features the works of artists including Bertalan Székely, Mór Than and Károly Lotz. Gustav Mahler, one of the greatest Romantic composers, was one of the prestigious institution’s most notable conductors, also serving as director too! For additional context around the nineteenth century cultural and artistic renaissance in Budapest, join our Budapest Golden Age History Tour.

Visiting Vajdahunyad Castle in City Park is one of the most interesting things to do in Budapest. Built in 1896 for Hungary’s thousand year anniversary celebration, the iconic castle resembles something out of a fairytale, showcasing the architectural evolution of the city by featuring Gothic, Baroque, Renaissance, and Romanesque architecture. 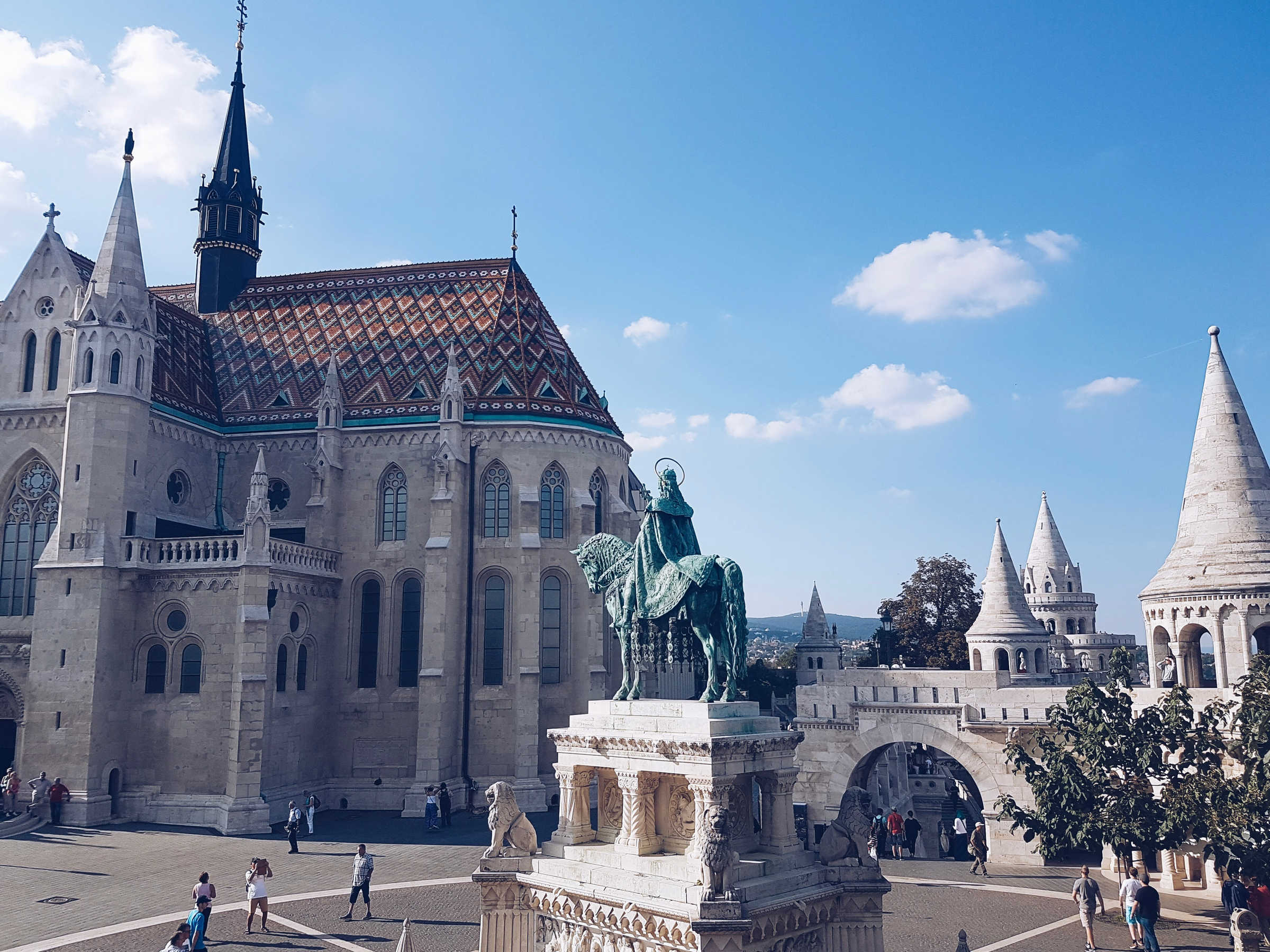 Central Market Hall is the largest market in Budapest, offering a variety of fresh produce including vegetables, fruits, Hungarian paprika, salami, sausages, cheese, Hungarian wine, pastries, and more. Built by Hungarian architect Samu Pecz, the late nineteenth century building is known for its distinctive colorful roof tiles. Enjoy a traditional snack like strudel at one of the market’s many eateries.

Located on the Pest side of the Danube, the magnificent Hungarian Parliament building is the third largest parliament building in the world and one of Budapest’s most iconic landmarks. Built between 1885 and 1902 in the Gothic Revival style, it is home to the Hungarian "Holy Crown," which crowned more than fifty Hungarian kings. 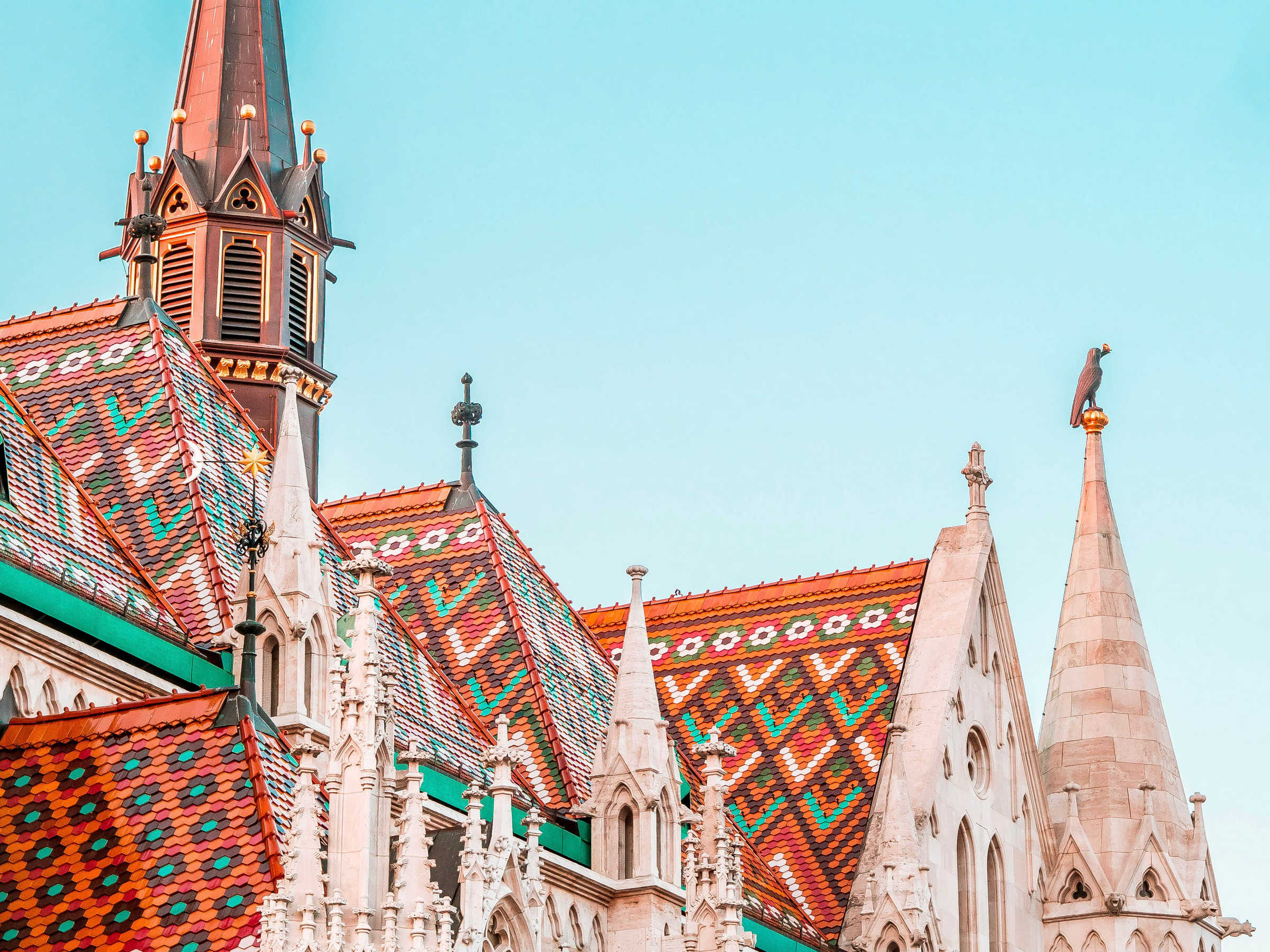 St Stephen’s Basilica, named after Hungary’s first king, is the largest church in Budapest, and third largest in Hungary. The Roman Catholic cathedral features frescoes, mosaics and statues of 19th century and contemporary artists and is home to one of the country’s most prized possession, the Szent Jobb (Holy Right Hand)—St. Stephen’s mummified right hand. Visitors can go up to the church’s cupola and take in panoramic views of the city.

Budapest Cave Church, carved into Gellért Hill, and therefore best known as Chapel in the Rock, was founded in 1926 by Pauline monks. The church served as a hospital and asylum during World War II. In 1951, the church entrance was sealed by orders of the new Communist regime and did not reopen until 1991.

Dohány Street Synagogue is the largest synagogue in Europe. The nineteenth century temple is beautifully constructed and richly decorated, evoking the Middle East with its Moorish style. Next door, in the courtyard, visitors can see Holocaust Memorial Park, and learn about Jewish culture at the Jewish Museum. Join our Jewish Quarter Tour to learn about Budapest’s Jewish history.

The Museum of Fine Arts, Hungary’s biggest museum, features an impressive collection of artwork ranging from Antiquity until now. It is known for its Italian Renaissance paintings and has the largest collection of Spanish art outside of Spain.

The Aquincum Museum and Ruins will take visitors back through history. The archaeological park is the site of an ancient Roman city that was reconstructed between 1960 and 1970. Marcus Aurelius is rumored to have written part of his famous Meditations at Aquincum.

Memento Park is an outdoor museum that was opened in 1993, four years after the fall of Communism in Hungary. Designed by Ákos Eleőd, the museum features forty Communist-era statues collected from around the city.

Budapest, known as the “City of Baths,” is famous for its natural thermal springs. A soak in the healing waters is one of the most relaxing things to do in Budapest. Széchenyi Thermal Baths, the city’s largest thermal bath complex, has fifteen indoor pools and three outdoor pools. It is the most popular spa and hosts DJs and film screenings. Gellért Baths is also worth a visit, featuring thermal baths, saunas and an outdoor pool. The Art Nouveau complex is decorated with beautiful mosaic walls, stained glass windows, and a glass roof.

A stroll along the lovely Danube Promenade, which runs between Elizabeth Bridge and Chain Bridge in Pest, is one of the most memorable things to do in Budapest, taking in the architecture on both sides of the now-unified city. For a more somber sight, the Shoes on the Danube, located between the Chain Bridge and Margaret Bridge, is a memorial that pays homage to the Hungarian Jews who were ordered to remove their shoes before being shot on the banks of the river during World War II.

Margaret Island, located on the Danube between Buda and Pest, is a lovely park for picnics and relaxing. The park has two swimming complexes, a jogging route, an open air theater, a small zoo, and more.

The Palace of Arts, better known as Müpa  is a great music hall, housing the Bartók Béla National Concert Hall. The beautiful building is worth a stop.

There's no denying Budapest's charm. From bathhouses to hilltop castles, the city is full of history and culture to uncover. Get to know Budapest on one of Context's tours!

Travel
The Ultimate Guide to Fun Things to Do in Paris