OktoberFest brings more than 6 million visitors to the city of Munich each fall, and it certainly is one of the city’s most popular attractions. While beer is a big part of the culture—and of the region’s industry—it doesn’t have to be your cup of tea, per se, for you to enjoy the city of Munich in the enchanting region of Bavaria.

There are so many things to see in the city from its famous Pinakothek trio to the futurist tower of the BMW Headquarters. You’ll be just a stone’s throw away from the Alps too, so we’ve assembled a list of things to do in and out of the city, because there is truly something for everyone here, from history to food. 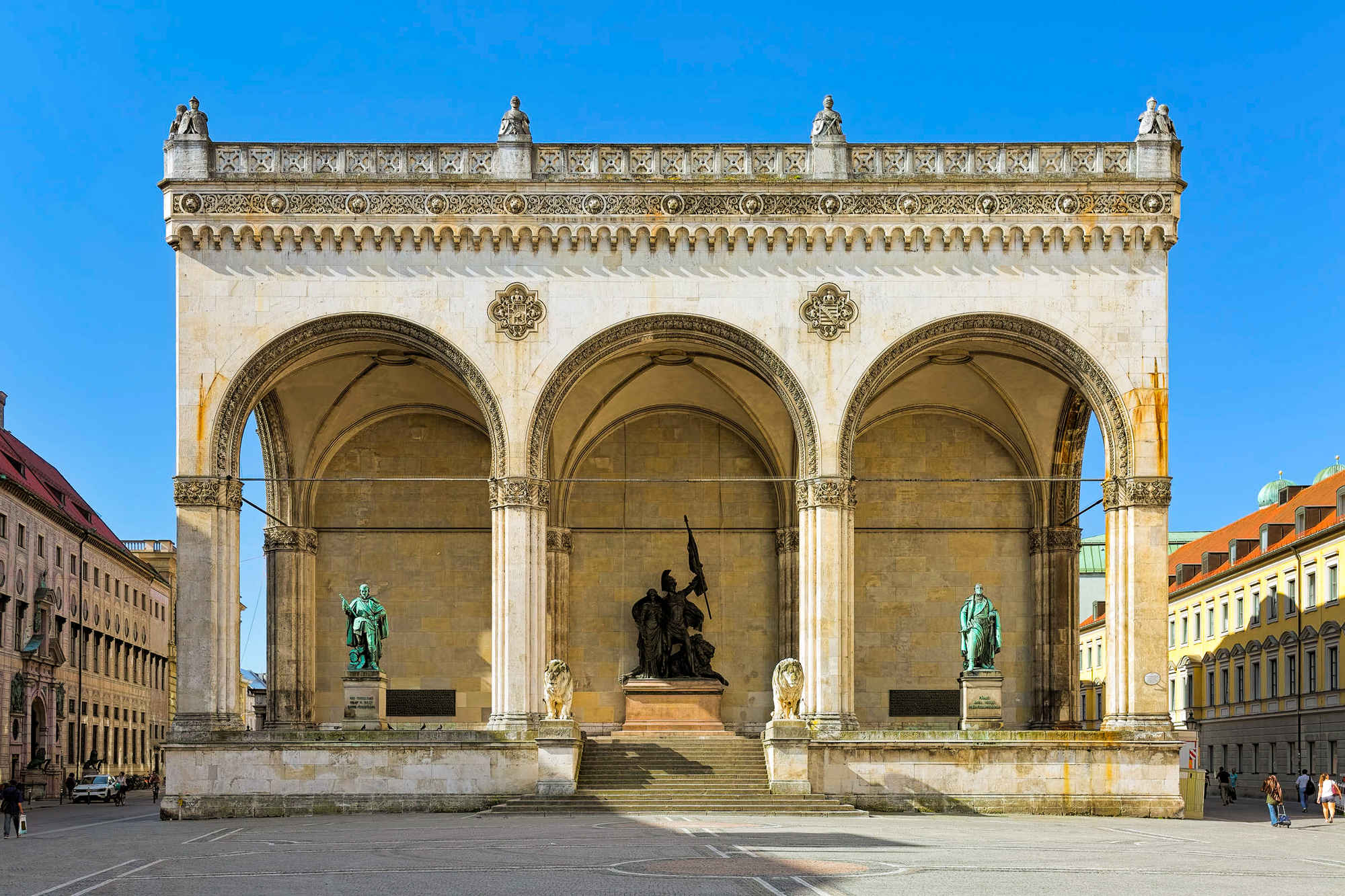 For the WWII History Buff

Munich’s history is an interesting patchwork, a glittering city of hearty comfort until the NSDAP (Nationalsozialistische Deutsche Arbeiterpartei, the Nazi Party) covered it in a dark penumbra. As the birthplace of the Nazi party, there is no shortage of points of interest for the WWII historian. Start in the city of Munich to visit important sites including the Feldherrnhalle, place of the failed Beer Hall Putshe; the Haus der Kunst, the first building to demonstrate Nazi Architecture and propaganda; and Königsplatz, infamous for being the site of Nazi bookburnings. Complete your experience with a visit to the Dachau Memorial Site, a former concentration camp. Join our Full Day WW2 History Tour and Dachau Excursion to reflect on themes such as memorialization and history in the company of an historian. 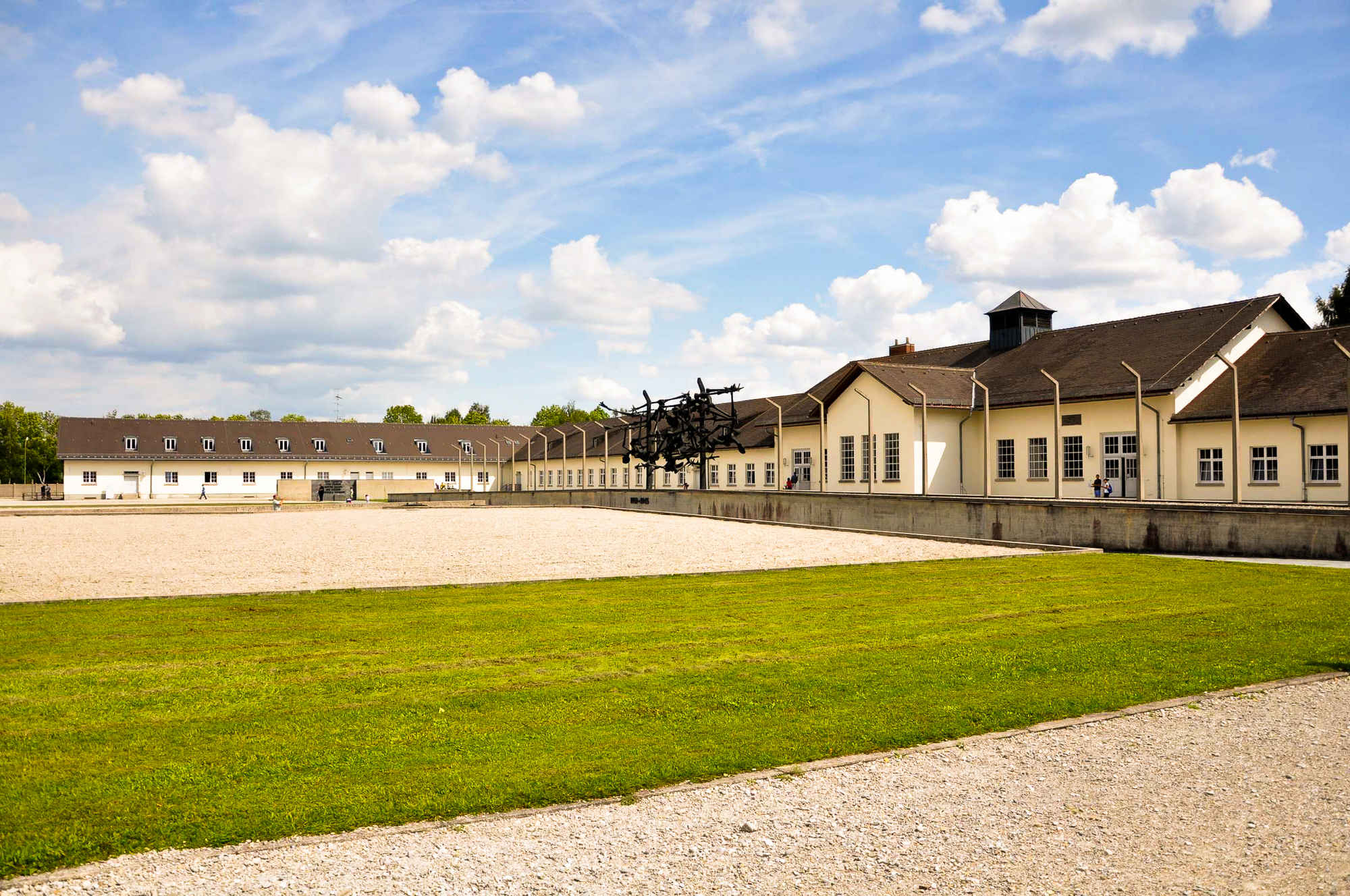 Or for a less heavy day trip, we recommend taking a drive to The Eagle Nest, or Kehlsteinhaus, a former Nazi base and Hitler’s favorite mountain top hangout in located in Berchtesgaten. The site is now a museum and restaurant with beautiful views of the valleys below.

For the Art Historian

While the city is not the first association made when it comes to art, we have to say that Munich has many reasons to be proud of its artistic contributions to the world. As the city where the artists of Der Blaue Reiter first assembled, Munich is witness to some pivotal movements in art. Twenty five years after Kandinsky laid out the treatise concerning the spiritualism of color thereby defining the Blue Rider movement, the Nazi Party would host the Great German Art Show along with its more famous counter part, the Degenerate Art Show, that changed the path of modern art. So where is the best place to start exploring the glittering art collections dispersed in Munich?

Munich’s three Pinakothek museums (Old / Alte, New / Neue, and Modern / der Moderne) are meticulously organized—the galleries are arranged to clearly direct the visitor’s movement and eliminate the usual spatial confusion that one tends to feel in an encyclopedic art museum. 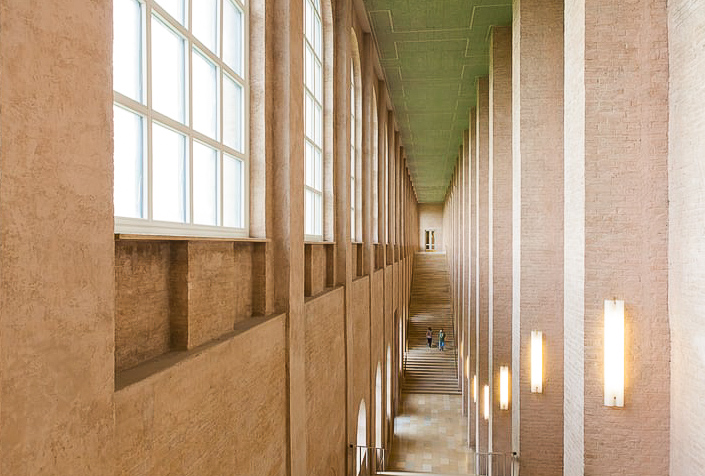 The Pinakothek trio’s collection runs the whole survey of art history from Italian and Northern Renaissance masterpieces to global contemporary works. Here you will find works as complex as Durer’s “Self-Portrait at Twenty-Eight”, as ambitious as Rubens’s “The Great Last Judgement”, as expressive as Kirchner’s “Erna with Cigarette”—the list of artworks with their respective well-deserved adjective goes on, and we’d love to hear what you come up with on your visit to the galleries.

We also recommend visiting the Lenbachhaus, the historic villa and former residence of Franz von Lenbach, “the prince of painters,” with a collection impressively comprehensive of 19th century German painting, Der Blaue Reiter, and New Objectivity. The museum ended its four-year-long renovation project in 2013, with a new wing in gold facade courtesy of Foster + Partners.

In case of a surprise attack of homesickness, you can find the usual suspects of American Modern art in the Museum Brandhorst which opened in the last decade to house Udo and Anette Brandhorst’s collection of 20th and 21st century art including works by Bruce Nauman, Andy Warhol, Mario Merz, Dan Flavin, and Cy Twombly, among others. 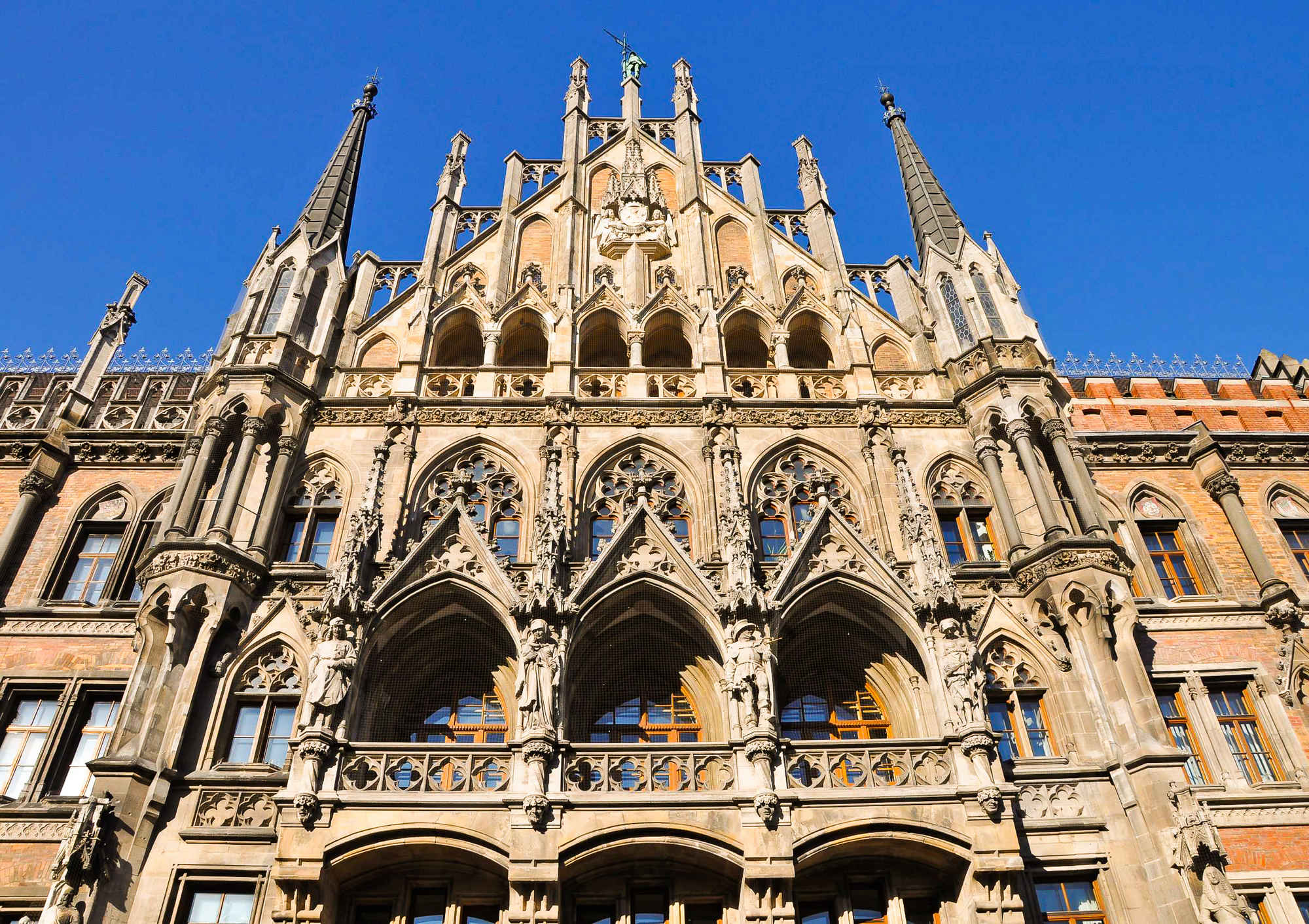 Munich’s got style—architectural style, that is. What better way to appreciate the region’s architectural heritage than to take a pilgrimage (literally) to the Church of Weis (Wieskirche), designed by the Zimmermann brothers in the famous Bavarian Rococo style? Images of this impressive church —with its delicate gold accents and supernatural pastel frescoes—grace the pages of every reputable Western art history textbook.

The 19th century Neo-Gothic Neues Rathaus at Marienplatz is also a sight to behold, especially if you happen to be at the plaza at 11AM, 12PM, and 5PM sharp. At these times, a crowd will have gathered to see the carousel of figurines come to life under the face of the Glockenspiel cuckoo clock. 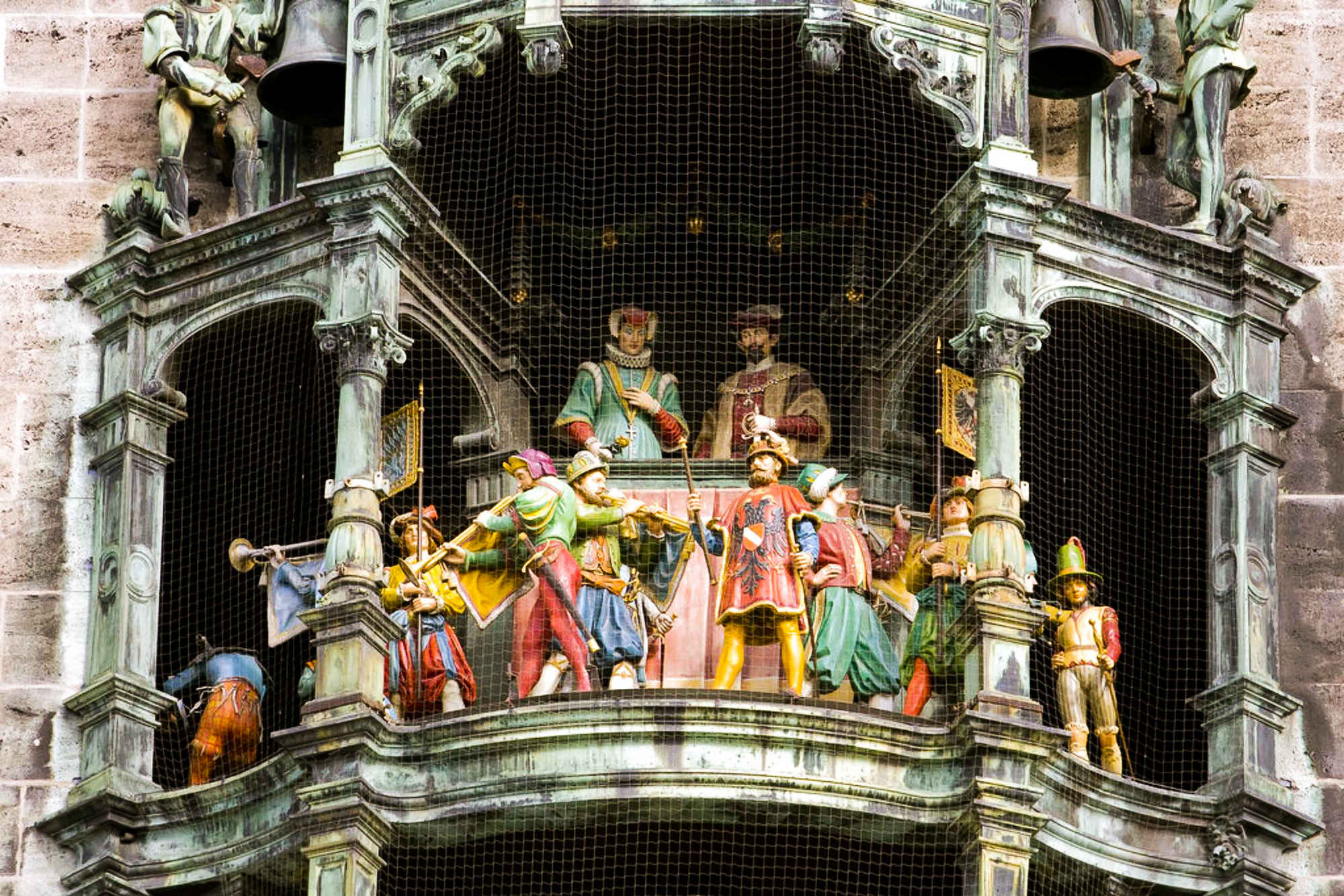 Bavaria is not without Medieval glories, the region is home to Louis IV, Holy Roman Emperor from the house of Wittelsbach. His tomb is in the beautiful Frauenkirche, the emblematic church of Munich. This Late Gothic edifice broke ground in 1468 and was completed in only 20 years, but because of financial constraints, the two towers of the church were not finished until the 16th century, hence the Renaissance domes. Some historians suggest that the final design of the church echoes that of the Dome of the Rock in Jerusalem. During WWII, the Frauenkirche endured more than its fair share of damages from bombings, but having gone through several cycles of renovation, the church stands as a testimony of the city’s complex history. Because of local building height regulations, the towers of the Frauenkirche remain the tallest points of the city. The south tower is open to visitor access, and those who manage the ascent are rewarded with sweeping views to as far as the Alps. 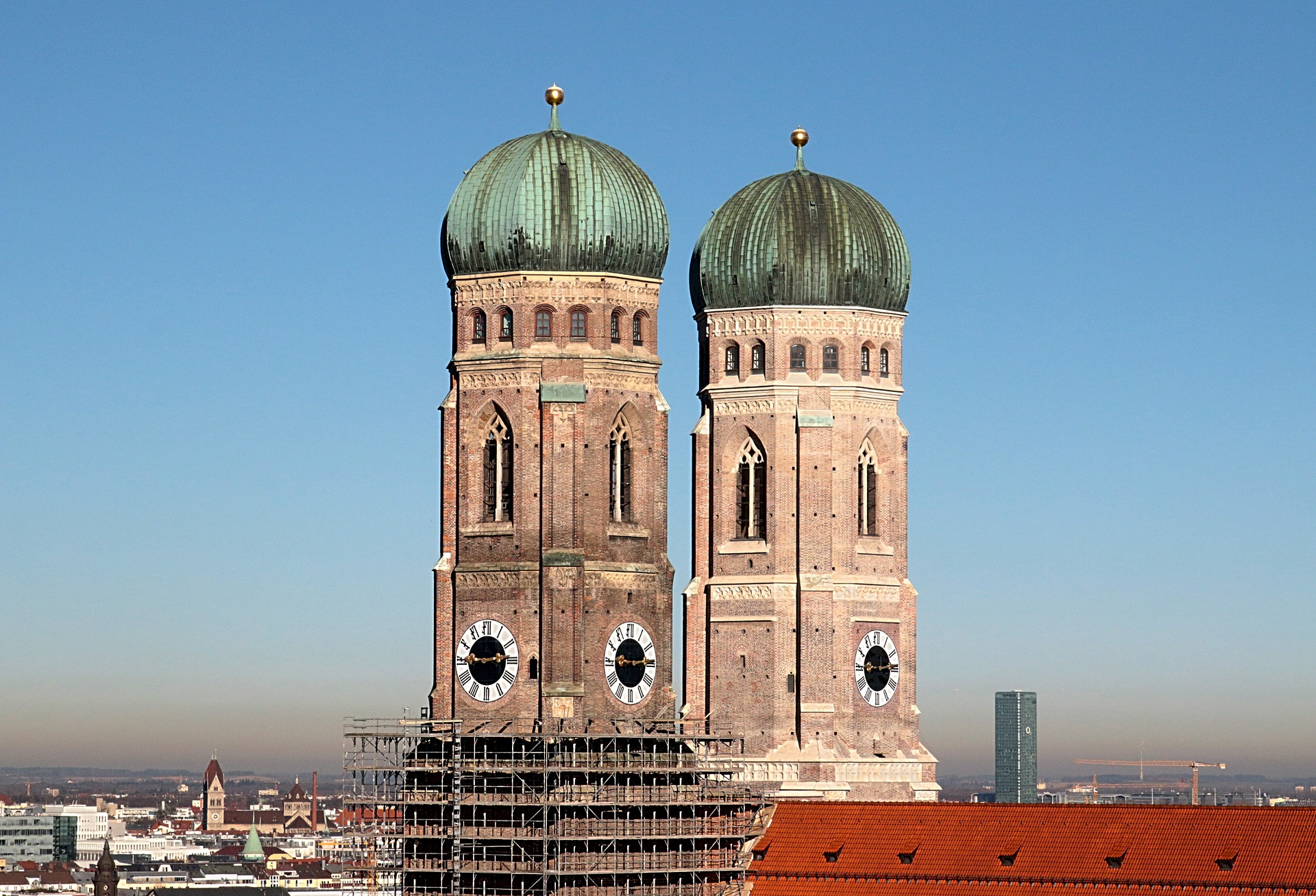 Asam Church is one of our favorites in Munich, this small chapel was built by the Asam brothers in the Baroque style complete with ornate and colorful marble work and decorative flourishes. The edifice embodies horror vacui in all it 176 square meters of space—a small but powerful crystallization of the Baroque aesthetic. 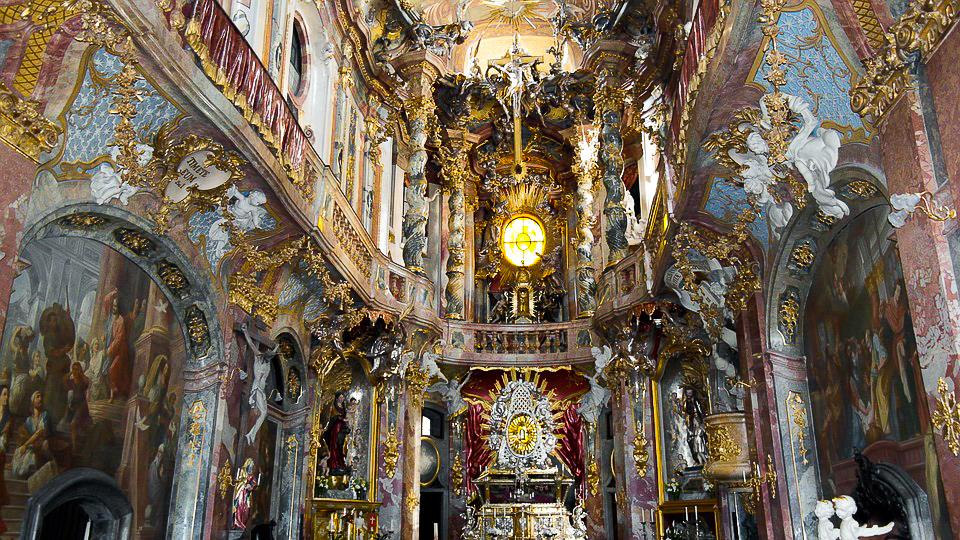 For a less historic look, head to the edge of Munich’s Olympic park to marvel at the futurist aesthetic of the engine shaped BMW Headquarters. If you are particularly interested in the iconic automobile brand, a visit to the BMW right next to the tower is greatly recommended. Both buildings were designed by Austrian architect Karl Schwanzer who went to great lengths to ensure that both buildings seemed like they were hovering above ground to pay homage to BMW’s original production of helicopters.

Visit Munich’s most iconic buildings with our Introduction to Munich Tour.

For the Gardener and Nature Enthusiast

The Englischer Garten in Munich is the oldest public park in Germany, and was first conceived as a military garden in the late 18th century. Walk through the park and prepare to be surprised by the five-story, pagoda-style Chinese Tower made completely of wood as you arrive at the Biergarten within the Englischer Garten.

Discuss urban landscapes and European garden trends in the company of an expert to make your experience much more memorable. We hear that people often go for the Biergarten but stay to see surfers on the stationary waves of the Eisbach outside the entrance to the park. 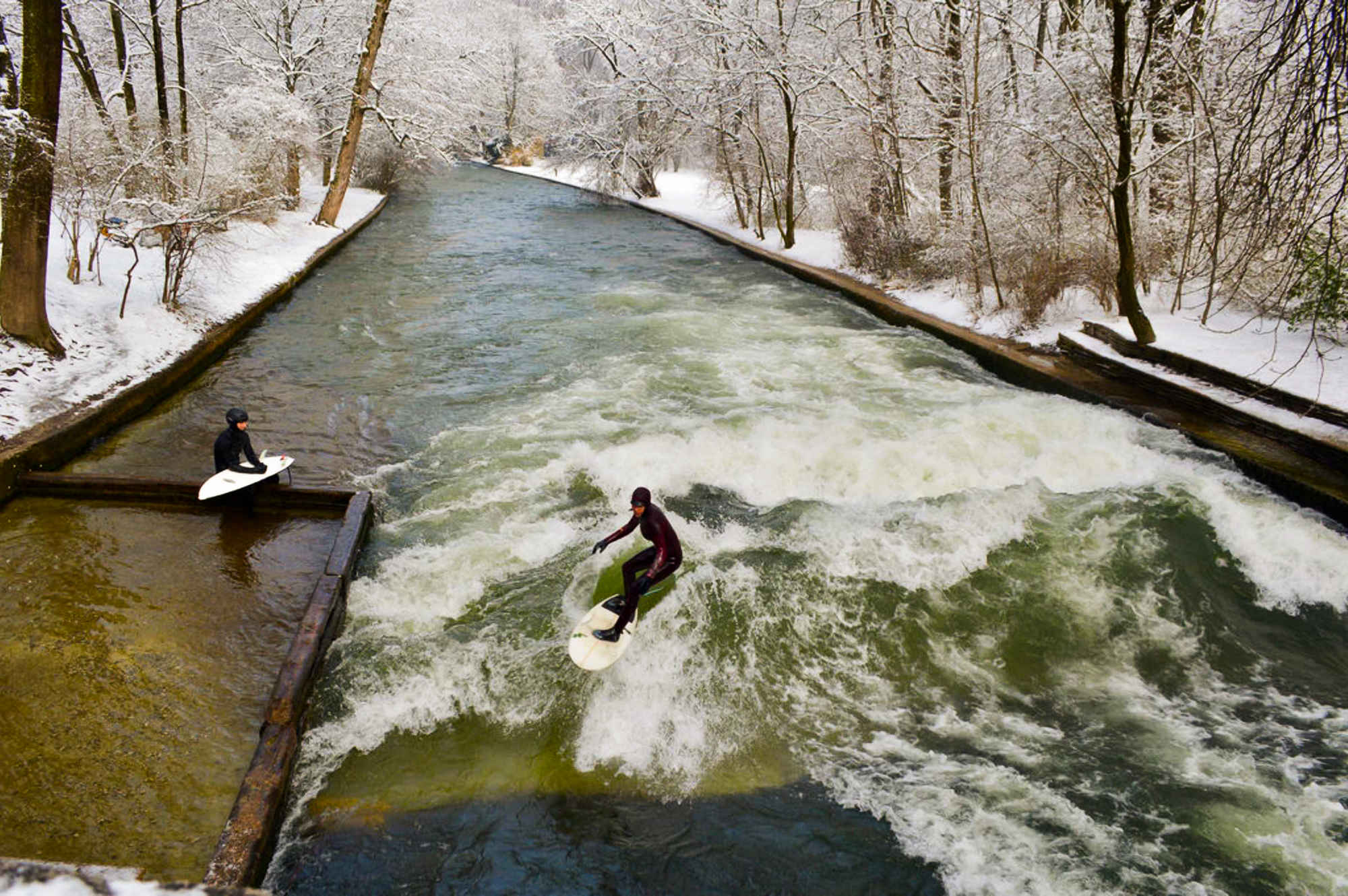 The Hofgarten harkens back to the beginning of the 17th century, and to put that into context, that’s in the same decade as the death of Cervantes, the Mayflower’s arrival in Plymouth, Henry Hudson’s journey up his eponymous river, and Peter Minuit’s arrival in ManhattanThe Hofgarten was a peaceful respite from all the excitement and changing perceptions of the world, and remains so today—after WWII, the garden was restored to its original early 17th-century style reflecting European garden trends of the time.

Last but not wurst, Food in Munich

Stereotypes of German food abound, but don’t let these clichés limit your experience of the city. Regional specialties include not only countless varieties of wursts (sausages), but also sauerbraten (German pot roast), wiener schnitzel (fried veal cutlets), schwainshaxn (pig knuckles) and much more. Visit the Viktualienmarkt, a popular market for gourmet to sample traditional dishes like Bavarian Weißwurst— a sausage made from minced veal the pork. Make sure to also head to Dallmayr, an indoor market with some of the best food stalls in the city. Though hearty, Bavarian cuisine has its own traditional nuances, learn about local gastronomy and culinary practices on our Savoring Munich Food Tour. 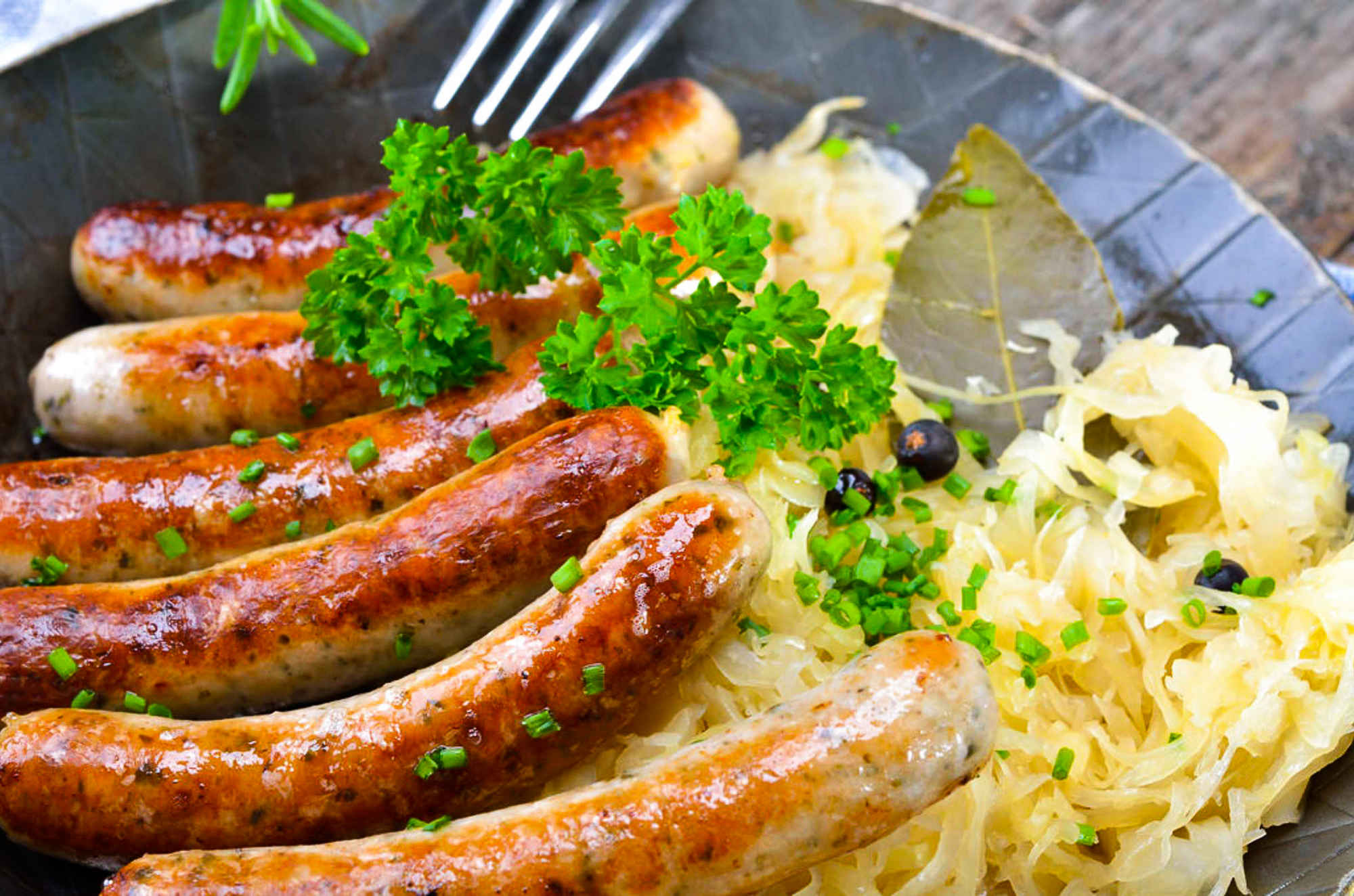 And of course, you can’t leave without trying that ubiquitous effervescent beverage—beer. Going for a pint in Munich is as essential to the cultural and historical experience of Bavaria as eating pastries in France. OktoberFest brings the big crowds, but the city doesn’t stop at the Biergarten, and Munich’s cultural and historical offerings are even richer than that shade of Hofbräuhaus gold. Check out all of our expert-led private and small group tours of Munich to truly get to know this charming city.