A Guide to Coffee in Portugal

When it comes to coffee, Portugal isn’t necessarily the first place that comes to mind. But, we're pleased to report that Portuguese caffeine concoctions are definitively under-hyped: from the moment we tossed back a cup to wash down our pasteis de nata on our Savoring Lisbon Food Tour, we’ve found ourselves craving more. As one of our favorite vices (because—caffeine jitters and all—more coffee means more energy for walking tours, right?), we sat down with our Lisbon guide Pascal for a full download on what we needed to know about ordering (and drinking) coffee in Portugal:

Proudly one of Europe’s oldest nations, Portugal is home to a few peculiar and charming expressions of different coffees. Whereas Italian dominates coffee lingo in most parts of the world—latte and cappuccino being universal—the Portuguese eschew the use of customary Italiano for this legendary beverage. As in other Southern European cultures, coffee is Portugal's social beverage of choice (for half the time at least; the other half being saturated with vino). On average, a Portuguese adult consumes over 4kg of coffee beans a year. Although at-home consumption is increasing, most Portuguese still prefer to linger over a demitasse at a cafe or restaurant. In a country that enjoys the least expensive coffee in Europe, it’s considered a democratic right that no one pays more than 60 cents for their daily right to aroma, conversation, and stimulation! (Meanwhile stateside, we’re sighing over our four-dollar americanos.) 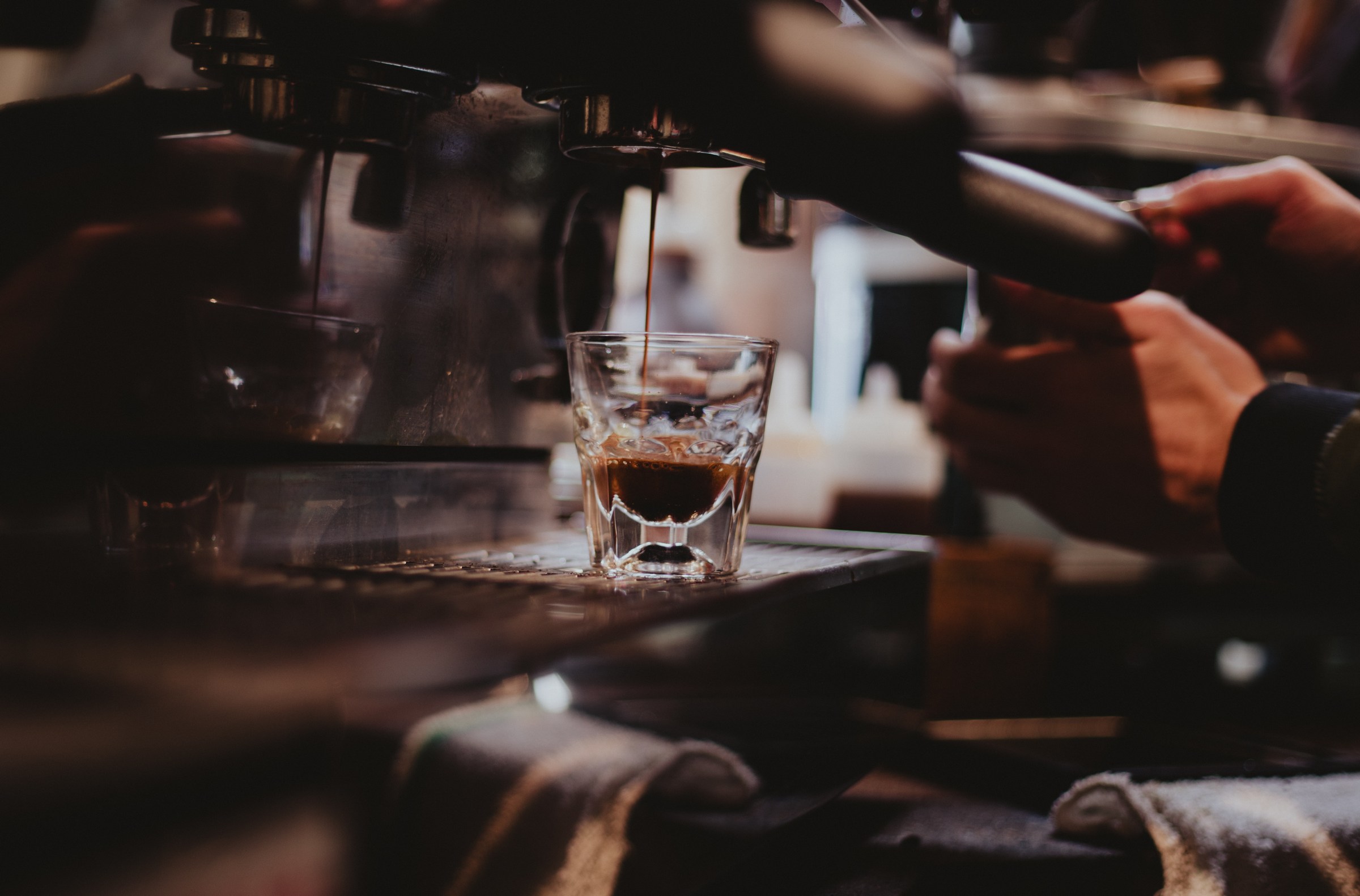 But what about the taste, you ask? In this country of ten million, robusta beans are more heavily used than the more refined—and pricier—arabica varieties. Robusta is typically prepared as a light or medium roast, which gives the coffee an earthier mouthfeel and fruitier flavor than the darker roasts often gulped in France or Spain. Italy especially errs on the darker side of the roast spectrum: whereas Italian coffee tends towards smoky aromas and bitterly strong ristretti, the Portuguese addiction is one of delicate flavors rather than bold strength. 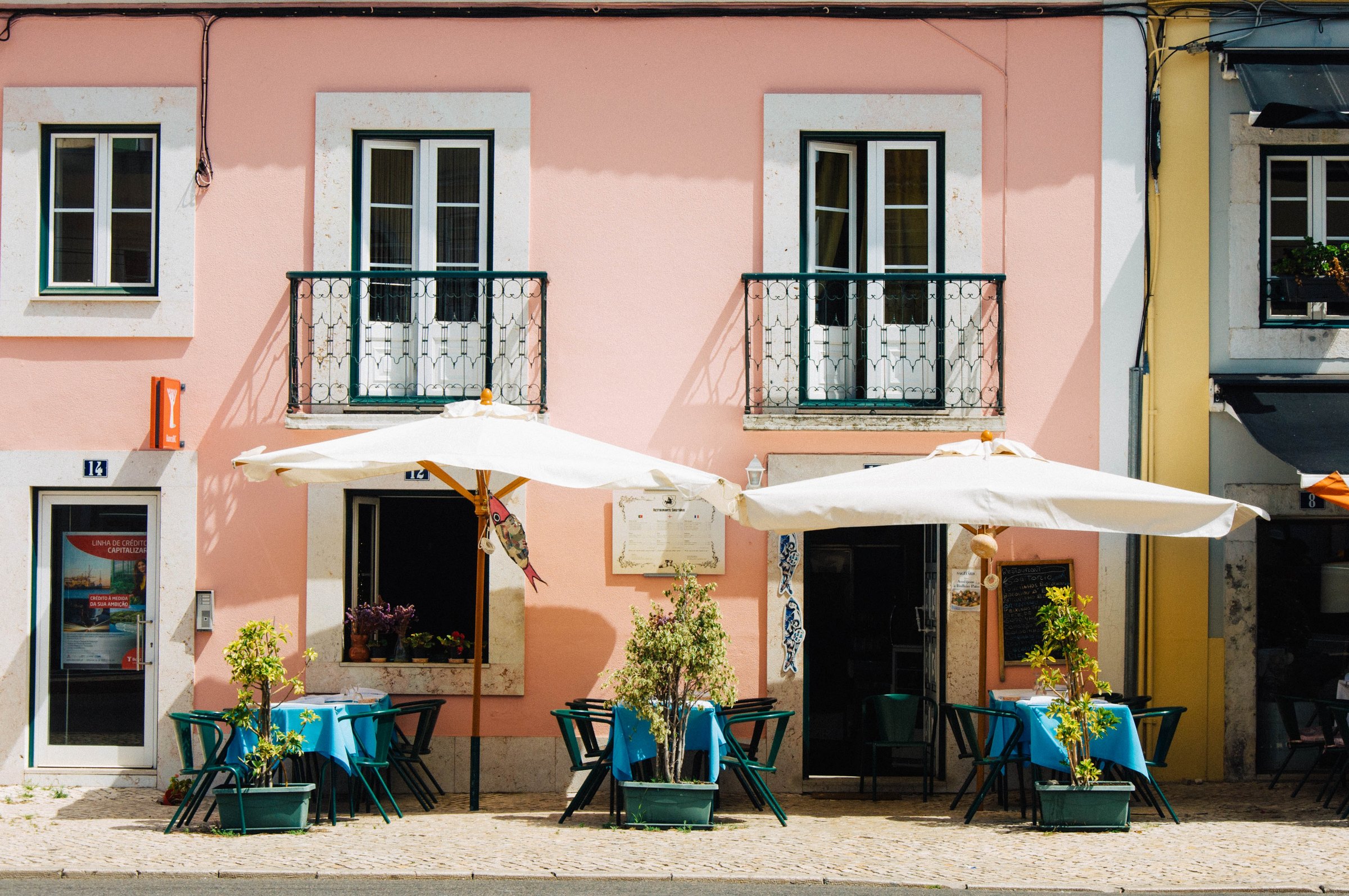 A guide to ordering your coffee like a local in Portugal

Heading to the bar, ordering um café will get you an espresso (although we've never heard a local use the latter). This is the default coffee order in Portugal; it’s just assumed that everyone desires their coffee short and strong. Those in need of a longer pull should ask for a cheio—a full cup—which is effectively an elongated espresso with the coffee filling up the small cup. (Nota Bene: although similar, to get an americano, order the abatanado, a double espresso with hot water added).

For those who with lukewarm feelings for black coffee, um galão (a gallon of coffee) is a safe bet. Don’t be alarmed, galão is actually the closest thing to a latte, with a larger proportion of milk to coffee. Those wanting a higher caffeine dose will order a galão escuro, a 'dark'—or literally 'obscure'—coffee. 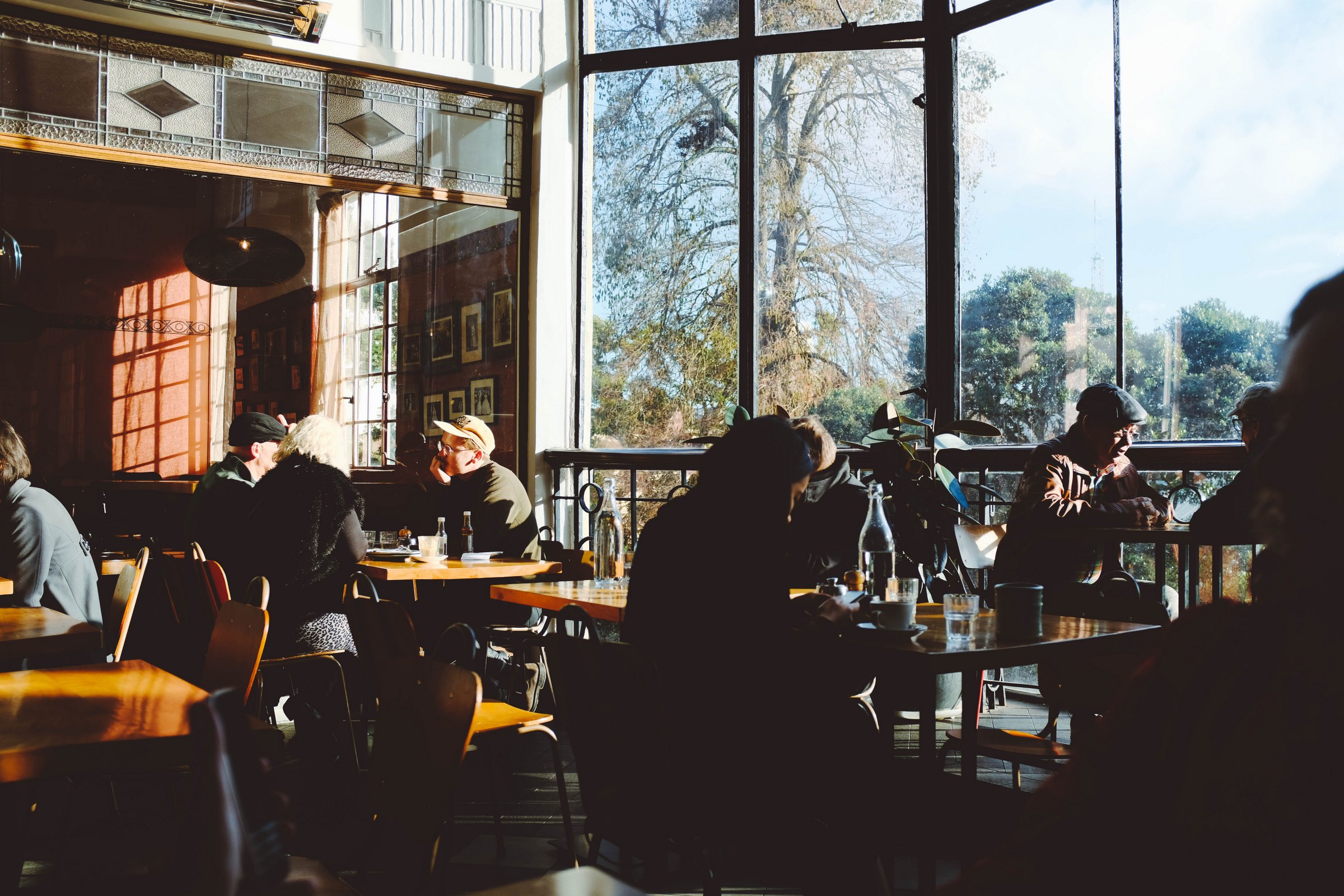 Most delightful of all is the garoto, an espresso with milk, and sometimes foam—more or less a macchiato. The name may strike those who speak Portuguese as slightly peculiar, as it translates directly as a "small boy". While the exact origins of the garoto name are up for debate, our guess is that the nomenclature is a reflection of the fact that Portuguese "coffee rights" even extend to children, and younger drinkers tend to have a distaste for the bitter cafés. Brazilians would instead call this a pingado, which means to be ‘dripped’ with milk. 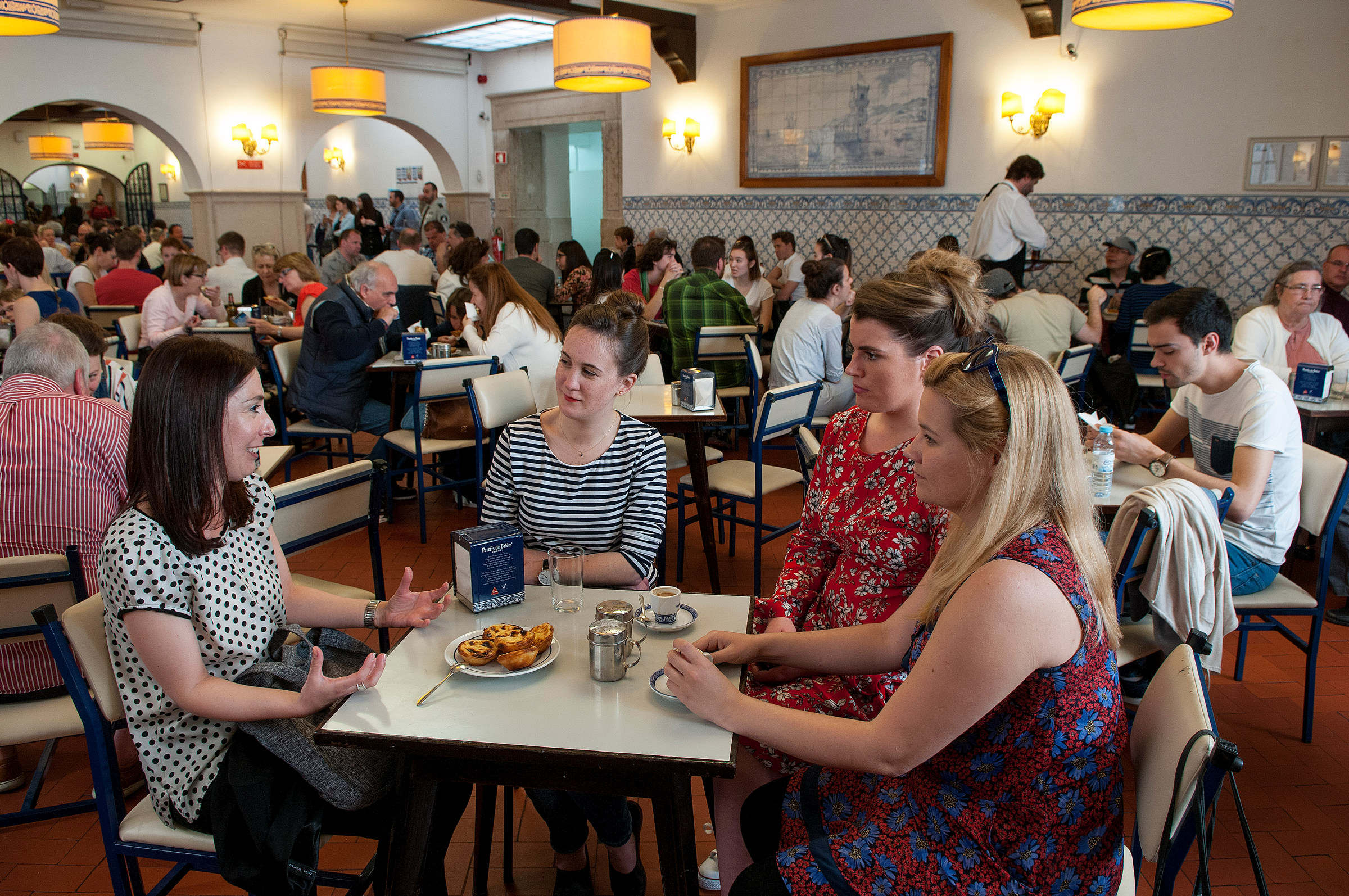 Iced coffees and caramel lattes will need patience to gain popularity with the Portuguese (personally, we hope it never happens). This conservative coffee attitude has its benefits, in the way of a firmly preserved coffee culture and excellent—if traditional—menu offerings. Locals tend to be very loyal to their neighborhood cafe, and follow a fairly ingrained coffee routine. (A quick related note: that's not to say that Portuguese culture clings to tradition and heritage in all aspects. In our experience, we've found that migrants and refugees generally receive a warm welcome: the country is, after all, one of emigrants. Portuguese diaspora also spans the world—astonishingly, there are more Portuguese residents in Paris than in Portugal's second city, Porto.) 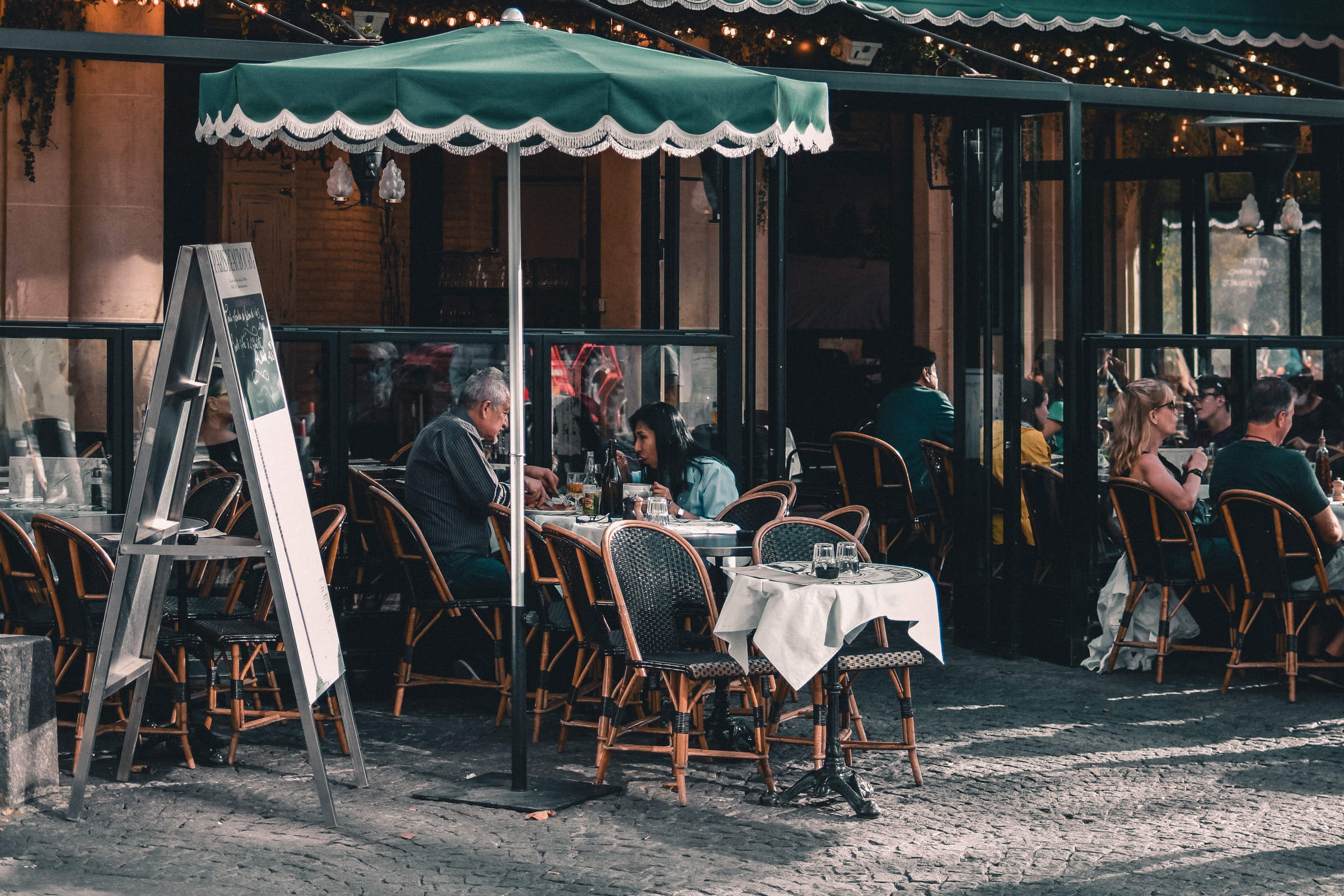 About time in Portuguese coffee

Thanks to Portugal's legendary laid-back attitude, time is a special concept in this humble country. After all, what’s there to rush? We like to think that it's some combination of Lisbon's bright terra-cotta roof tiles, pastel-colored buildings, and sunny weather that leads locals to frown upon almost all forms of rushing. The overriding sense of this sociable culture is an emphasis on family and connection, with coffee culture playing a critical role.

There may be some socio-economics at play in Portugal’s amiable coffee habit as well. With Portuguese  minimum wage now at 600€ a month, many are without the luxury of large, spacious living spaces. In this way, cafes often serve almost as shared living rooms, spaces where daily life finds a comfortable meeting spot. You can order a 60-cent ‘bica’ (espresso) and stay for as long as you like. 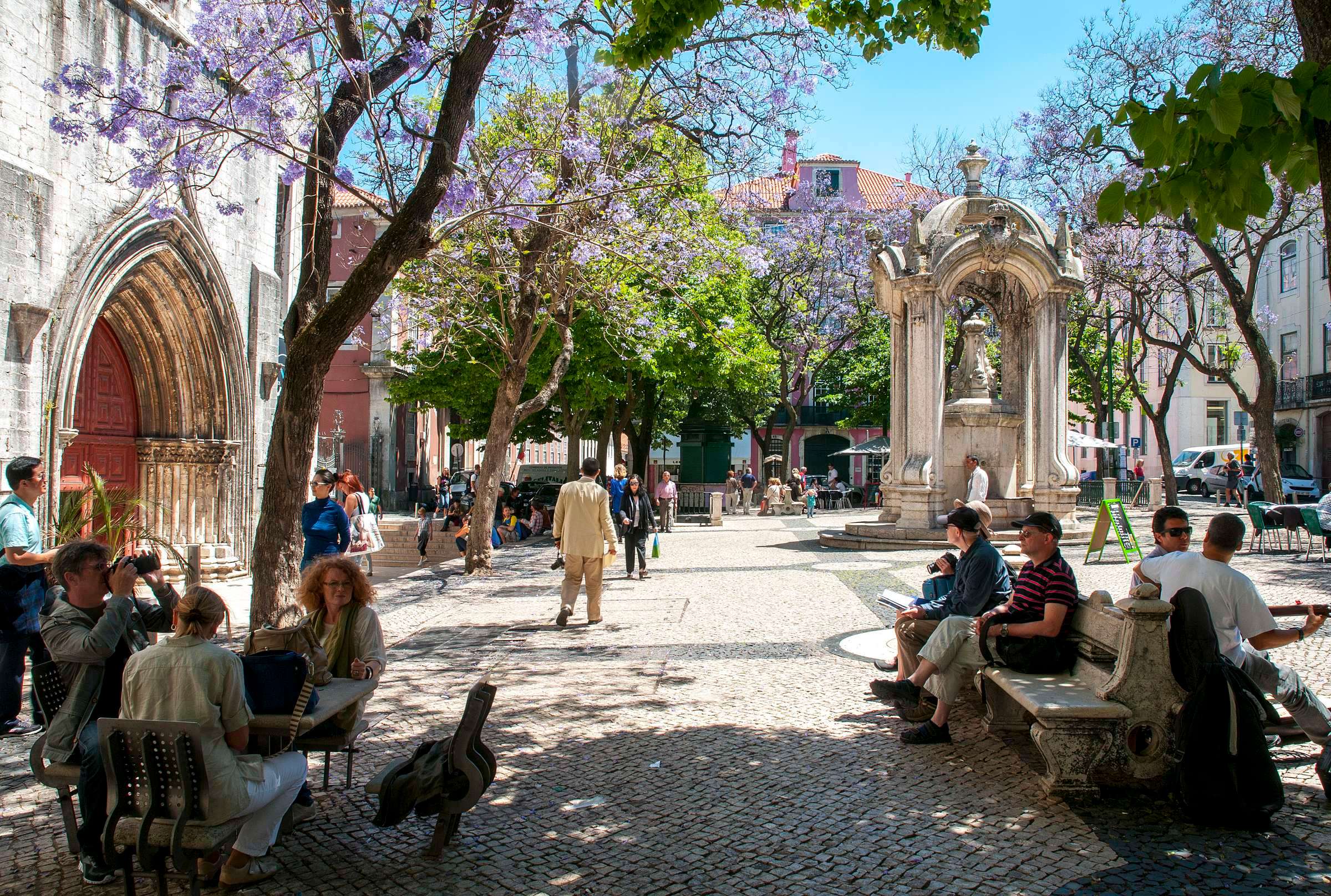 Pascal is a Context guide in Lisbon and a passionate musician. Having graduated with a first-class B.A. honors in English & Music after studying in Leeds and Berlin, Pascal came to Lisbon and now plays an active role in the city’s music scene. Join Pascal as he shares broad insights into the city and illuminates the hidden histories on our small-group and private tours in Lisbon.

Reflections on the 75th Anniversary of D-Day

Christianity in Provence: Tracing the Footsteps of Mary-Magdalene with Dr. Guillaume Durand
Nov. 28, 2022 $26