On August 9 of every year, Singapore celebrates the National Day of Singapore, or Hari Kebangsaan Singapura, which commemorates its independence from Malaysia in 1965. Like other independence days around the world, citizens of Singapore bring out the fireworks, gather for a phenomenal parade, and fill the streets with some good old-fashioned merriment. Before we get into the fun activities of the occasion, let’s see what the nation’s independence movement was all about.

A Brief History of Singapore and Its Independence

Because of its prime location, Singapore has been home to many different people crossing through its waters and borders over the centuries. The nation’s name comes from two Sanskritic words — “Simha” which means lion and “Pura” which means city. Legend has it that a prince was out on a hunting trip when he spotted a ferocious animal that he’d never seen before, the lion. He took it as a sign of good luck, so the prince named the country Singapura or the Lion City.

Singapore as we know it emerged in the 19th century due to British interest in the island as a trading post. Economic power in the nation transferred from the Dutch to the British because of a man named Sir Thomas Stamford Raffles who realized the potential of Singapore as a place for trade. Its economic opportunities drew immigrants from surrounding countries like China, India, the Malay Archipelago, and more. Of course, this created a rich multicultural society full of exchange but also resulted in racial tension that would last well into the present. 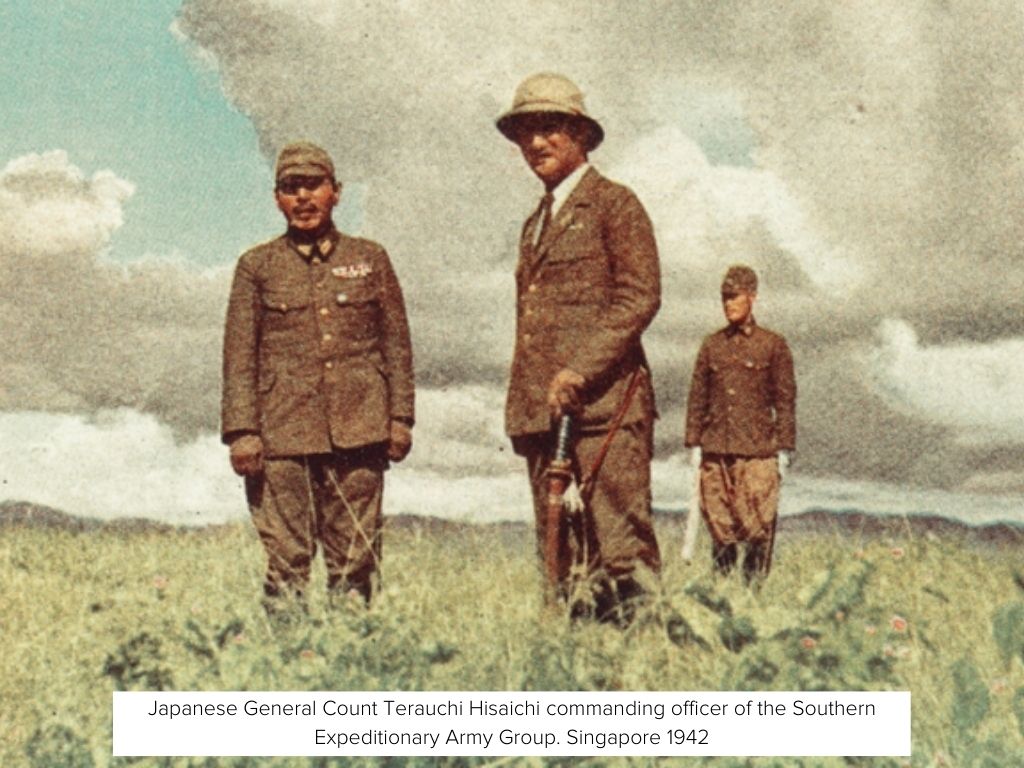 Singapore was under British colonial rule until 1942 when the Japanese military invaded during World War II and Allied forces briefly surrendered the island. In 1945, Japanese units gave back the island to the British and eventually Singapore became a British Crown Colony. Understandably and not for the first or last time in history, faith in British rule grew shaky among the citizens of Singapore. World War II and the invasion wreaked havoc on the lives of people and the initial defeat fostered distrust between Singaporeans and the British. So, the rise in nationalism and eventual self-governance of the nation led to the first prime minister of Singapore, Lee Kuan Yew who was part of the People’s Action Party (PAP)

World War II started Singapore’s movement towards independence and the merger between Malaysia and Singapore finalized it. In an effort to unify neighboring countries for political purposes, Malaysia was formed, which included the Federation of Malaya, Singapore, Sarawak, and North Borneo. This unification was met with ethnic tension and racial turmoil. For example, Singaporeans did not have the same financial and economic benefits instated for Malays at the time. With a rise in hate crimes, abuse speeches, and also economic strife between these unified nations, it was time for Singapore to separate and finally become its own nation on August 9, 1965.

There you have it — an extremely concise but alluring history of Singapore. From the Dutch to the British to the Japanese to Malaysia, Singapore’s seen many different empires and civilizations ebb and flow out of its shores. Its layered identity is apparent in the country’s many landmarks that show its wartime, colonial, and multicultural past. Singapore’s official languages say it all: English, Malay, Mandarin, and Tamil represent just how many different cultures infuse the island with their distinct heritages.

Singapore celebrates its day of official independence in many ways. The whole city lights up with flags adorning its buildings, songs permeate through the streets, and the commemorative events all culminate into the incredible National Day Parade. This isn’t any old parade, mind you. Singapore truly knows how to foster the National Day hype. The parade includes aerial shows, military processions, and traditional performances, and ends in an incredible display of fireworks. 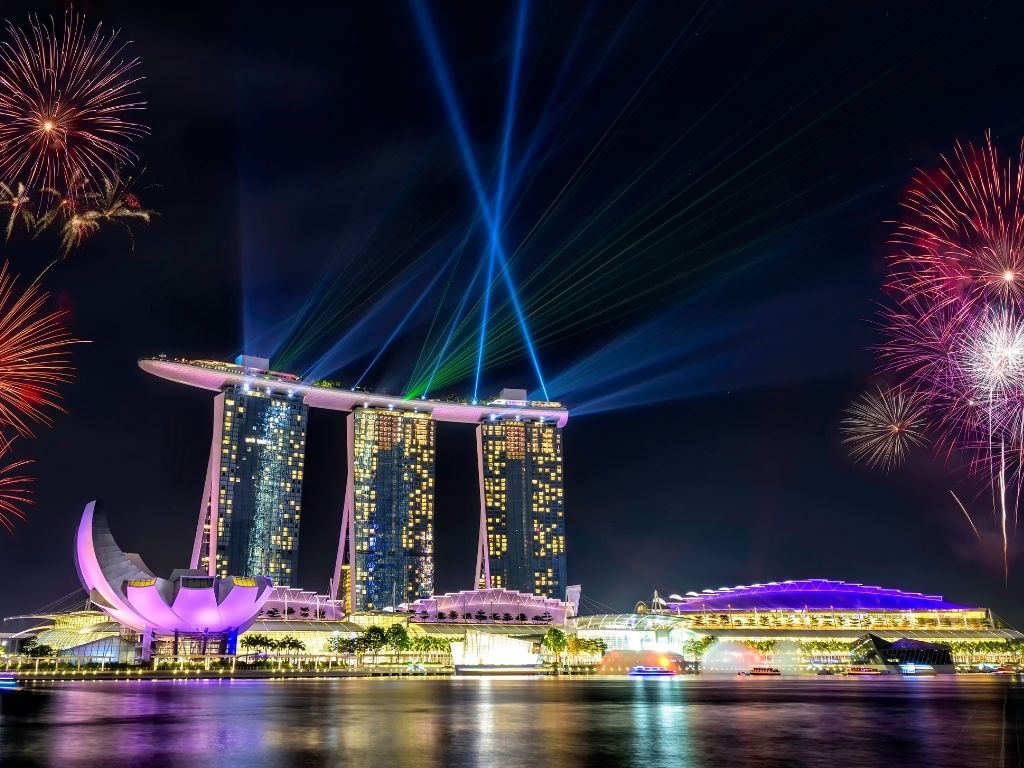 What's more, the merriment of the occasion usually lasts for an entire week. In addition to the National Day Parade, there are a ton of ceremonies, songs and dances, films, and other events to enjoy throughout the days leading up to August 9.

Top 3 Things to Do in Singapore

If you’re lucky enough to be around during this momentous event, here’s a list of neighborhoods, foods, architecture, and more to check out in this wonderfully vibrant capital city.

Enjoy the robust flavors of Singapore

The most inviting thing about Singapore is its food. The street food and markets boast mouth-watering items that are a journey through history as much as they are an adventure for your taste buds. Singaporean cuisine is wildly diverse, reflecting the myriad flavors and cultures that have made their home on the tiny island. Join us on a tour through bustling food halls and nighttime treats on our tours: Singapore Night Food Tour - Eclectic Cuisine Scene and Hawker Centre Hopping: Singapore Food Tour.

Singapore’s Chinatown is not only the heart of the central business district but also a key area for discovering an alternate side to the city. Filled with diverse architecture, a collection of religious sites, and some of the city’s most vibrant markets, Chinatown offers an immersive sensory experience that makes it a must-visit for any traveler in Singapore. Join us on our Temples Amidst Skyscrapers: Singapore Chinatown Tour. 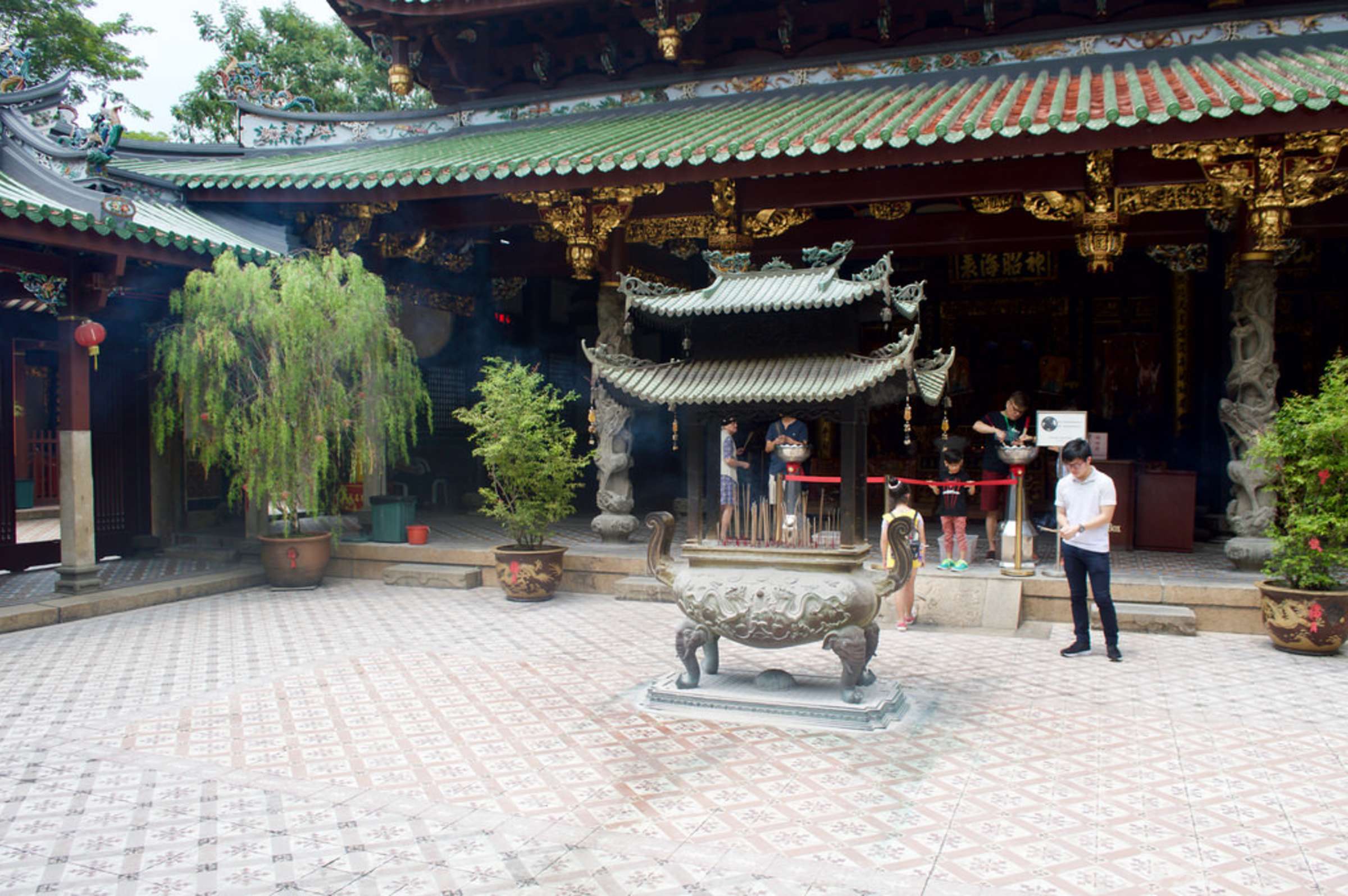 Being historically home to many ethnic enclaves and immigrant settlements, Singapore is rife with a diversity unparalleled to any other city. Little India is one side of Singapore that shows you the many cultures and customs that reside here. Walking through Singapore’s Little India at dusk, one feels transported away from the city to the homeland of Singapore’s many Indian immigrants. Experience the fragrant aroma of cardamom, Hindu temples, and more in our Sundown in Singapore: Little India Tour.

Travel
Things to Do in Vienna with Kids