Valley of the Temples in Sicily: From Akragas to Agrigento

Nestled amongst the hilly terrain in Agrigento lies the Valley of Temples, an ancient wonder that has attracted wanderers throughout history. Agrigento sits along the southwest coast of Sicily, the island jewel of Italy, and has withstood centuries of toil and trouble due to this strategic location. Agrigento is not only rich in its cultural fabric, but the city is also breathtaking in its natural beauty. Surrounded by the seven temples and other sacred relics, you’ll be transported to a time of legends and mythology while soaking in the panoramic views of the crisp, bluer than blue Mediterranean sea.

A Historical Deep Dive on the Valley of Temples

Agrigento was founded by Greeks in 580 BC (then called Akragas). The region was home of the goddess Persephone who was thought to have protected Akragas. At the time, Sicily was dominated by Elymians, Phoenecians, Sicani, and Greeks. This wouldn’t be the only time that Sicily was occupied by various hands — Agrigento has had many cultures occupying its tactical lands.

The city's natural fortification from its hills made it a very desirable location since inhabitants could see their enemies coming from afar. In addition to the Greeks, Carthaginians, and Romans, Agrigento was also occupied by the Arabs (828-829 BC) and the Normans (1087). Agrigento went by the Norman name, Girgenti until 1927 when it recovered its Roman name under Italy’s fascist rule. With such an intricate multi-occupational history, it’s no wonder that the Valley of Temples is a UNESCO World Heritage Site and an attractive destination throughout time. In fact, it was a top place to visit in the 18th century for men of the upper classes undergoing a Grand Tour expedition.

So what makes the Valley of Temples so unique? The holy structures that reside here are a pure representation of Sicily’s ancient, classic culture. The temples here pay homage to the gods and goddesses that the forefathers of Italy worshipped, and the necropolis and monuments supplement the Valley’s Greek and Roman roots. If the past is where you’re looking to explore, you’ll find it in Agrigento. With all of them in a classic, Doric style, we’ll press further into the temples of this ancient spectacle.

There are seven temples that comprise this famous landmark in Agrigento. Below, you’ll find a brief fact about each of them that reflect the city’s occupation by many civilizations:

Temple of Castor and Pollux

Each of these temples have their own unique characteristics and history owing to the coming and going of different people in Agrigento. To get a complete understanding of the holy structures here, you’ll have to come join us on our Agrigento Half-Day: Valley of the Temples Tour led by an expert who’ll make you feel as if you lived its history.

For now, we’ll go in depth with two must-see relics in the Valley of the Temples.

The Temple of Juno was named after the Roman goddess Juno, protector and counselor of state. The structure is perfectly balanced and faces east since worshippers believed that the gods wanted to see the sunrise. What’s more, these temples weren’t intended for the public. The ordinary citizen could only observe them from afar. It’s interesting to think that we might see inside these holy relics more directly than they did! Citizens would stand by an altar nearby the temple and often bring sacrificial offerings to the gods (don’t worry, mostly just animals).

This temple was burned during the siege of the Cartagenians, and then restored by the Romans after the Punic Wars. A more modern and extensive restoration occurred in the 18th and 19th centuries for all of the temples.

Built in the 5th century BC, the Temple of Concordia is the most well-preserved structure in the Valley of the Temples. For that reason, it is the most famous of the seven as well. UNESCO even uses this relic’s image. We know very little about the temple as it existed during the 5th century. Of course, its Doric style, golden-ratio perfection mirrored other Greek monuments at the time, but even its name comes from a Roman inscription dated much later than when it was built. 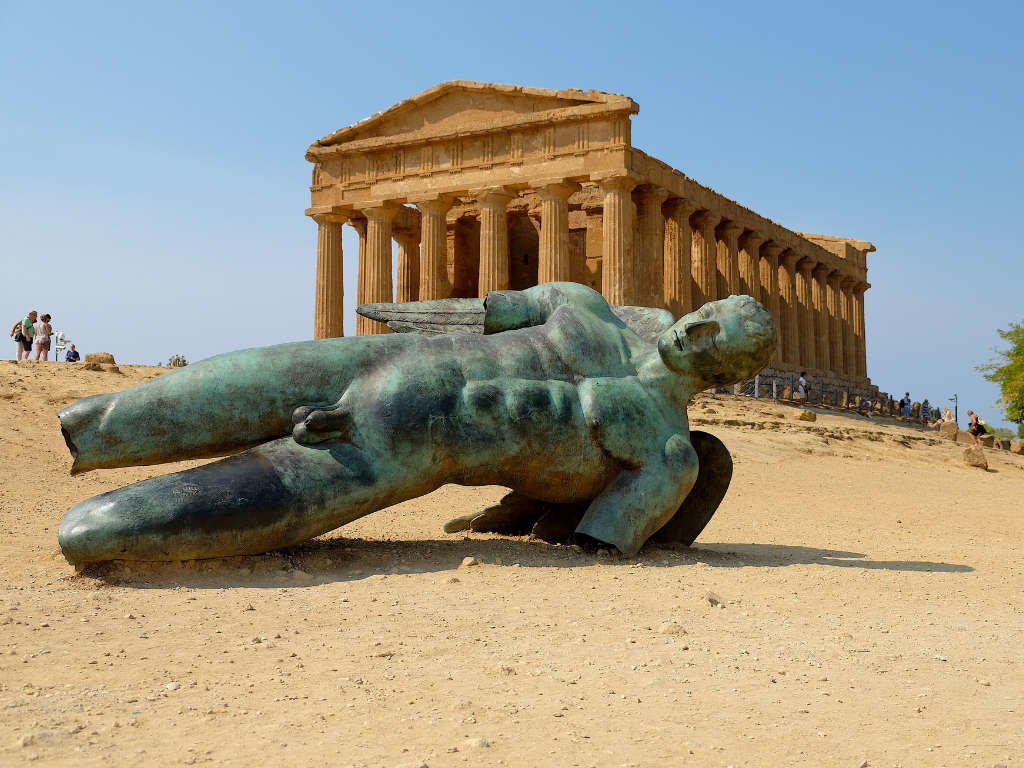 While we don’t know much about its founders, what we do know comes from the Christians who converted the temple into a church in 6th century BC. This isn’t unusual in the course of history. As our expert, Alice Bifarella, tells us in her seminar Agrigento and the Valley of the Temples, if it was considered to be holy, holy it will stay forever. The Bishop of Agrigento repurposed the pagan place of worship to a Christian place of worship, preserving the ancient ruin so we may bask in its splendor to this day.

Lying in front of the Temple of Concordia is a striking, fragmented bronze statue of Icarus. While not an ancient remnant (it was part of an installation by Polish sculptor Igor Mitoraj in 2011), this well-placed modern figure adds to the drama of Concordia. With his clipped wings and broken limbs, it seems as though Icarus fell straight from the sun and crashed in front of this majestic temple. The juxtaposing structures do well to highlight Concordia’s prominence among the seven temples. 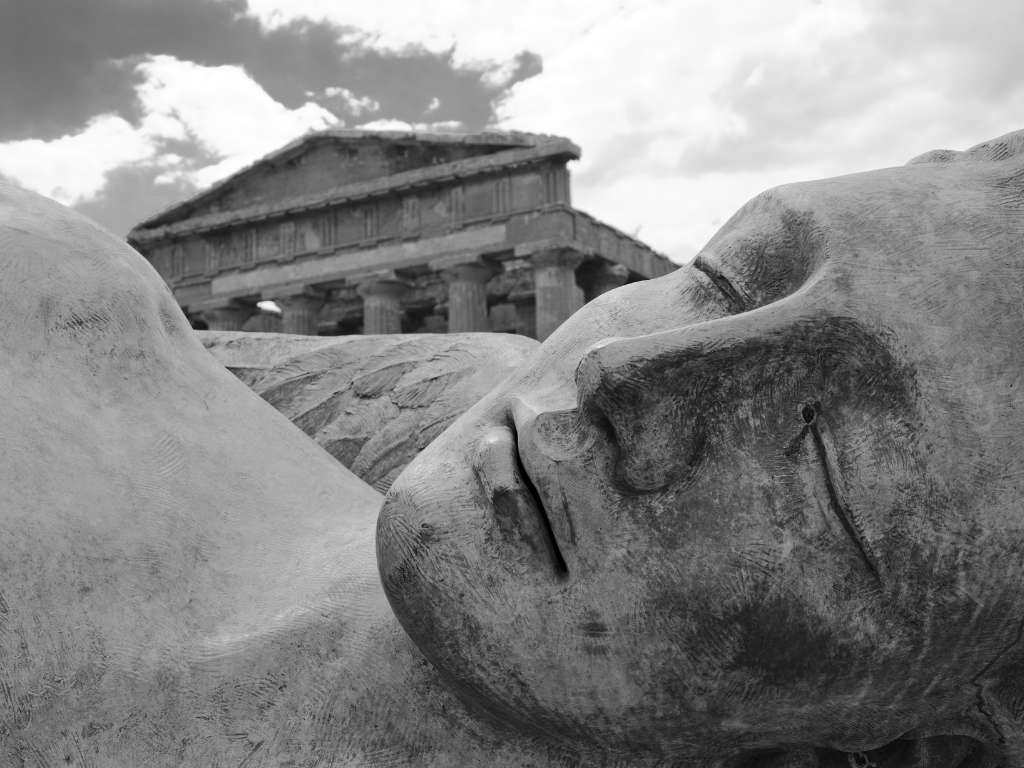 Perhaps Igor Mitoraj chose to place Icarus in front of the Temple of Concordia to show that even the Roman Empire could fly too close to the sun, hard as she might try to conquer and convert.

There are so many facts and figures about Agrigento’s Valley of the Temples that go way beyond the barebones we’ve discussed today. Aside from the impressive Doric style buildings, you’ll also find monuments and graves that honor Roman deaths during wars and other ancient events. Whether a temple was burned by the Carthegenians, transformed into a church by the Romans, or built by Greek worshippers, one thing is certain: the changing hands of Agrigento weave a unique history that every curious traveler must bear witness to.

Travel
Things to do in Munich