Best Things to See in Athens

Athens—the birthplace of Western civilization and also a contemporary capital. The city is layered in contradictions yet manages to form a harmonious balance between old and new. Exploring the museums, ancient ruins, and monuments of ancient Greece is a history lover’s dream. Yet Athens also has a contemporary creativity that emerged from the ashes of the 2008 financial crisis. The city’s laid back atmosphere, unparalleled history, and gritty energy make it a worthy destination for travelers from around the world. These are the best things to see in Athens. 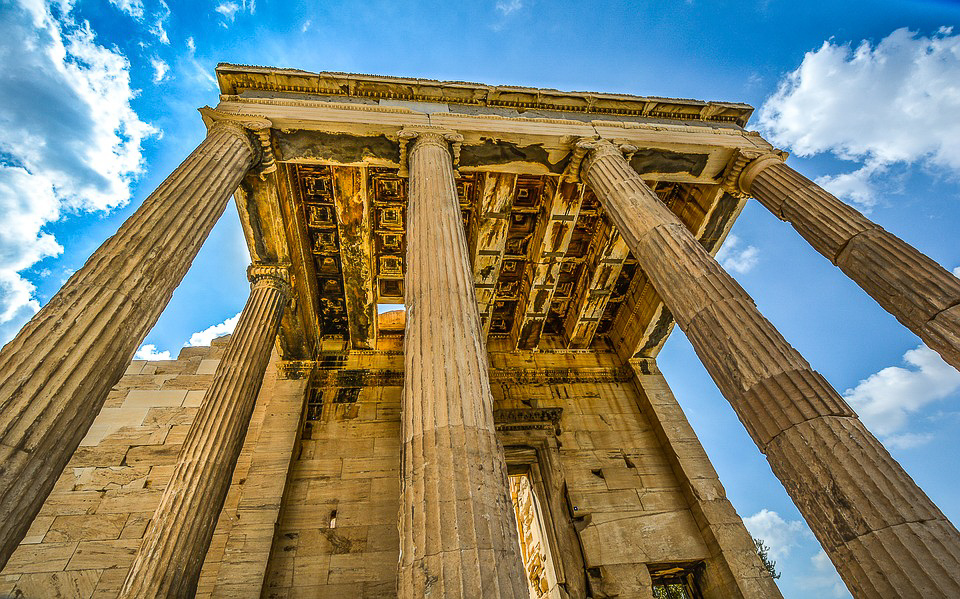 Of course, one can’t go to Athens and miss the Acropolis, the heart of ancient Greece. Located on a rocky hill overlooking the city, the 5th-century B.C. citadel is the perfect place to start a trip to Athens. Perhaps the most famous hilltop in the world, start your day—and we suggest an early start—among the impressive ruins of Temple of Athena, Nike; the Propylaea, the monumental entrance to the Acropolis; the Erechtheion, a temple honoring Athena and Poseidon; and, most famously, the Parthenon.

Depending on how much time you want to spend in the ancient world, you can also visit the 6th-century Theater of Dionysus on the south side of the Acropolis. Hearken back to famous Greek tragedies in the 17,000-seat theater that’s considered the world’s first. From there, it’s a short walk to the stunning glass-paned Acropolis Museum, where you can browse through artifacts from the Acropolis itself, as well as from other parts of ancient Greece. One of the most interesting features of the museum is the mostly glass floor, which enables visitors to view the extensive archaeological excavation below. For skip-the-line tickets and a deep dive into the Acropolis, the Parthenon, and the Museum, join our Acropolis Tour led by a trained archaeologist. 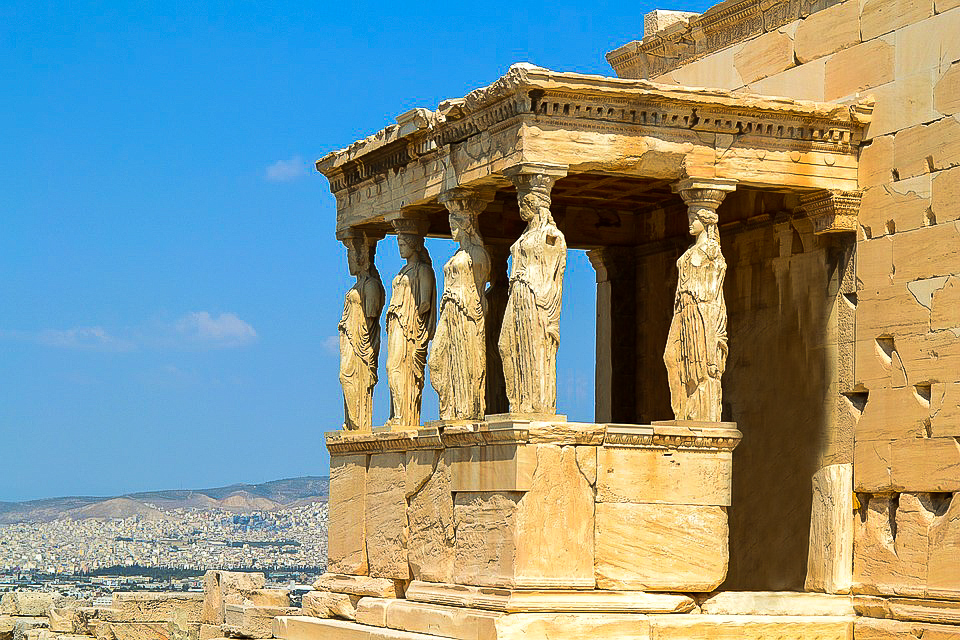 Just down the hill from the Acropolis is the Ancient Agora, another one of the most remarkable things to see in Athens. The agora was the central meeting place in ancient times and today is a complex maze of ruins that tells the story of the evolution of ancient Greece. You can visit the ruins of several temples and shrines, including the well-preserved Temple of Hephaestus, the Stoa, and the Odeion of Agrippa. From there, it’s a short walk to Kerameikos, the ancient cemetery of Athens.

East of the Ancient Agora is the Roman Agora, formed when Roman architecture began to obstruct the buildings of the original. Both are worth visiting and included in the same ticket. Of note in the Roman Agora is the Tower of the Winds, built by astronomer Androniko at the end of the 2nd century BC. The ancient structure, constructed out of Pentelic marble in an octagonal shape, is not only a clocktower with sundials and a hydraulic clock, but also the world’s first weather station. 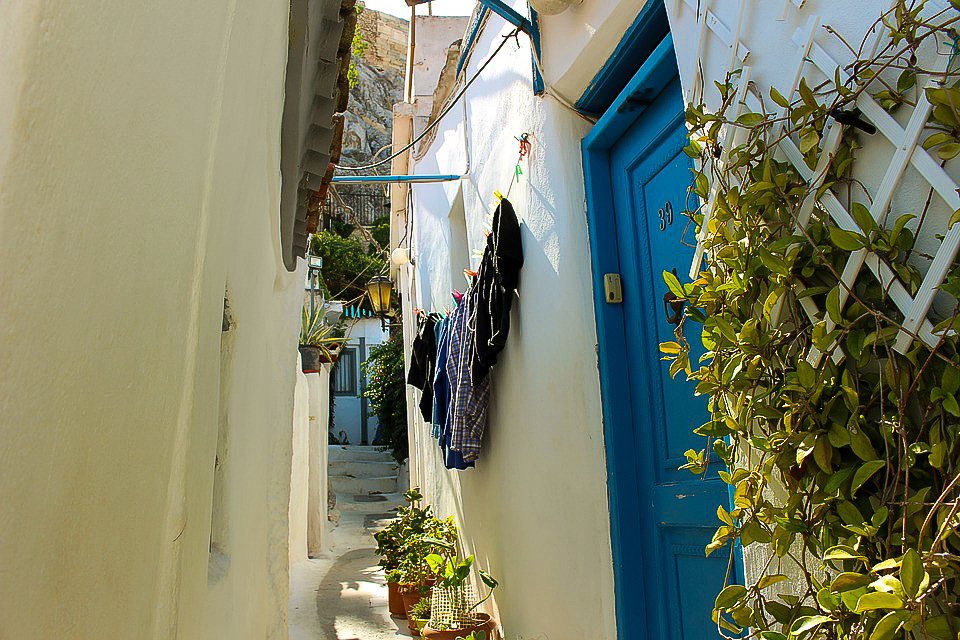 Another short walk will take you to the beautiful neighborhood of Plaka, filled with Greek, Hellenistic, and Roman architecture, and also home to another of our favorite things to see in Athens—the 2nd-century Library of Hadrian. The large complex, erected by Roman emperor Hadrien, was an important cultural center replete with a garden, works of art, lecture halls where various philosophical schools came to teach and debate, and a library housing a major papyrus collection. Today, you can see parts of the massive Corinthian columns that formed the outer wall of the library.

And to see a mix of old and new, one of the best things to see in Athens is the spectacular Panathenaic Stadium, one of the most significant monuments in all of Greece. The stadium was the ancient site of the Panathenaic Games during the 4th century B.C. It was then rebuilt entirely in marble in the 2nd-century by the Romans, before falling into disuse in the 4th century with the rise of Christianity. The historic stadium was revived for the first modern Olympic Games in 1896, and it hosted the Olympics again in 2004. A visit to the stadium allows for you to walk, literally, in the footsteps of Olympians ancient and modern. 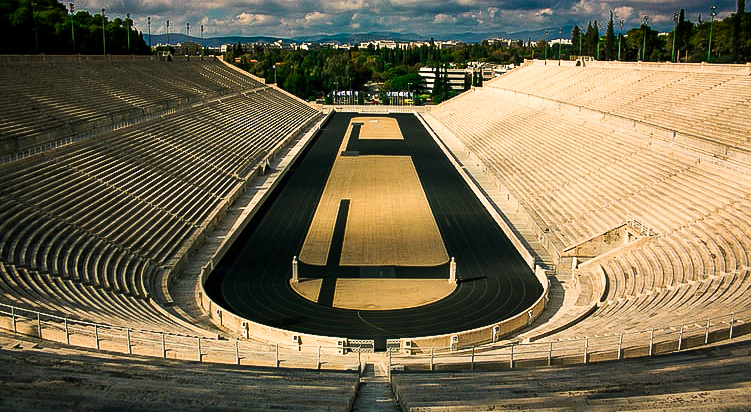 Mount Lycabettus is the highest point in Athens, rising over 900 feet over the city. At sunset, the limestone hill offers stunning views, especially when the lights of the Acropolis, the Ancient Agora, the Panathenaic Stadium, and other landmarks are turned on. If you’re ambitious, you can hike up the hill, or you can take the Teleferik (cable car) to the summit. At the top of the hill, you can visit St. George Church, and take in panoramic views of the city, the Aegean Sea, and the Peloponnese Mountains from the viewing platform. After viewing the gorgeous city lights, you can enjoy a stroll through the surrounding Kolonaki neighborhood where you can enjoy some dinner or some boutique shopping. 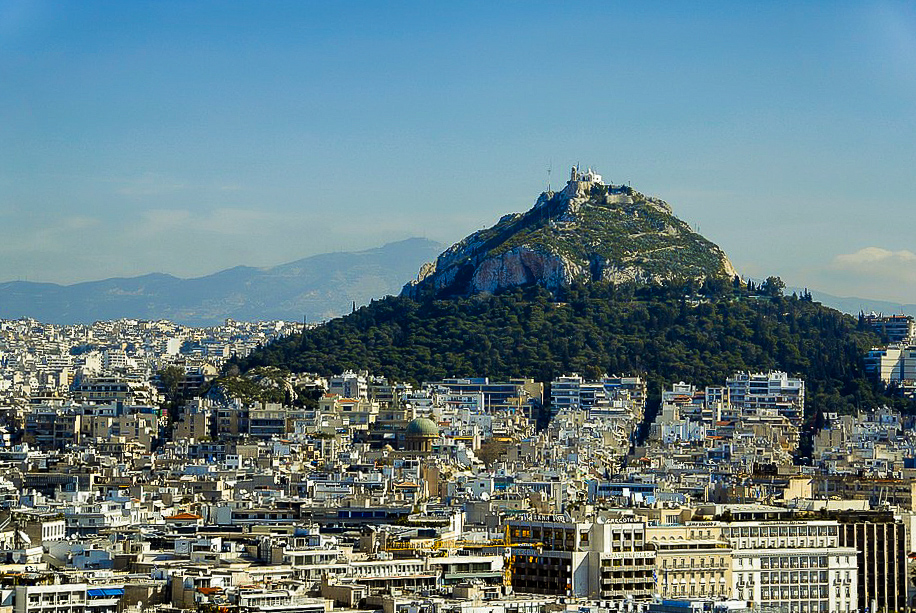 In addition to the unmissable Acropolis Museum, there are several others that you should add to your list. The Ancient Archaeological Museum, which has one of the greatest collections of ancient Greek artifacts and art in the world, is a must visit. One of the most impressive museums in the world, the museum has more than 11,000 exhibits ranging from prehistory to late Antiquity. Dive into our favorite collections on our Bronze, Marble and Gold: Paragons of Ancient Greece tour led by an archaeologist.

The Museum of Cycladic Art is a small, private museum that is one of the most interesting things to see in Athens, particularly for art history aficionados. Showcasing the collection started by Nicholas and Dolly Goulandris in the 1960s, the museum is dedicated to artifacts and art from the ancient cultures of the Aegean and Cyprus. It contains more than 3,000 objects, mostly from the third millenium BC, and is known for its marble Cycladic figurines, which inspired renowned 20th-century artists like Brancusi, Modigliani and Giacometti. 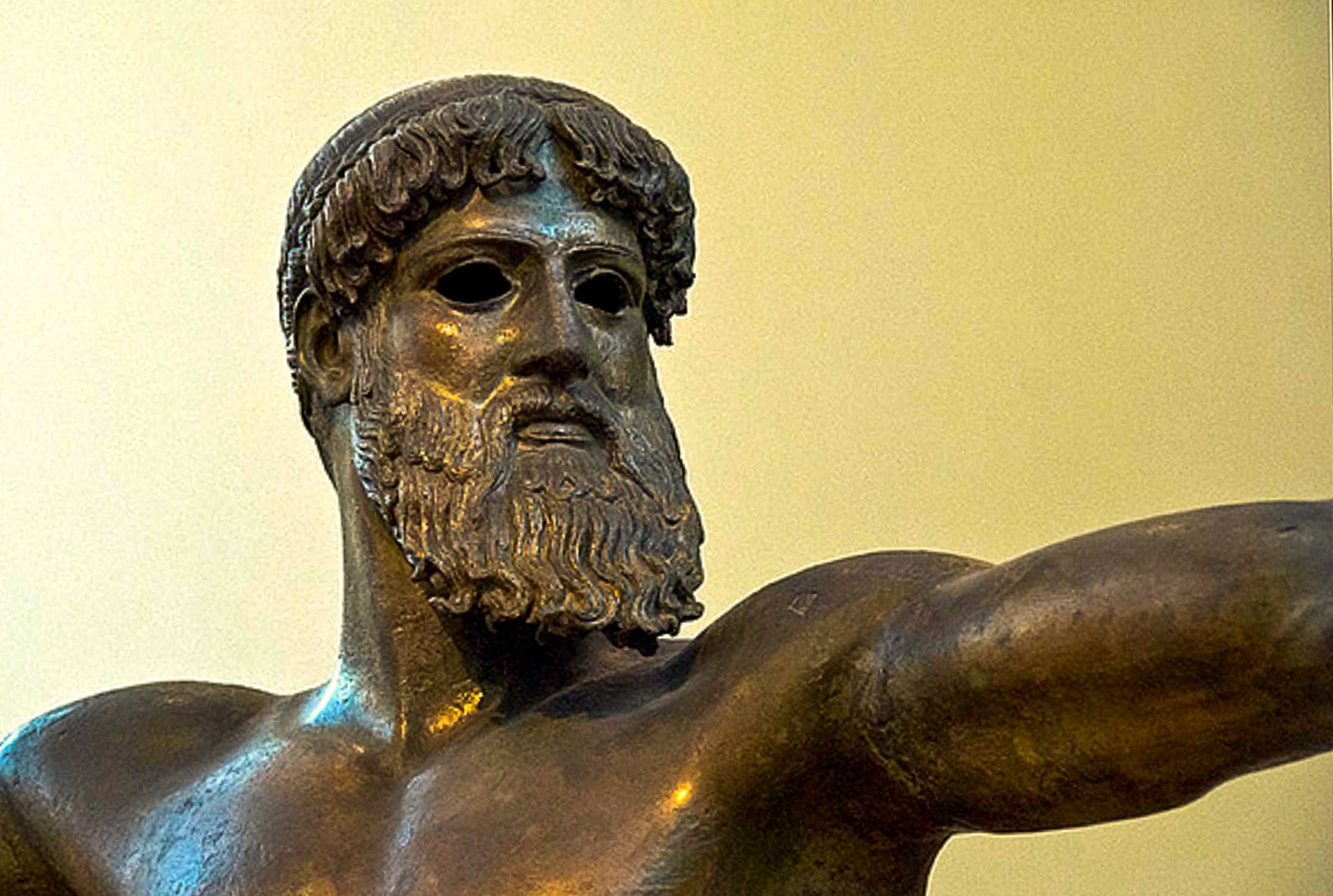 Retracing the footsteps of important Greek philosophers is just as important to a trip to Athens as the artifacts. Visit Akadimia Platonos (Plato’s Academy), the neighborhood where the ancient Greek philosopher founded the Philosophical Academy, a powerful center of culture and politics where Aristotle himself studied. Enjoy a stroll around the park, or have a picnic as you soak in the rich history of the area. To connect with the history of the area, the Digital Museum of Plato’s Academy, has a series of exhibits on the philosopher’s life, work and influence. Learn about the legacy of Plato and other ancient Greek philosophers on Athenian society in our Socrates, Plato, and the Pursuit Of Happiness tour led by a scholar. 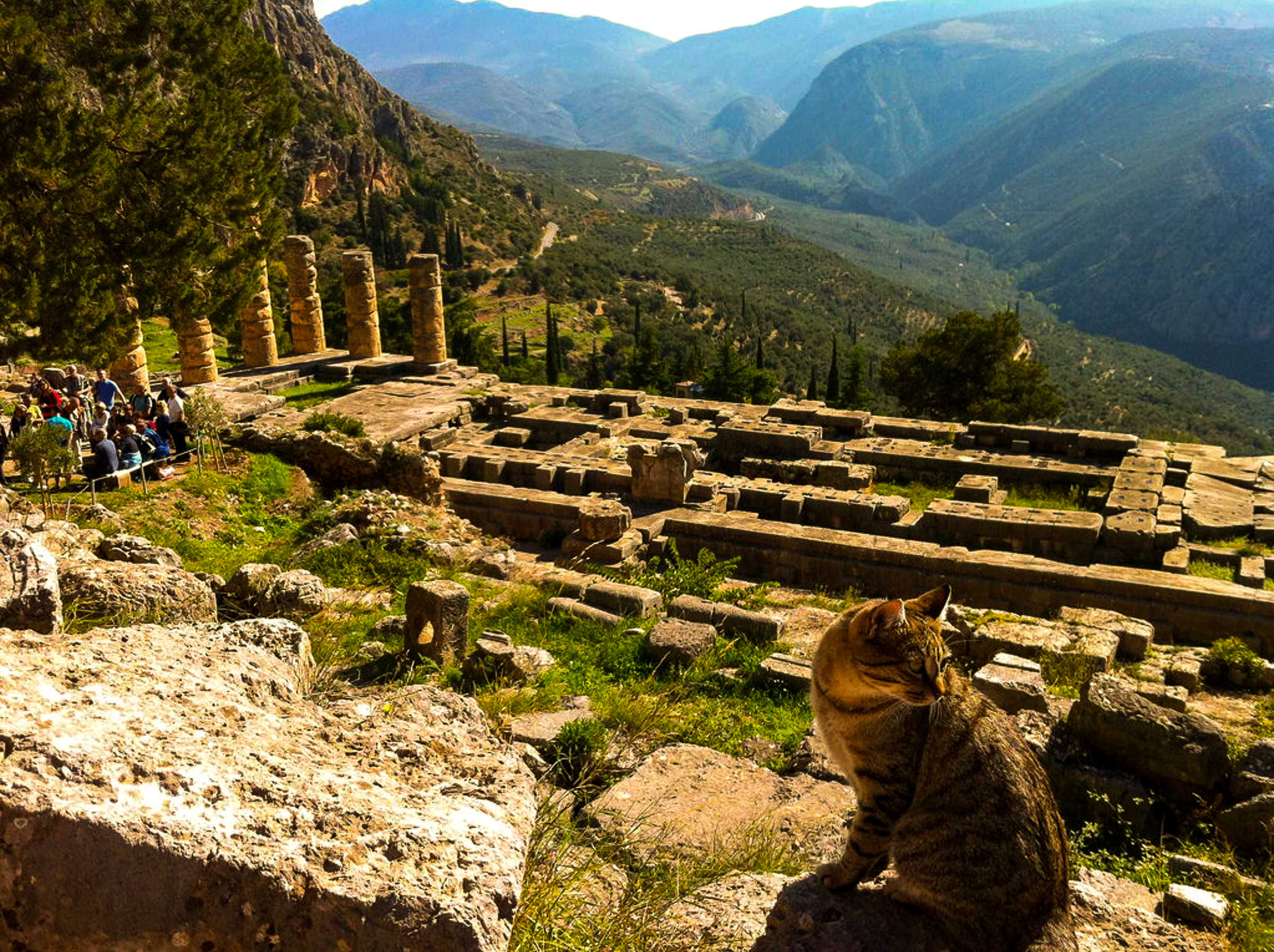 The Byzantine and Christian Museum, located in the beautiful Villa Ilisia, is a fascinating place to visit. It has more than 25,000 artifacts that range from the 3rd-century to the 20th-century. It is particularly known for religious art and objects from the early Christian, Byzantine and medieval eras. The museum is a testament to the powerful influence of the Byzantine empire. In the museum’s gardens, visitors can learn about the evolution of the river Ilissos, how water was supplied to Athens, and the Byzantine concept of paradise.

Daphni Monastery is an 11th-century Byzantine building and UNESCO World Heritage Site in the Athenian suburb of Chaidari. The historic monastery, which was built on the site of an ancient temple dedicated to Apollo, is famous for the magnificent mosaics depicting scenes from the Bible on its interior walls. The monastery is only open a few days a week, so be sure to check the hours before you head out. 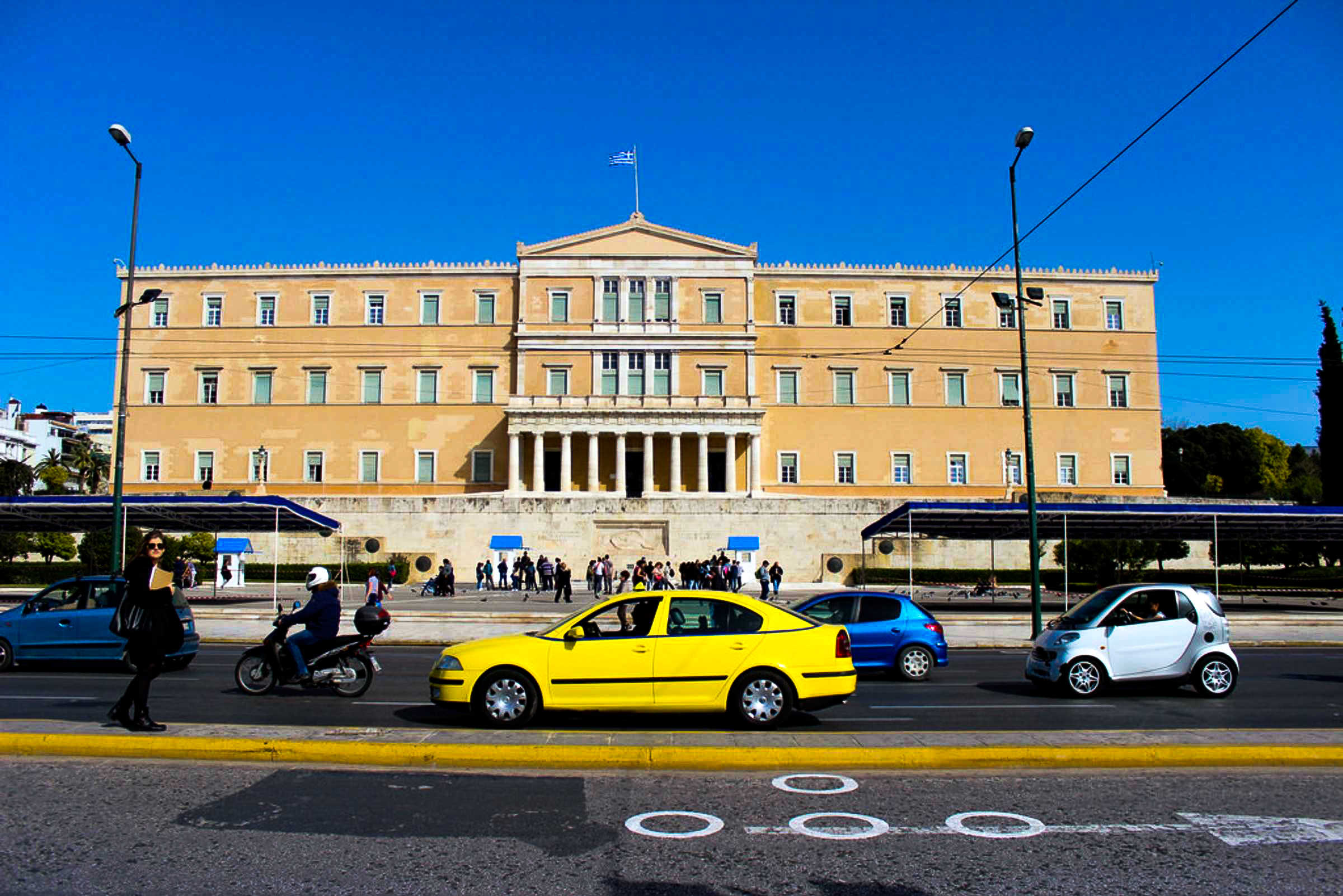 Syntagma Square, Athen’s central square, is the heart of the city and holds great historical and cultural significance. You can spend an afternoon exploring the square, which is frequent meeting point for contemporary activists. It is surrounded by the Greek Parliament, where you can catch the ceremonial changing of the guard on Sundays; the tranquil National Gardens, which have 500 species of plants and trees from around the world; the Tomb of the Unknown Soldier, built in honor of those who lost their lives defending Greece; luxury hotels like the Grande Bretagne, King George and the Athens Plaza Hotel; and Syntagma station, the busiest metro stop in the city, which has its own archaeological collection. Join our Contemporary Athens In Context tour to explore the area and learn about current politics, the impact of the financial crisis, and contemporary culture. 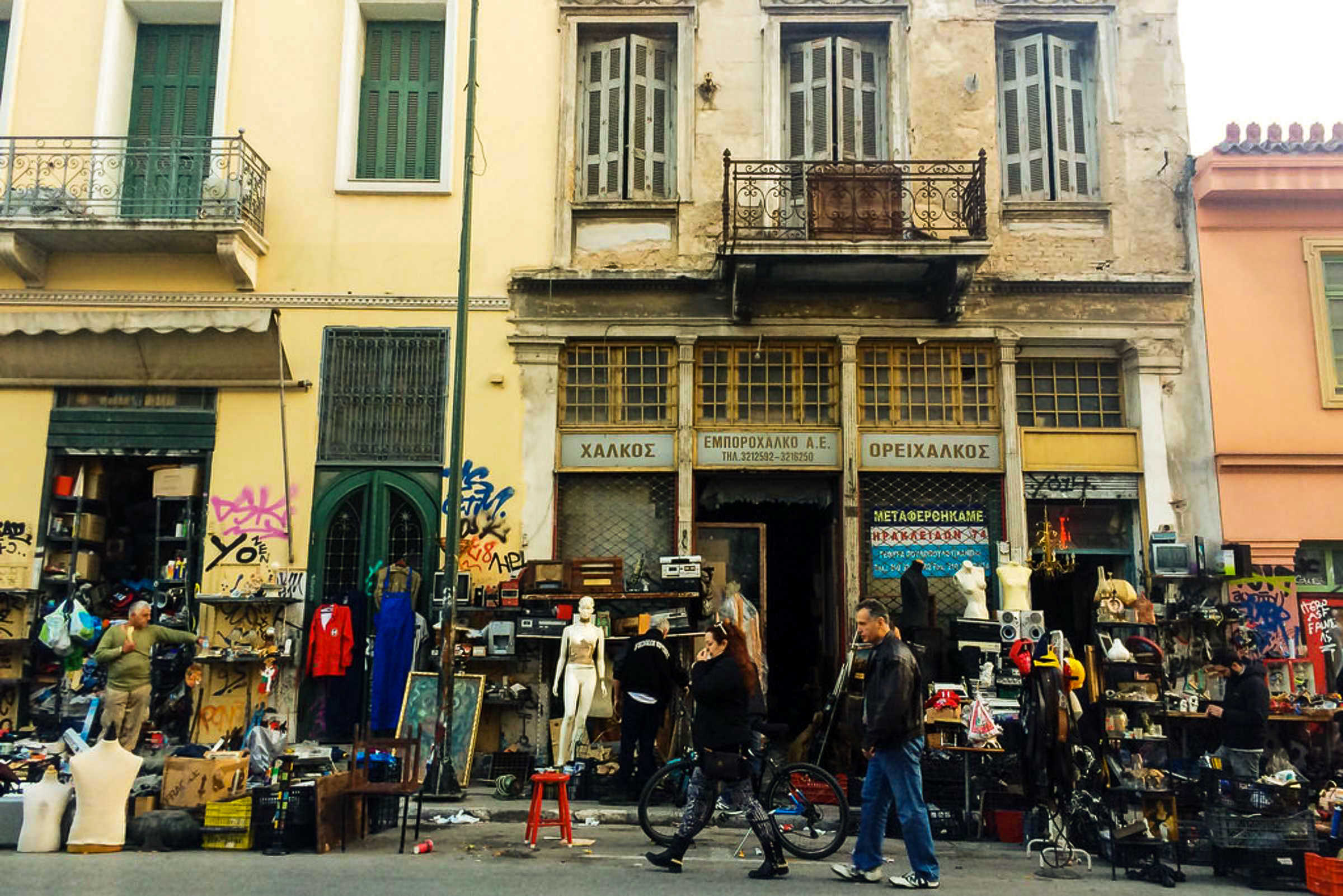 For shopping and food, head to Psyri and Monastiraki, lively neighborhoods with artisan stores, galleries, bars, tavernas, restaurants, and markets. In Psyri, sample some traditional snacks like souvlaki, loukoumades (Greek donuts), or koulouri (sesame Greek style bagel) from one of the many restaurants and bakeries. In Monastiraki, try out your bargaining skills at the bustling flea market, then, head to Varvakios Agora food market—the biggest in Greece—where you can buy meat, fish, fruits and vegetables, fresh olives, and spices. Join Beyond Feta, a Food Tour of Athens to explore Psyri and Varvakios Market and learn about Athenian food traditions from a culinary expert.

Want to learn with a true expert? Get a comprehensive view with one of Context's private or small group tours in Athens, or learn more about Greece with our interactive, live-taught seminars from the comfort of your own home.
Put Athens In Context with our other blog posts:
Company
Programs
Resources
Newsletter