How to Spend 36 Hours in Paris

The City of Lights has so much to offer and remains one of our most popular destinations. 36 hours in Paris is just (barely) enough time to get a feel for the city’s art, architecture, shopping, and food—it's the perfect way to prepare for a return trip. Here are our recommendations for a whirlwind day and a half in the French capital.

Start your day at the Palais du Luxembourg between the Latin Quarter and Saint-Germain-des-Près. The beautiful 17th century palace was home to Marie de Medici and now houses the French Senate. Behind the palace, there are spectacular gardens where people come to jog, read, have a picnic, or play the traditional French sport of pétanque. For families traveling with children, activities include a playground, a carousel, and pony rides.

The Seine and Paris’ Two Islands 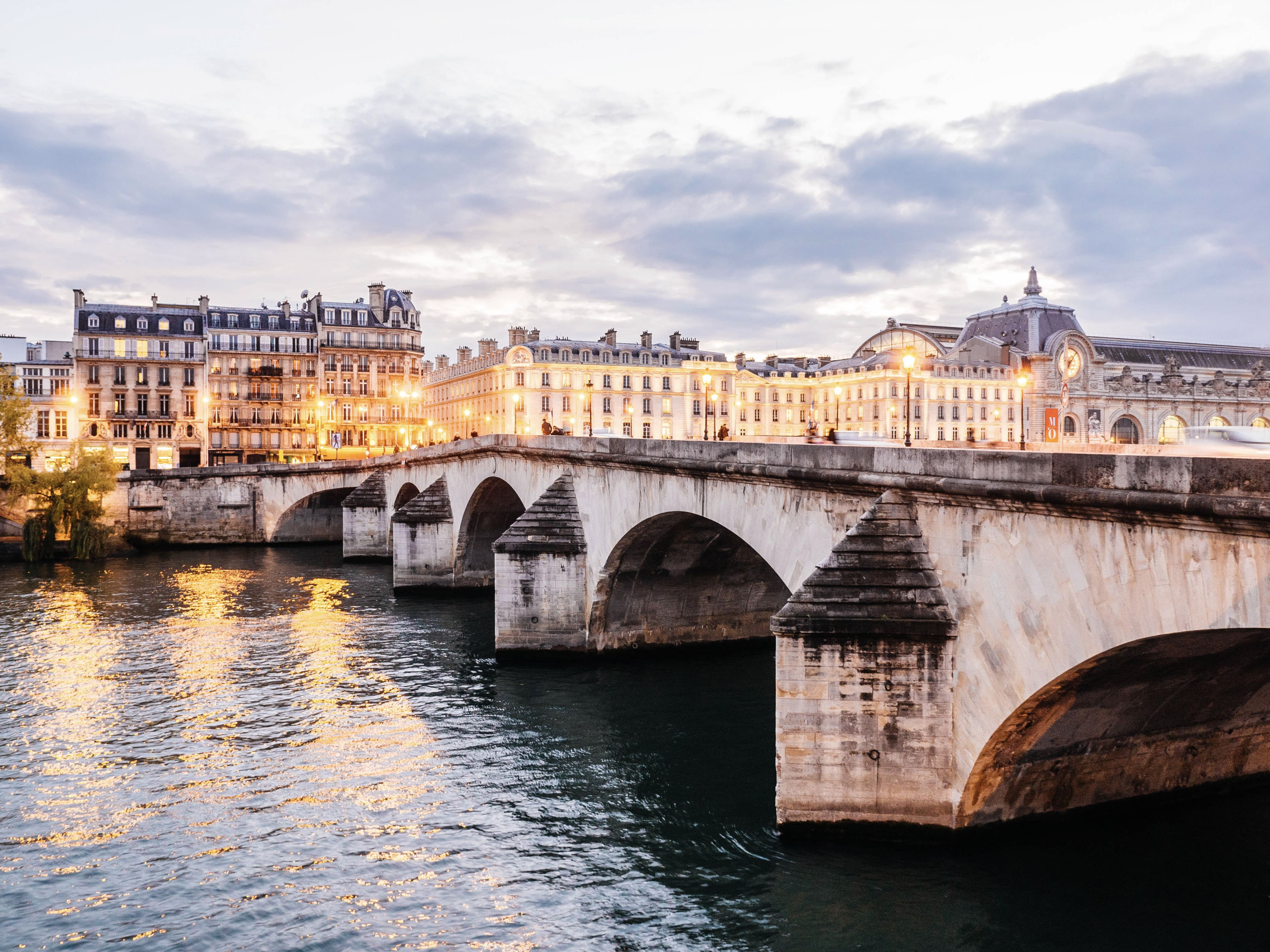 Head north to the Seine, where you’ll see bouquinistes, Parisian booksellers selling used books and souvenirs along the river’s banks. Walk across the Pont Neuf, one of the four bridges connecting the Île de la Cité to the rest of Paris. The Île de la Cité is home to the iconic Notre-Dame Cathedral, the Tour de l’Horloge and the Sainte Chapelle, a beautiful Gothic style chapel. Walk over to the Pont St. Louis to Paris’ elegant Île St. Louis and stroll through the cobblestone streets before stopping for an icy treat at the famous Berthillon Glacier, a luxury ice cream and sorbet shop.

Cross over to the Right Bank and head to Le Marais, a trendy neighborhood known for its narrow cobblestone streets, medieval architecture, and dynamic mix of different communities. Visitors can enjoy the numerous fashion boutiques, designer hotels, museums, galleries, boulangeries, restaurants and cafés. Highlights include the beautiful Place des Vosges, the Maison Victor Hugo and the Musée Picasso.

Refuel with a delicious pastry from Fou de Pâtisserie. In addition to original sweet treats, the shop has a variety of pastries from the city’s leading pastry chefs, including Pierre Hermé, Carl Marletti, Pierre Marcoloni and Jean-François Foucher. Another pâtisserie just one block away, Stohrer, is also worth a visit. Founded in 1730 by Louis XV’s pastry chef, it's the oldest one in Paris. (Check out other Parisian delights on our modern tastes of Marais, Parisian pastry, or French food tour.) 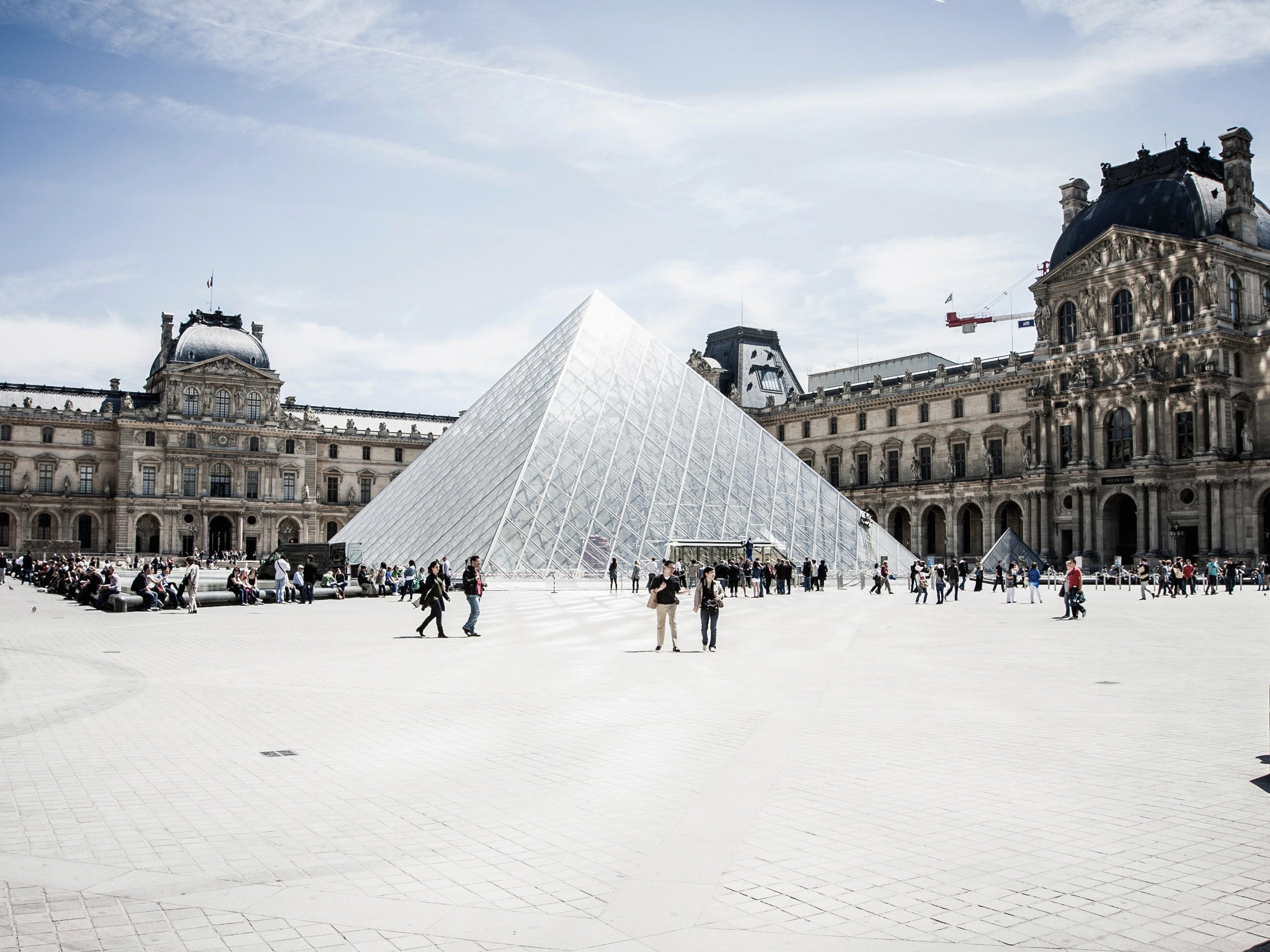 Walk ten minutes to the Louvre, the world’s largest art museum. Spend a few hours exploring the historic monument and the museum’s incomparable collections of artwork including the Mona Lisa, the Venus de Milo and other masterpieces. After getting your fill of art, stroll through the Jardins des Tuileries, the city’s largest garden located just outside the Louvre plaza. 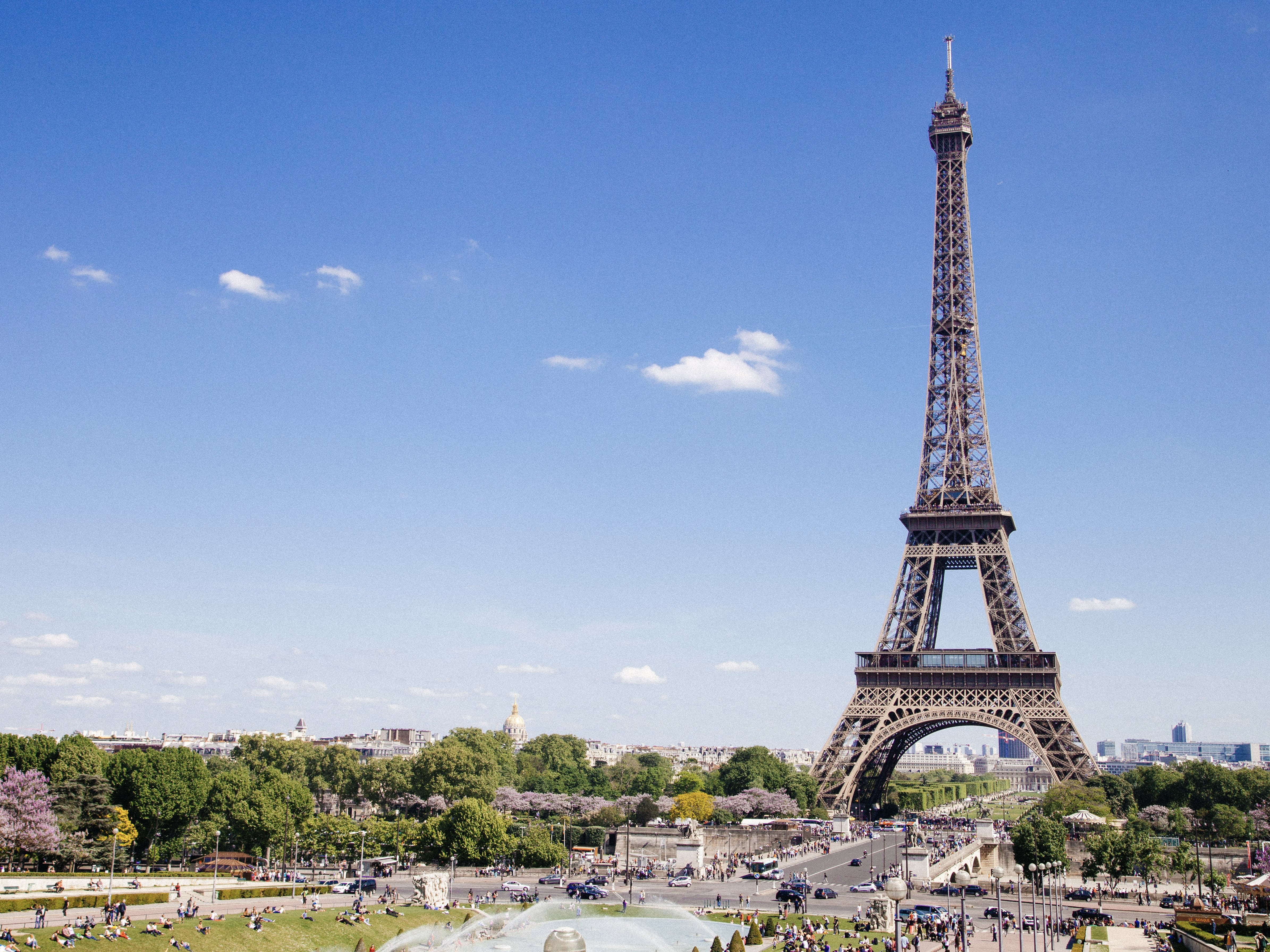 The Eiffel Tower is the cultural symbol of Paris (albeit a somewhat controversial one—we've yet to meet a Parisian who likes it) and one of the most visited monuments in the world. The 19th century architectural landmark is great to visit at night when the lights are switched on, lighting up the city. Standing over 1,000 feet tall, the monument has three levels that include observation decks, souvenir shops, a museum, restaurants (including the Michelin-rated restaurant), and a champagne bar.

Cruise down the Seine

As with any river city, one of the best ways to see Paris is from the water. While many people opt for the Bateaux Mouches—open excursion riverboats—for nighttime cruises complete with dinner, live music, and champagne, a more local (and less expensive) option are the Batobus, Paris' commuter boats. With nine stops near Paris' most popular sights, a Batobus day pass lets you hop on and hop off, while giving you an excellent view of the city layout and its origins on the Île de la Cité. 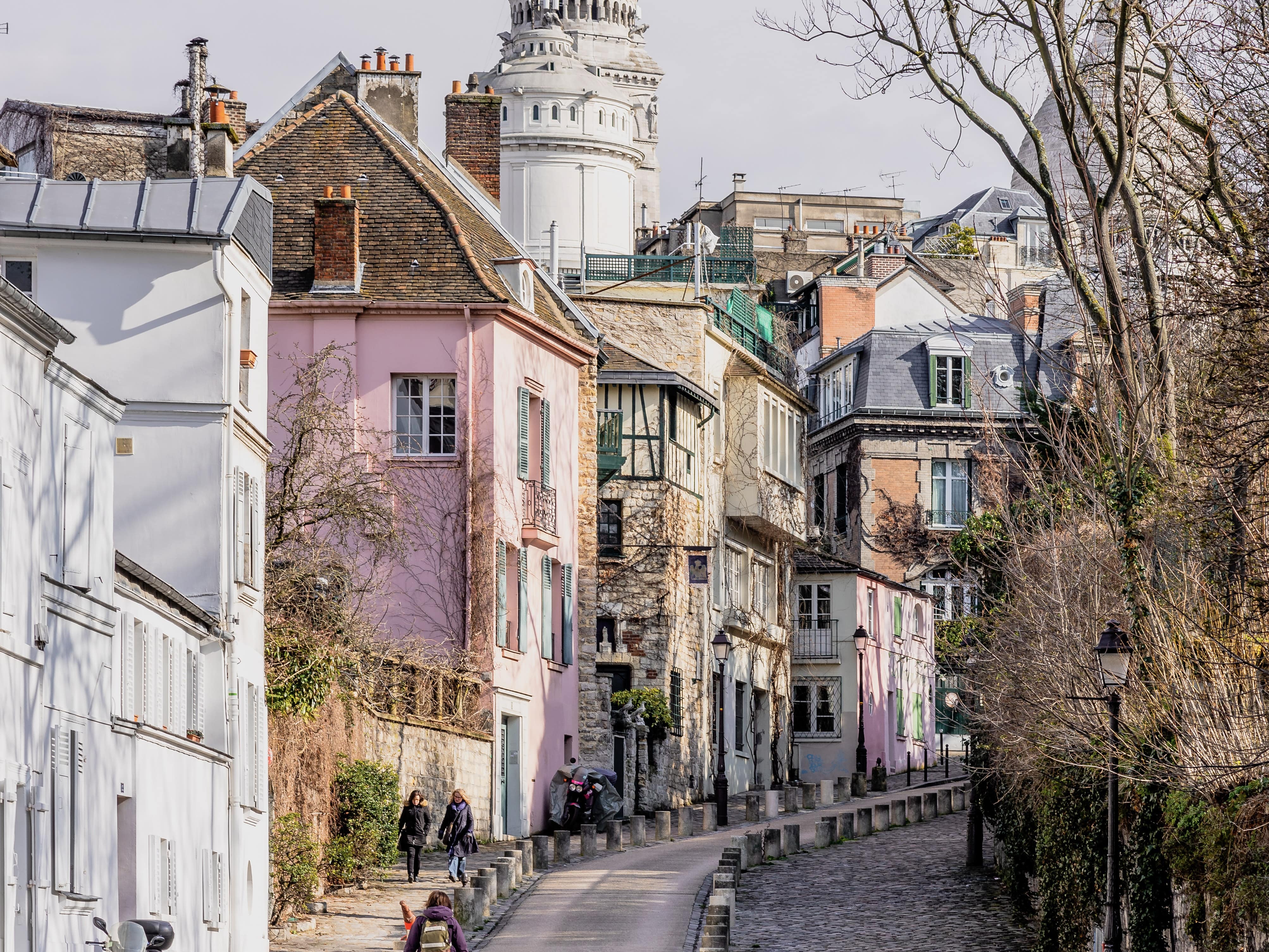 Wake up early and take a walk through the famous artist district of Montmartre, with its narrow streets, steep hills, and historical landmarks. The neighborhood has inspired artists from Modigliani to Picasso. Visit the famous Sacré-Cœur Basilica, which offers great views of the city. You can see artists at work and have your portrait done at the Place du Tertre.

Take the train to Opéra station and walk past the elegant 19th century Palais Garnier opera house to the Galeries Lafayette. Housed in an impressive Belle Époque building, the iconic department store has the latest in luxury fashion, jewelry and cosmetics. Continue your shopping experience next door at Printemps, another leading department store. Go up to the rooftop of either building and enjoy amazing views of the city. 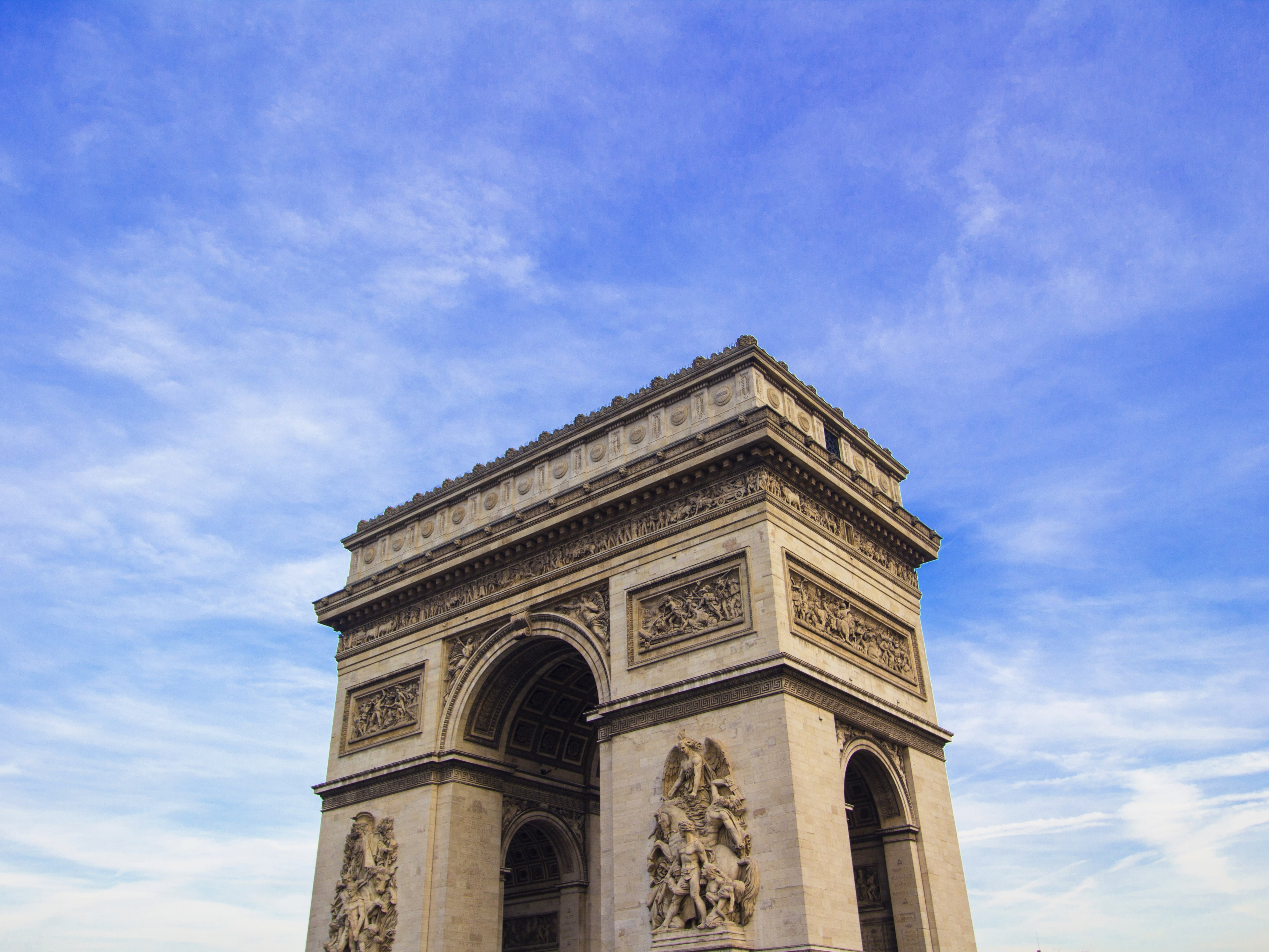 Hop on the metro to the Franklin D. Roosevelt stop and close out your visit with a walk down the Champs-Élysées, the city’s most famous avenue lined with restaurants and luxury boutiques, to the Arc de Triomphe, the world’s biggest arch commissioned by Napoleon. Voilà! This action-packed itinerary will give you a small taste of what the City of Love and Lights has to offer. For a more in-depth experience, consider one of our Paris specialty tours guided by local experts in history, gastronomy and art.